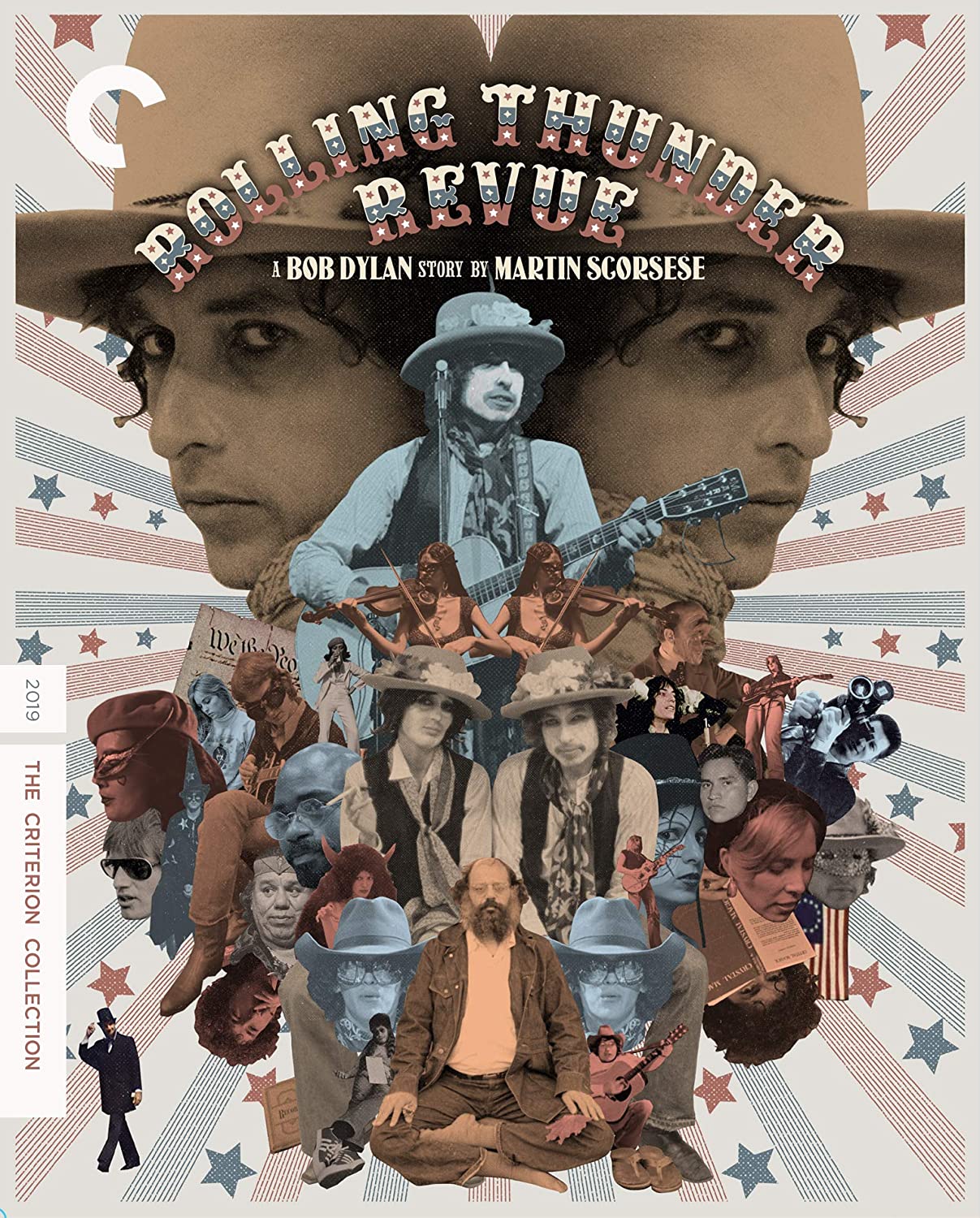 In 1975, in an America defined by both the self-mythologizing pomp of the upcoming bicentennial and ongoing sociopolitical turmoil, Bob Dylan and a band of troubadours—including luminaries such as Joan Baez, Allen Ginsberg, and Joni Mitchell—embarked on a now-legendary tour known as the Rolling Thunder Revue, a freewheeling variety show that was part traveling counterculture carnival, part spiritual pilgrimage.

Director Martin Scorsese blends behind-the-scenes archival footage, interviews, and narrative mischief, with a magician’s sleight of hand, into a zeitgeist-defining cultural record that is as much a concert “documentary” as it is a slippery, chimerical investigation into memory, time, truth, and illusion.

At the center of it all is the magnetic Dylan, a sphinxlike philosopher-poet singing, with electrifying conviction, to the soul of an anxious nation.