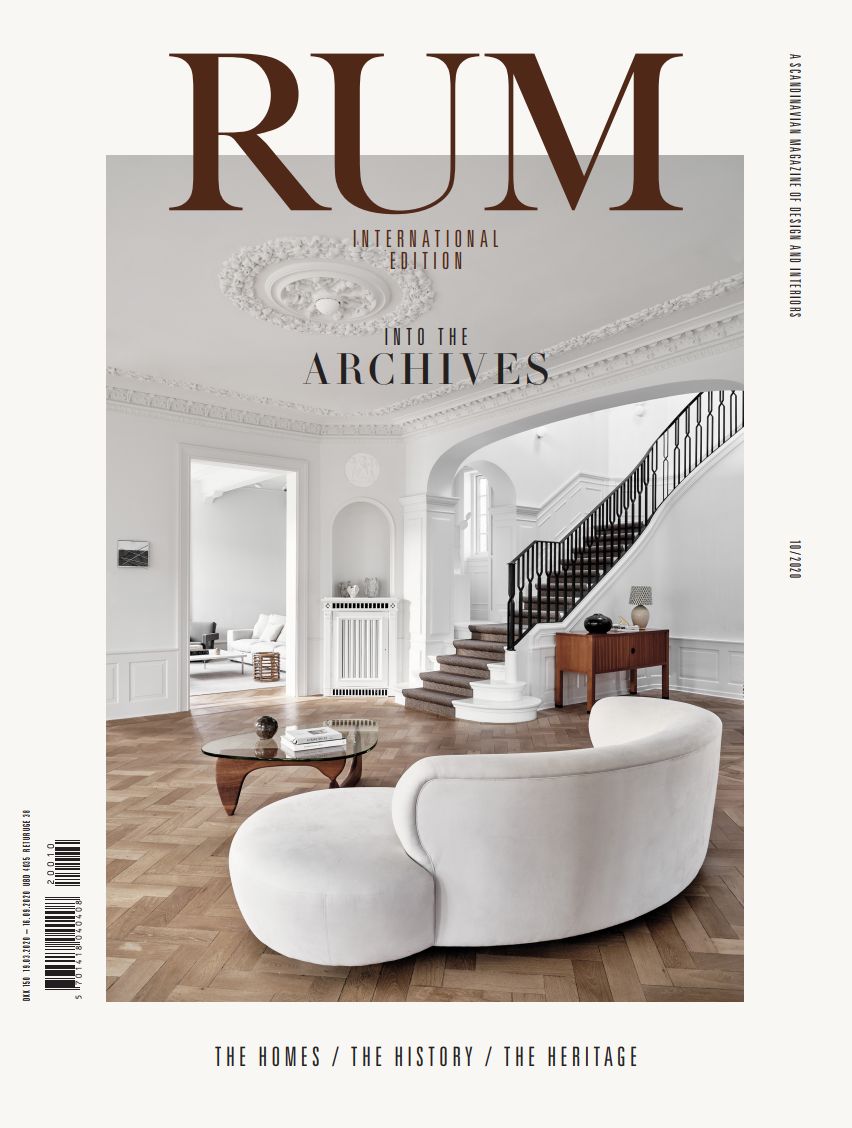 Rum International is an high-end english language magazine in will showcase the best of Rum. The magazine appeals to design aficionados and professionals, and is deeply rooted in the Scandinavian lifestyle, but with an international scope.

We are heading inside the archives in this issue of RUM – spatially as well as spiritually. In RUM’s universe, archives are an inescapable source of inspiration. We visit creatives who work with archive material or are in the process of producing it themselves. The archive at Georg Jensen, as one of the treasuries we pay a visit to,  is according to its chief creative officer Nicholas Manville of the utmost importance for the company to truly understand its’ contribution to design over the past century. And at GUBI Creative director, Jacob Gubi Olsen explains what it’s like to work with the archives and heirs of some of the world’s late, great designers.

Showcasing incredible homes is one of the most important cornerstones of RUM’s DNA and in this issue the Copenhagen-based Bülow-Askari family invite us inside their wholly unique house, which is the result of a very personal process.

We also take a trip north to Stockholm, where the Swedish fashion house Acne Studios have made their new headquarters in a 1972 brutalist building. Creative director Jonny Johansson tells us about the work on the building, which alongside original features has centred on close collaborations with a number of international artists.

In our big interview we talk to Mette Hay, who for the past 20 years has left her mark on Danish design history as one half of the global design success HAY.