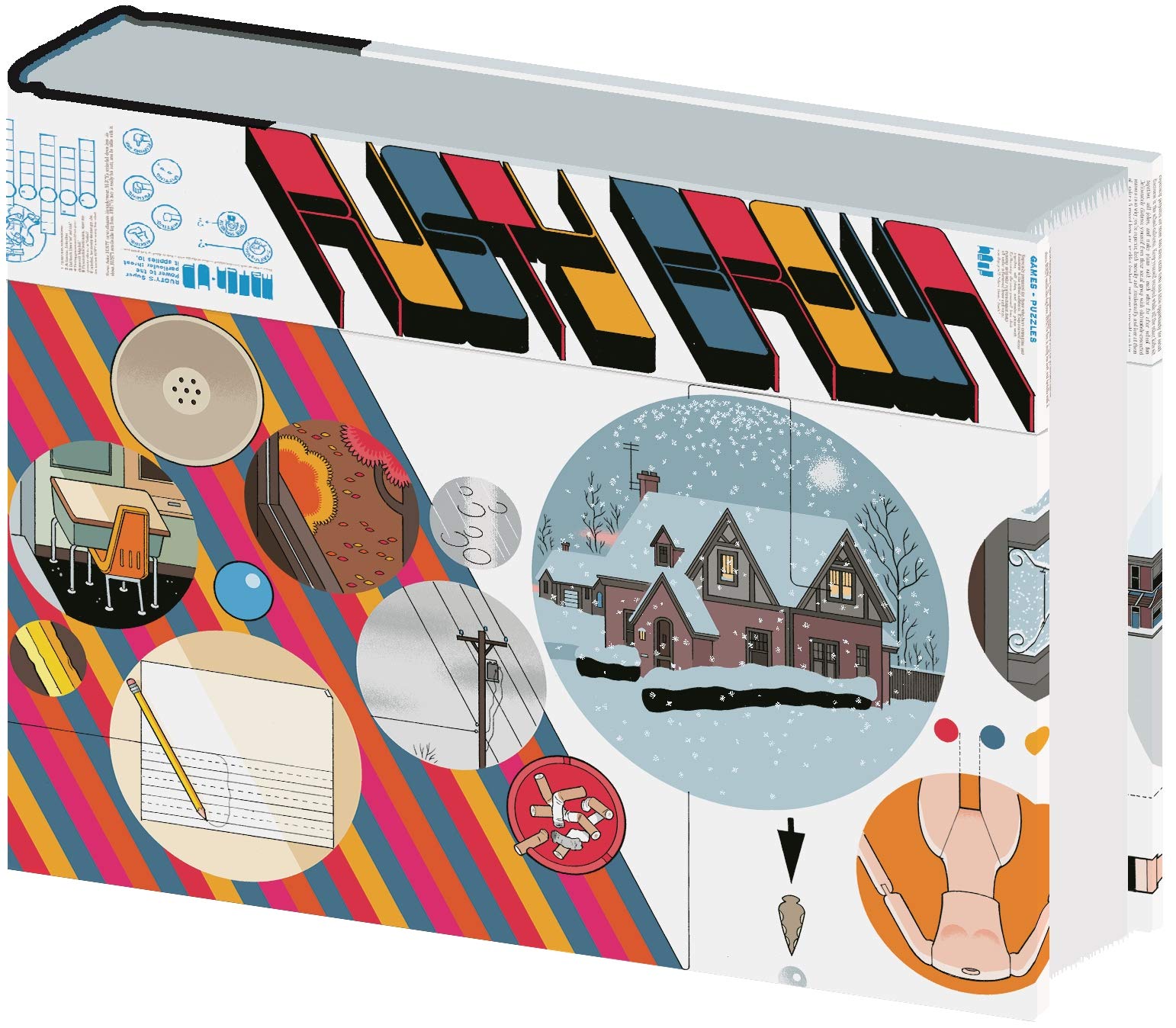 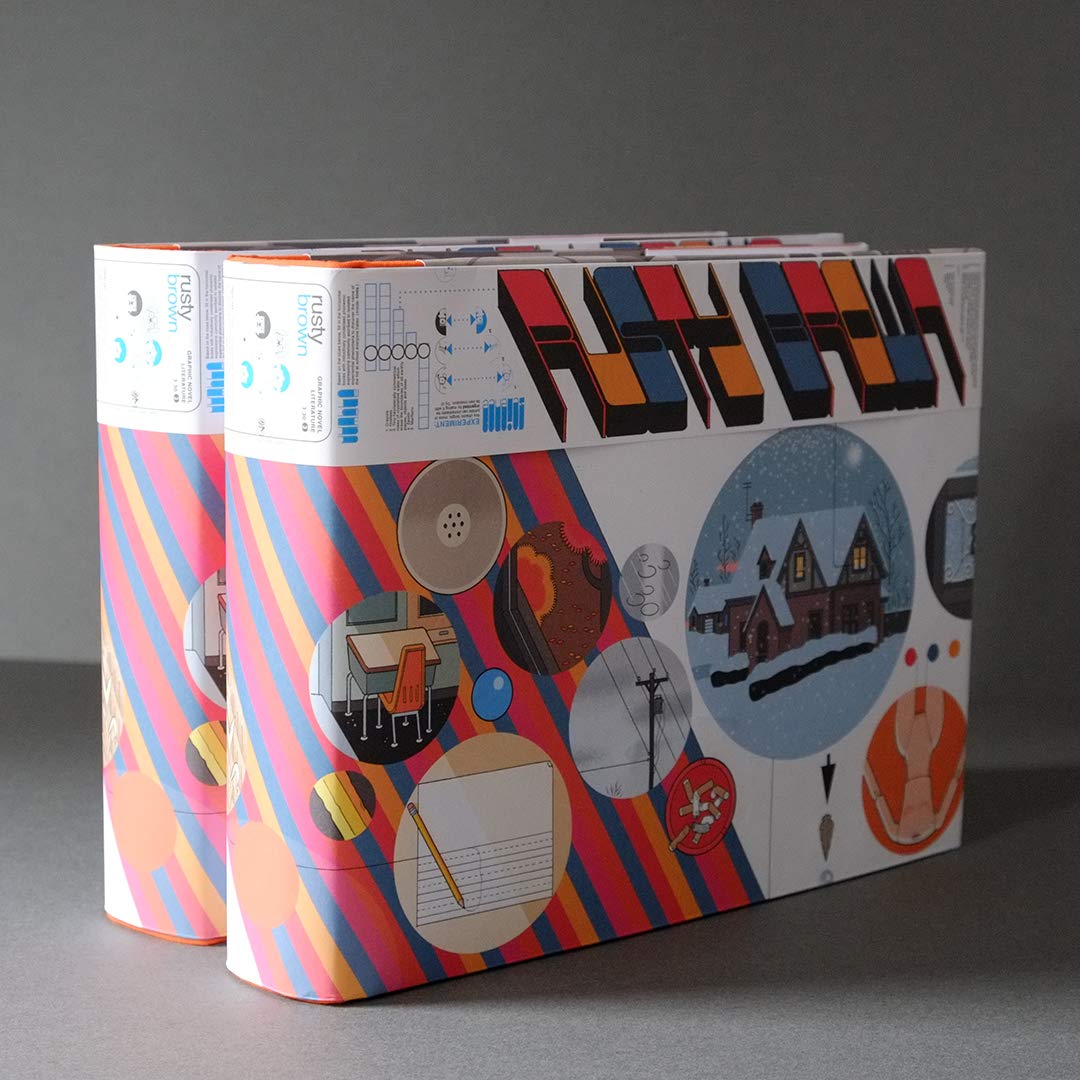 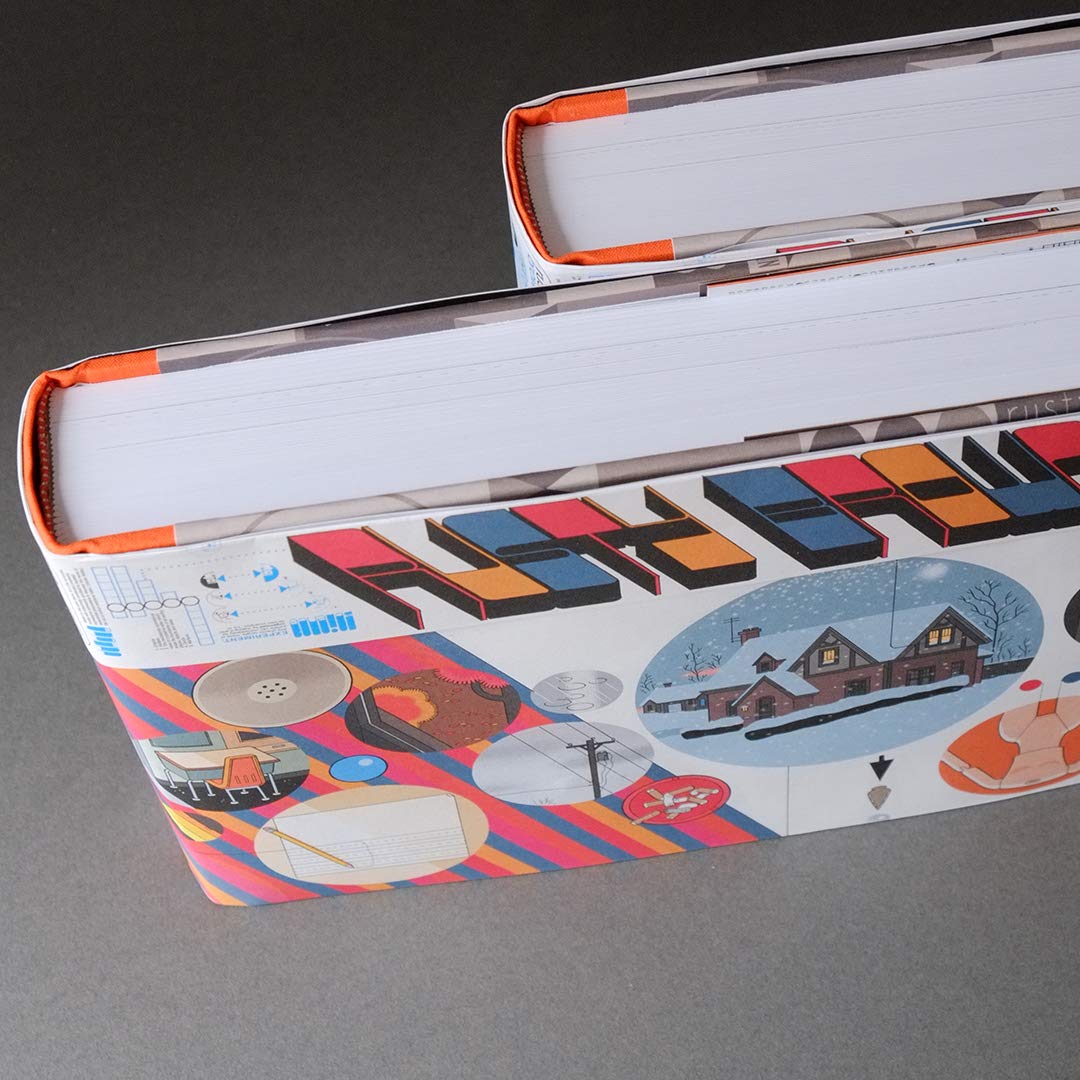 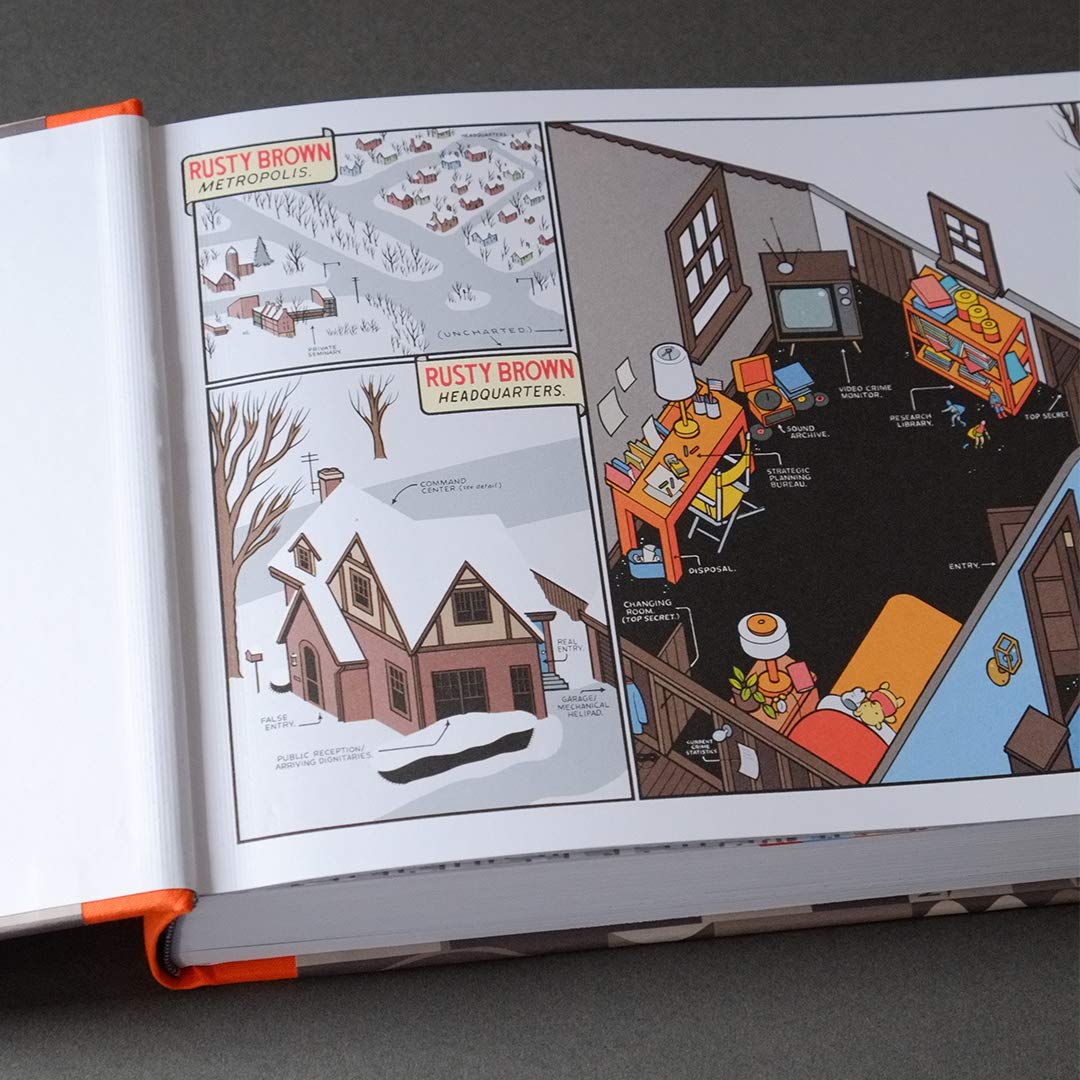 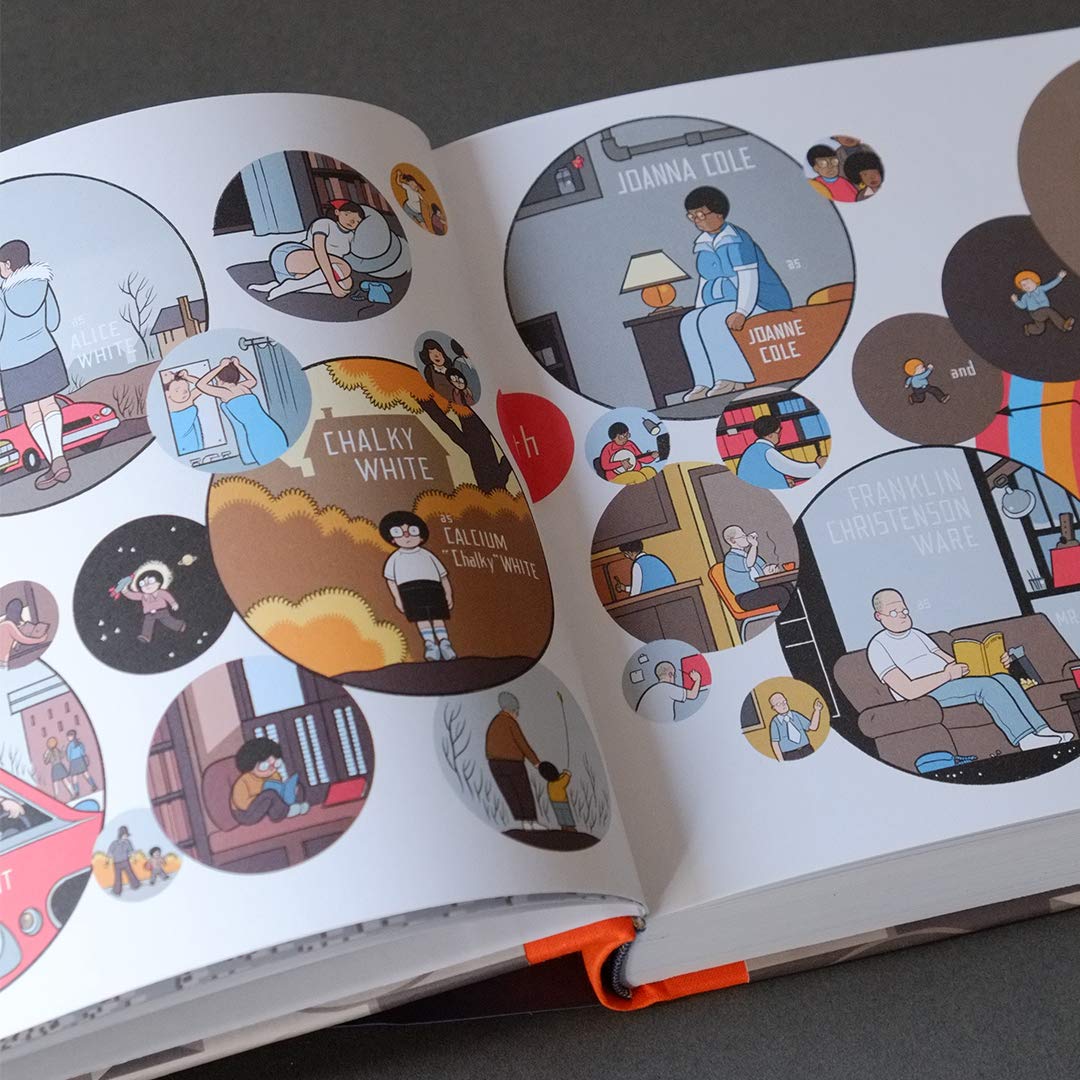 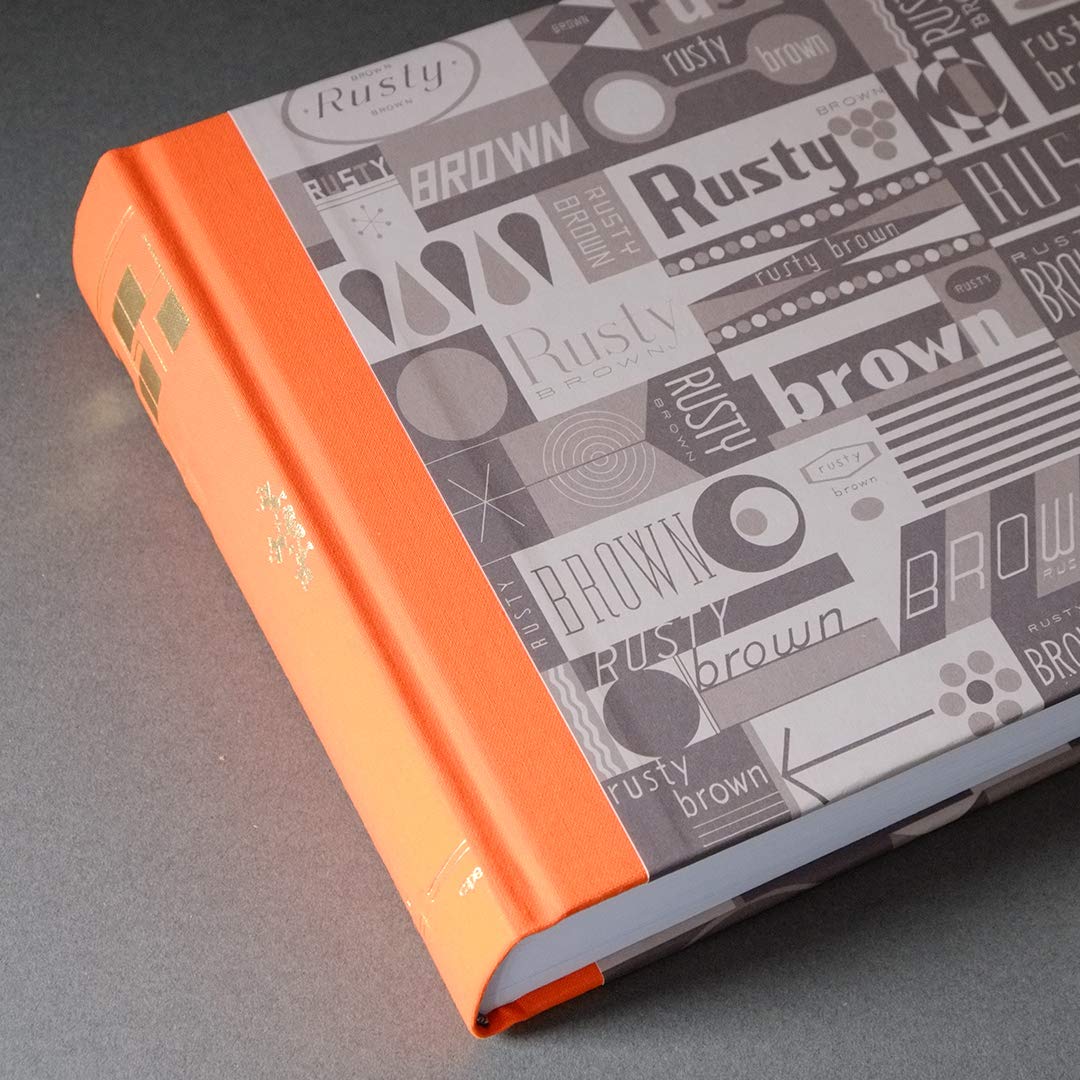 Discover the long-awaited new book from the author of Jimmy Corrigan, the Smartest Kid on Earth and Building Stories. The perfect gift for graphic novel fans!

‘The week after I finished the last page of Jimmy Corrigan I immediately started a new long story based on characters who had originated as parodies, but whom now I wanted to humanize… amidst a setting of memories of my Omaha childhood and Nebraska upbringing.’ (Chris Ware, Monograph)

Now, twenty years later, Ware is publishing Rusty Brown in book form. It is, he says, ‘a fully interactive, full-colour articulation of the time-space interrelationships of six complete consciousnesses on a single Midwestern American day and the tiny piece of human grit about which they involuntarily orbit.’ The six characters are Rusty Brown himself, a shy schoolkid obsessed with superheroes, his father ‘Woody’ Brown, an eccentric teacher at Rusty’s school, Chalky White, another schoolboy, Alison White, Chalky’s sister, Jason Lint, an older boy who bullies Rusty and Chalky and fancies Alison, and the boys’ teacher, Joanne Cole. Ware tells each of their stories in minute detail (or as he puts it, ‘From childhood to old age, no frozen plotline is left unthawed’), producing another masterwork of the comics form that is at once achingly beautiful, heartbreakingly sad and painfully funny.

*A Spectator Book of the Year*

‘A treasure trove of invention… With its awe-inspiring exploration of regret and ageing, anxiety and ennui… Rusty Brown is a human document of rare richness’ Guardian

‘Chris Ware is one of the great writers of our generation…I spent 20 minutes reading the cover of Rusty Brown. Buy it. Buy all his work. Make your life larger.’ Mark Haddon, Observer, ‘The Best Books of 2019 Picked by the Year’s Best Writers’