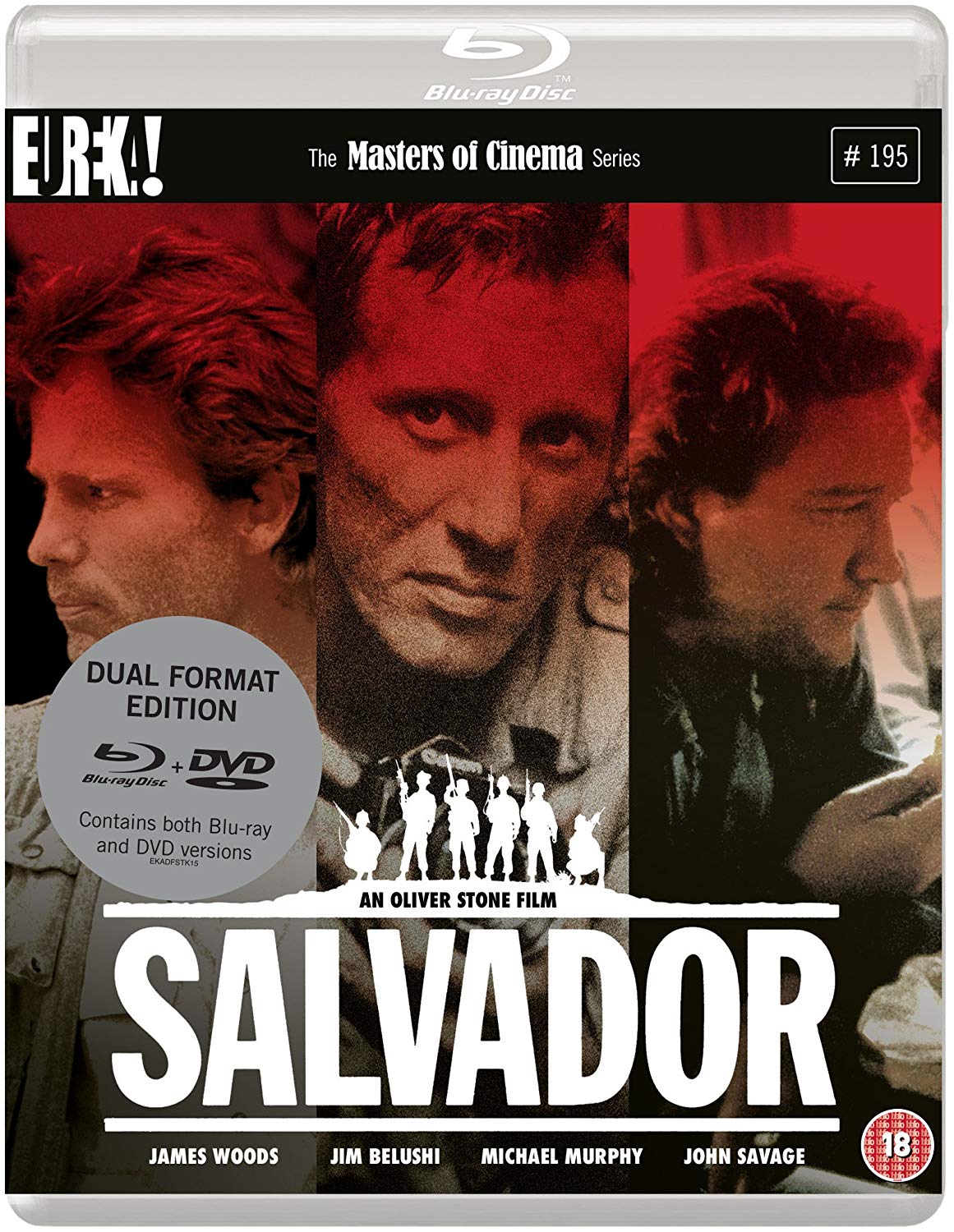 A harrowing drama set during the Salvadoran Civil War, Salvador is a one of director Oliver Stone’lauras most underrated films, a thrilling and violent look at the chaos of war as seen through the lens of an amoral photojournalist.

In 1980, young men, women and children are being brutally killed in a bloody civil war in El Salvador. A horrific setting, but a perfect one for Richard Boyle (James Woods in an Oscar®nominated role), a sleazy journalist whose career needs a jumpstart. Armed with his camera, Boyle joins the front lines in an attempt to capture atrocious-but-valuable images of pain and horror. But with each picture he takes, he catches a tragic side of humanity that ignites his long-buried compassion. And he unexpectedly discovers something that will change him forever: his soul.

Also starring Jim Belushi (Thief, Twin Peaks: The Return) and John Savage (The Deer Hunter, The Thin Red Line), Salvador is a searing critique of the United States role in the Central American crisis, and The Masters of Cinema Series is proud to present the film in its UK debut on Blu-ray in a special Dual Format edition.

Special features:
• 1080p presentation of the film on Blu-ray (with a progressive encode on the DVD)
• Optional 5.1 or uncompressed LPCM mono soundtracks
• Optional English SDH subtitles
• Feature length audio commentary with director Oliver Stone
• An extensive archival interview with Oliver Stone at the BFI
• A rarely heard, lengthy audio interview with Oliver Stone from 1986
• Into The Valley of Death (62 mins) A documentary on the making of Salvador
•
Deleted and Extended scenes
• Original theatrical trailer
• A collector s booklet featuring a new essay by critic and journalist Barry Forshaw; extracts from the film s original press-book; and archival imagery
• Reversible Sleeve