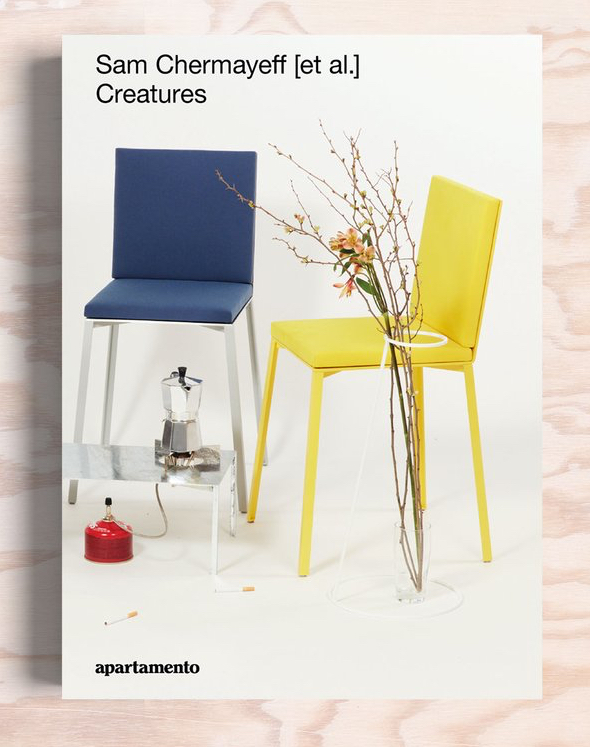 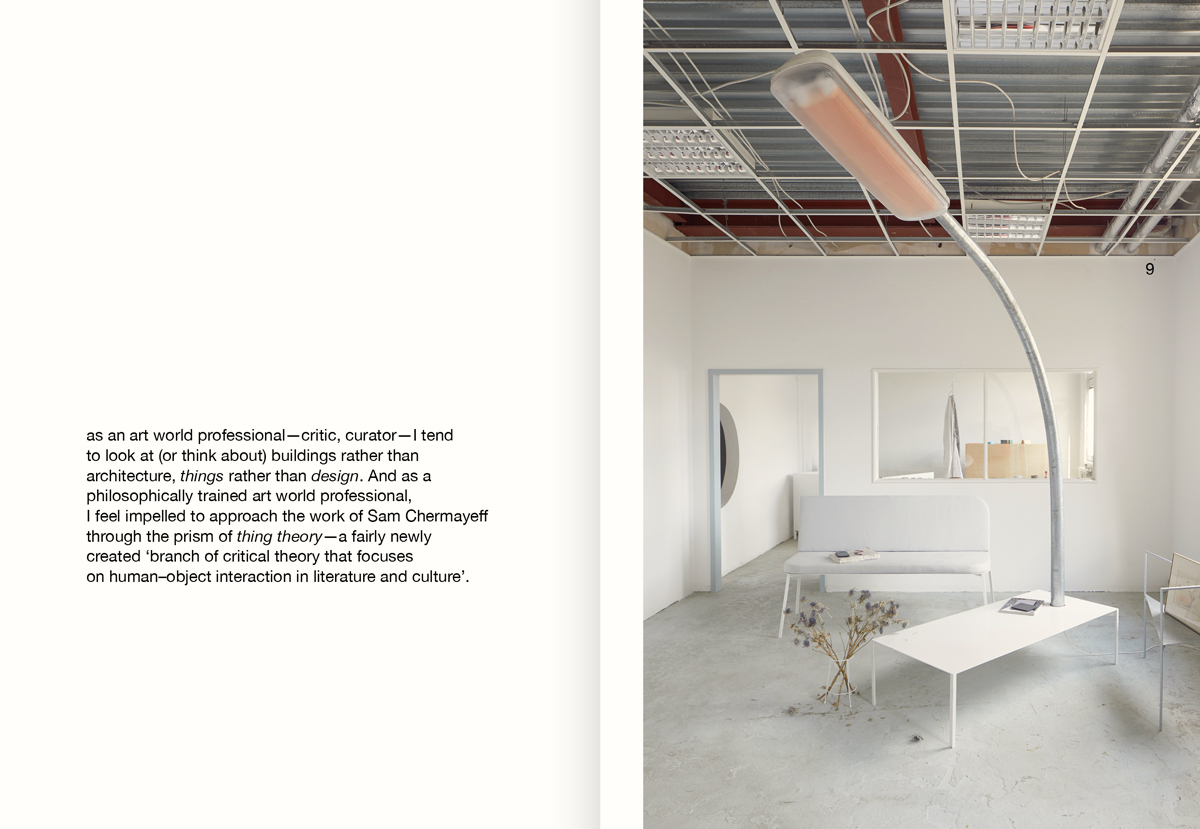 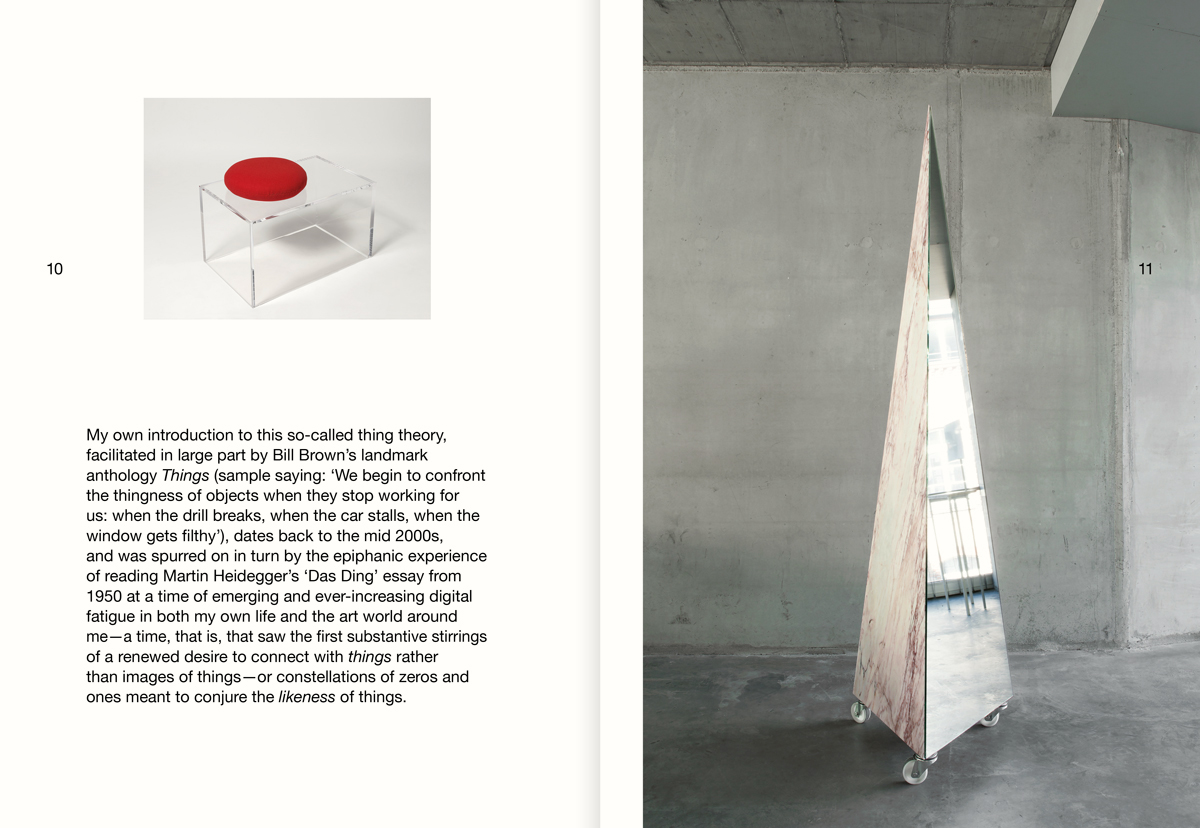 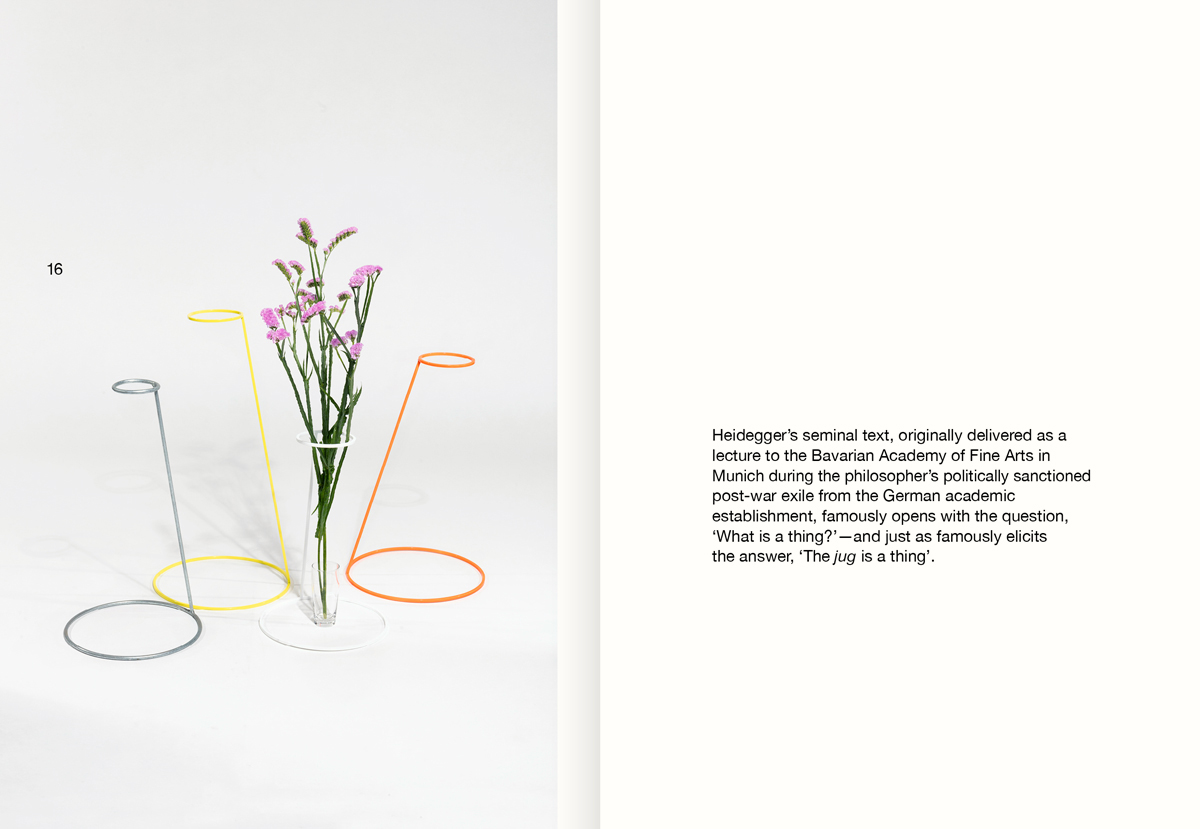 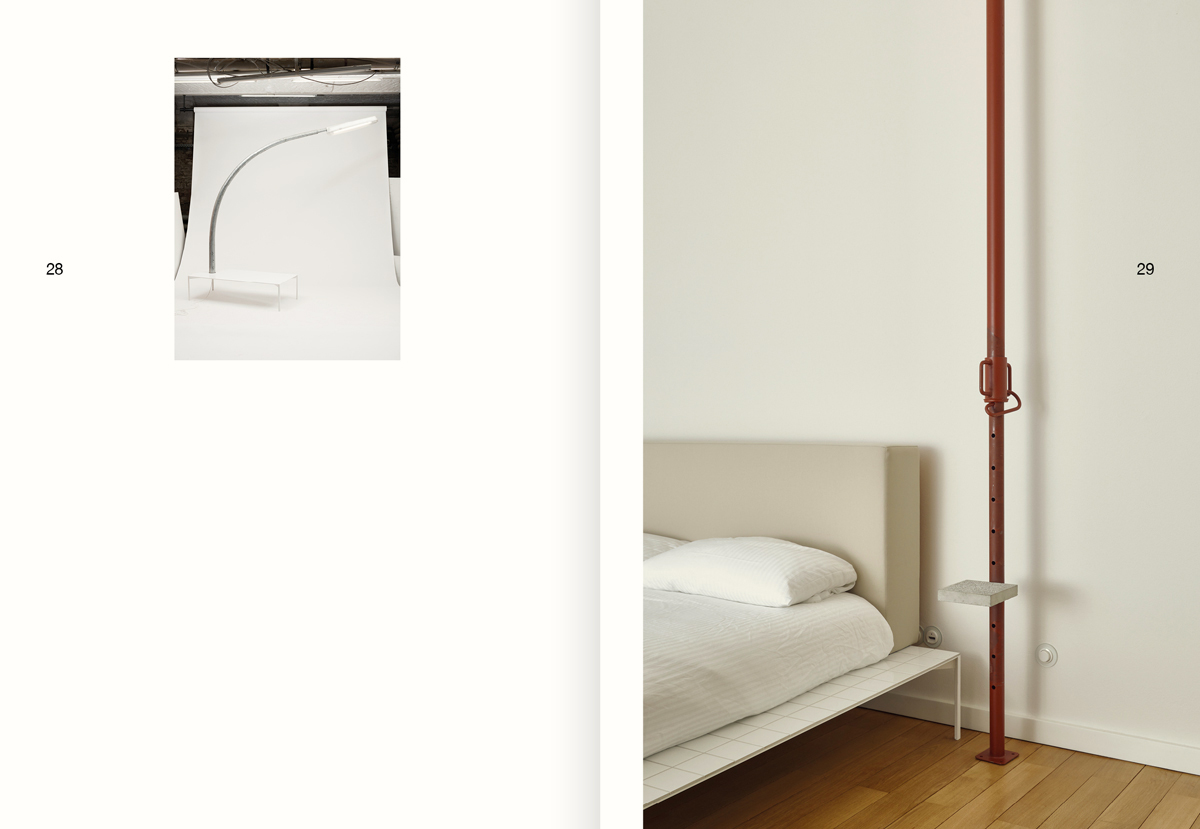 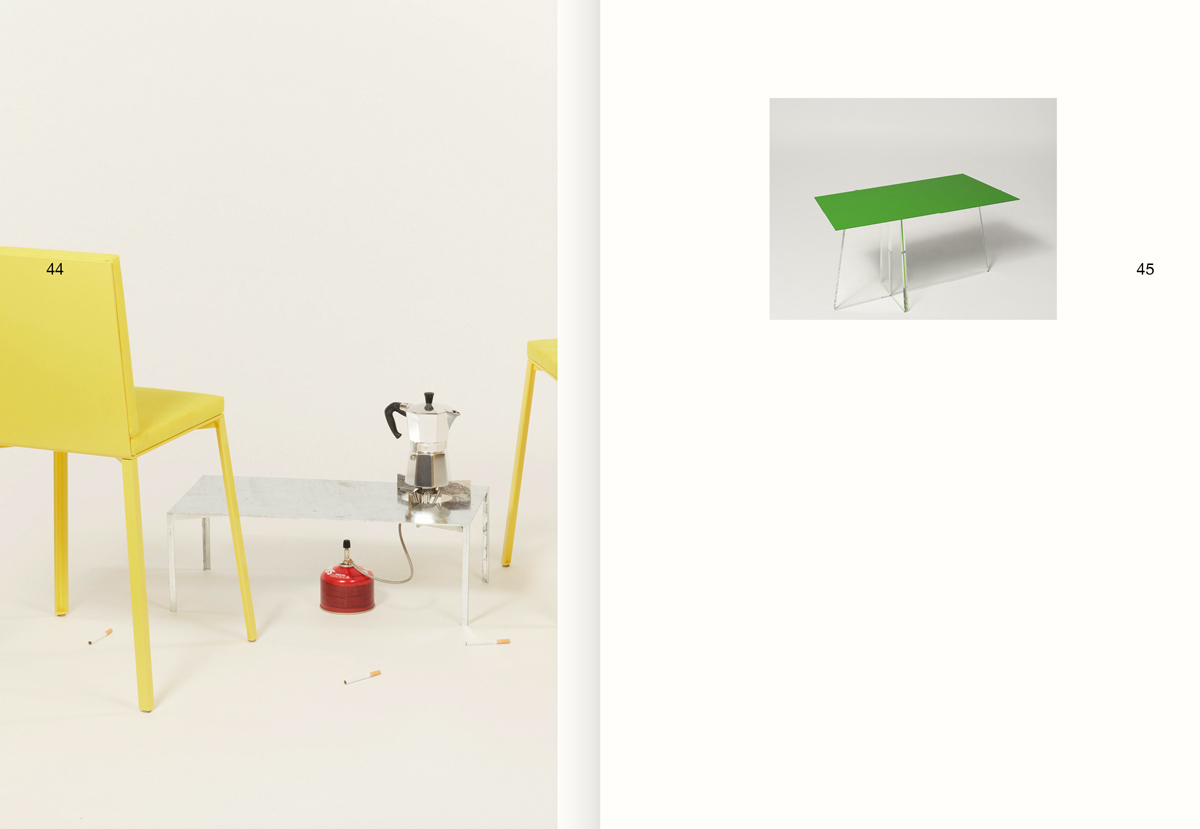 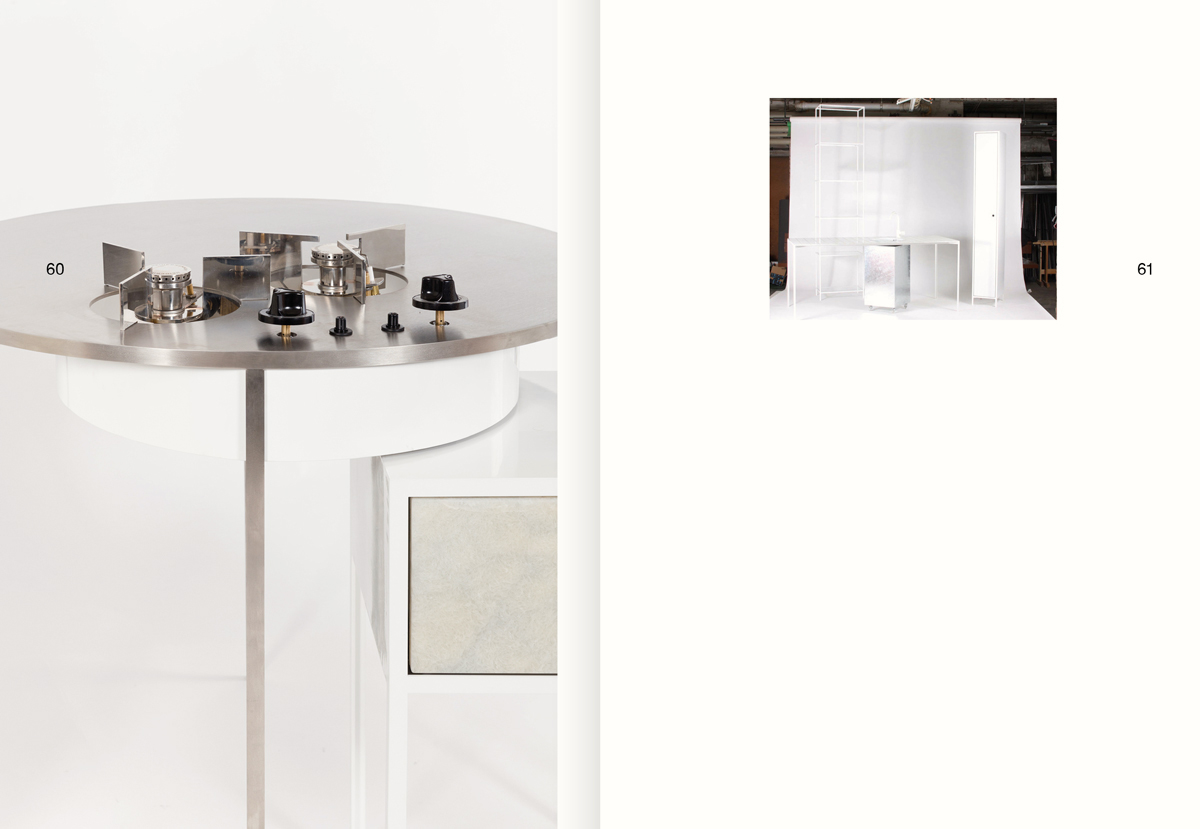 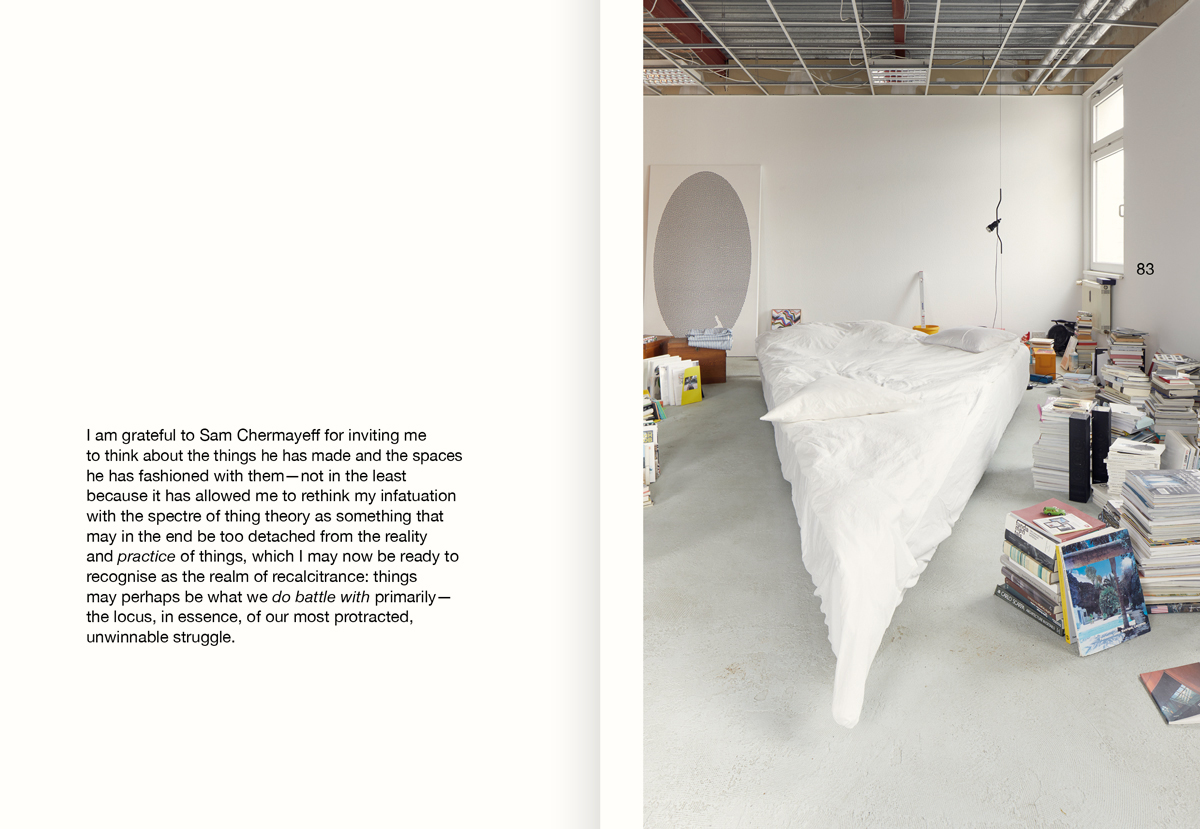 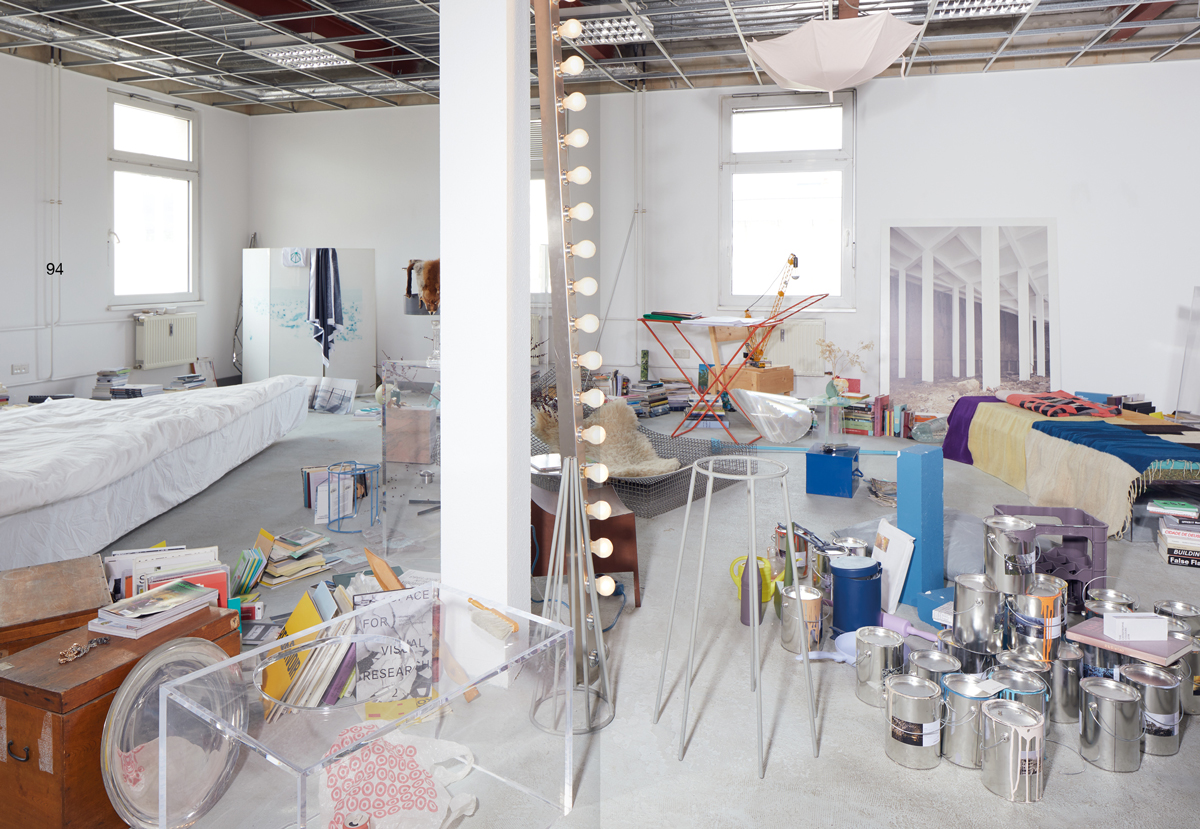 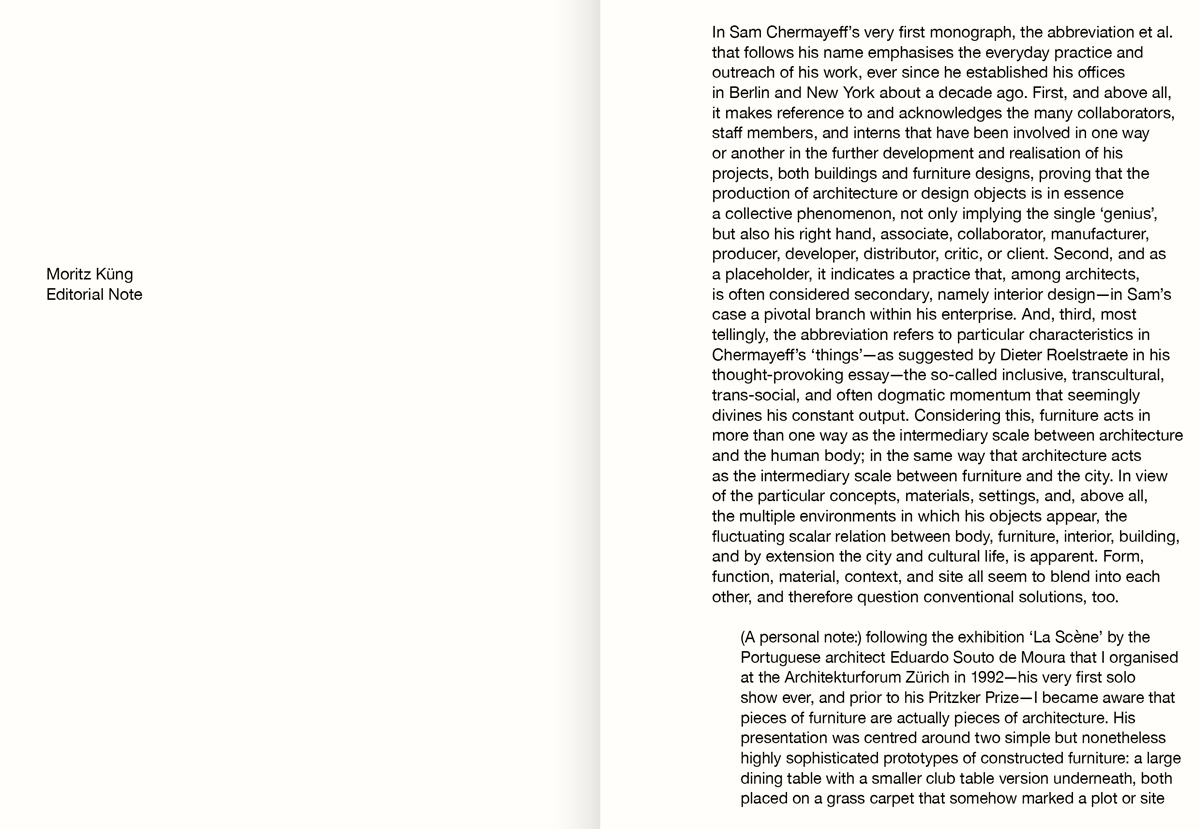 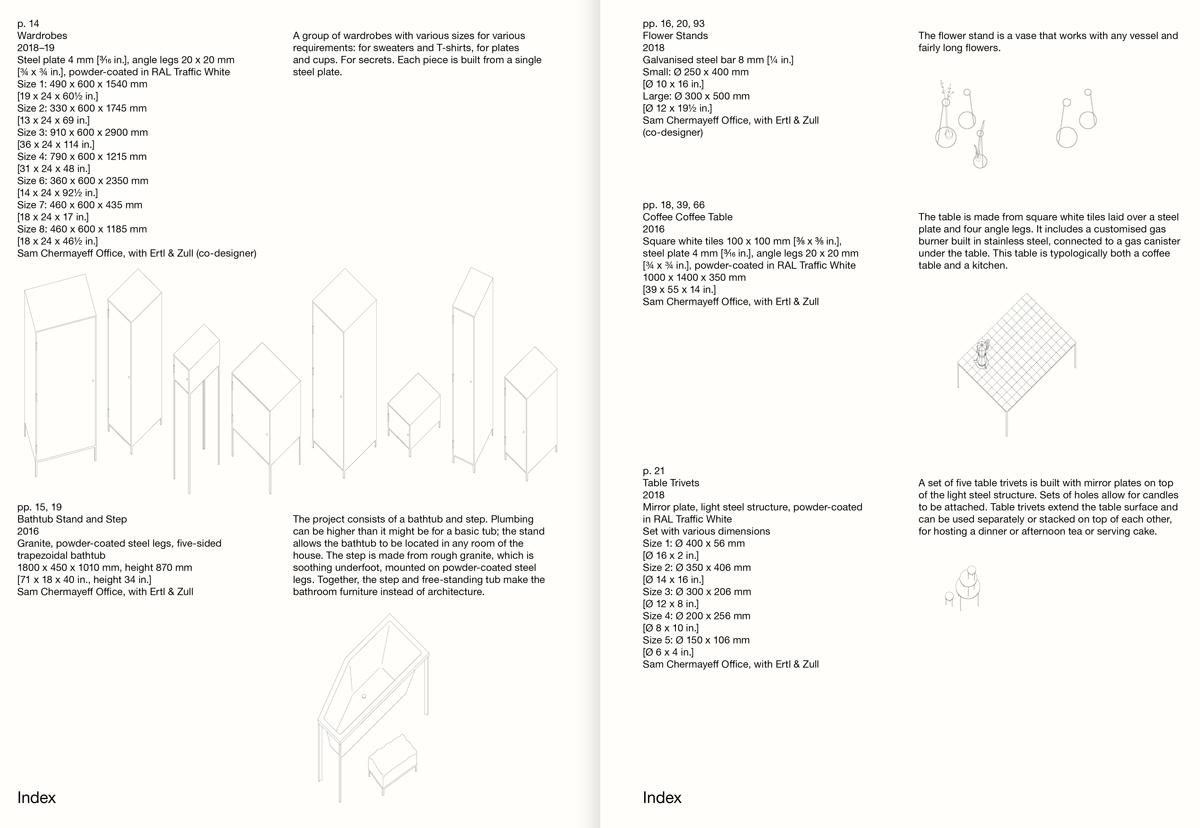 Sam Chermaye [et al.]: Creatures, edited by Moritz Küng, is a look back through nearly two decades of experimental projects undertaken by the Berlin-based architect Sam Chermaye and his collaborators— for the most part pieces of furniture whose use, appearance, or application has been reimagined and readapted. But these ‘creatures’ are not just conceptual; they’re made to be lived with daily and all start with the idea that personal whim is probably the best guide for producing any design that’s to be lived with day in, day out.

Photos of these objects go hand in hand with an essay by writer and curator Dieter Roelstraete, who talks us through Chermaye ’s work in the context of ‘thing theory’, a school of thought that focuses on human-object interactions. Readers move back and forth between their own view of Chermaye ’s creatures and Roelstraete’s re ections on the nature of ‘things’, as he also draws on cultural gures like Heidegger, Francis Ponge, Marina Tsvetaeva, and Karl Ove Knausgård, and our relationship to the indomitable presence of objects in our lives.

Sam Chermaye is an architect, curator, designer, and teacher undertaking projects worldwide. Trained in architecture at the University of Texas at Austin and the Architectural Association, London, Sam is a founding partner and director of the architecture rms June14 Meyer-Grohbrügge & Chermaye and Sam Chermaye O ce. With o ces in New York and Berlin, the studios are collaborative practices that begin with a desire to make things, places, and atmospheres for people. On a practical level, the principals have experience in a wide range of projects, from small gardens and bespoke furniture to o ce towers.

Moritz Küng is a Barcelona-based independent curator, critic, and editor working at the intersection of visual art, architecture, and artists’ book publishing. He’s curated the Belgian pavilion for the 2002 São Paulo Art Biennial, 2008 Venice Biennale of Architecture (with O ce KGDVS), and various exhibitions, while also editing an array of monographs and catalogues raisonnés.

Dieter Roelstraete is curator of the Neubauer Collegium at the University of Chicago, where he also teaches. He previously worked as a curator for documenta 14 in Kassel and Athens, served as the Manilow Senior Curator at the Museum of Contemporary Art Chicago, and curated several shows at the Museum of Modern Art in Antwerp. He has published extensively on contemporary art and related philosophical issues.