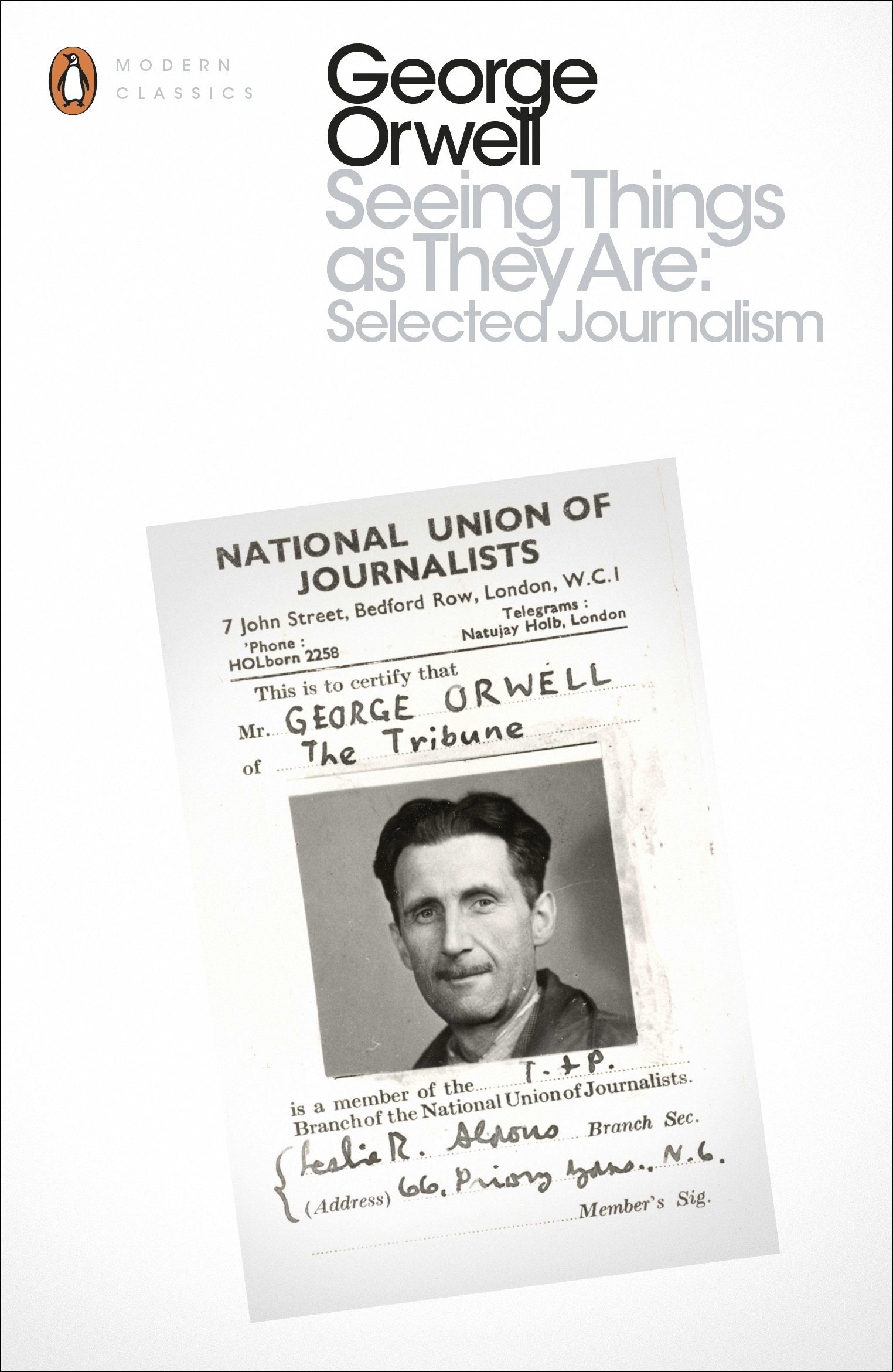 Seeing Things as They Are: Selected Journalism and Other Writings

George Orwell wrote, in his words, from ‘a desire to see things as they are’. This new collection of his journalism and other writings, including articles, essays, broadcasts, poems, book and film reviews from across his career, shows his unmatched genius for observing the world. Whether discussing Polish immigration or Scottish independence, railing against racism, defending the English language or holding an imaginary conversation with Jonathan Swift, these pieces reveal a clear-eyed, entertaining and eternally relevant chronicler of his age.

Edited with an introduction by Peter Davison

‘Orwell’s luminous gift was for seeing things, for noticing what others missed, took for granted or simply found uninteresting, for discovering meaning and wonder in the familiarity of the everyday… Nothing escaped or seemed beneath his notice, which was what made him such a good reporter…Seeing Things As They Are is intended to be a collection first and foremost of his journalism, with preference given to lesser-known pieces and reviews as well as some of the poems he wrote. It is full of interest and curiosities’ Jason Cowley, Financial Times

‘Peter Davison gives us a feast of [Orwell’s] shorter writings, showing how from such hesitant beginnings he evolved into the writer of enduring importance we know, committed to decency, equality and political honesty, who could nevertheless wax lyrical over the first signs of spring or an imaginary English pub’ Gordon Bowker, Independent