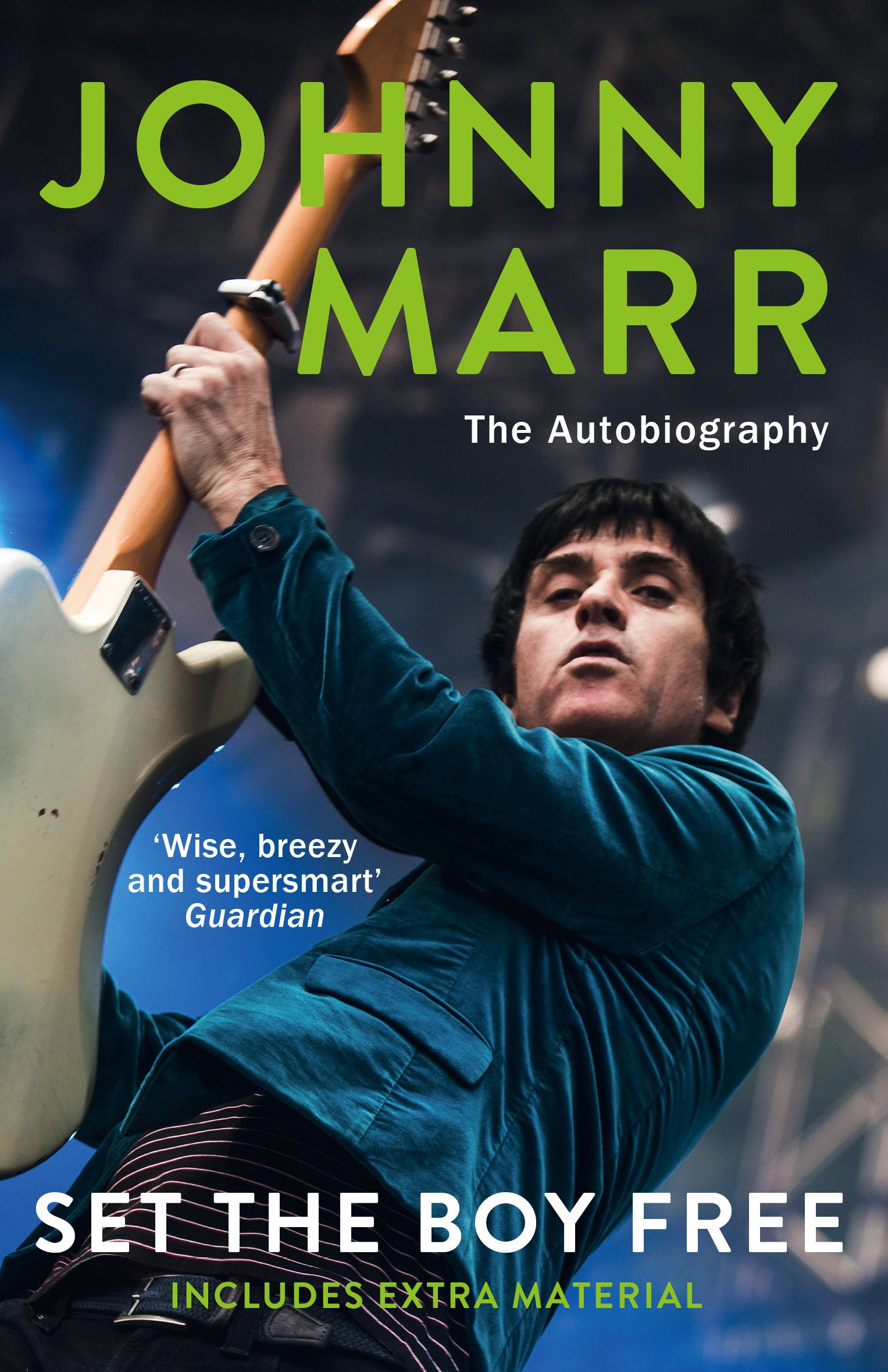 ‘I saw Johnny Marr live in person, with The Smiths. He was light on his feet; like quicksilver. He caused the band to swing like crazy. And he smoked his cigarette like a star. I’ve been influenced ever since.’ Iggy Pop

Johnny Marr was born in 1960s Manchester to Irish emigrant parents and knew from an early age that he would be a musician. Forming his first band at thirteen, Marr spent his teenage years on the council estates of Wythenshawe playing guitar, devouring pop culture and inventing his own musical style.

It wasn’t until the early eighties, when Marr turned up on the doorstep of a singer named Steven Patrick Morrissey, that both a unique songwriting partnership and the group recognised as one of the most iconic bands of all time were formed. In 1983 The Smiths released their first single, and within a year their eponymous debut album reached number two in the UK chart, paving the way for mainstream and critical success on their own terms.

For Marr, tensions within the band and desire for a wider musical scope led to his departure from The Smiths in 1987, ensuring the end of one of the most influential British groups of a generation.

But this was just the beginning for Marr. From forming Electronic and The Healers to playing with Bryan Ferry, Talking Heads, Kirsty MacColl, Pet Shop Boys, Billy Bragg, Nile Rodgers and Bert Jansch. From joining The Pretenders, The The, Modest Mouse and The Cribs to recently collaborating with Hans Zimmer and receiving acclaim and worldwide success in his own right as a solo artist, Marr has never stopped. Here, for the first time, he tells his own side of the story.

From roaming the streets of Manchester to constantly pushing musical boundaries as the most loved guitarist Britain has ever produced, Johnny Marr’s memoir is the true history of music – told by one of its very own legends.