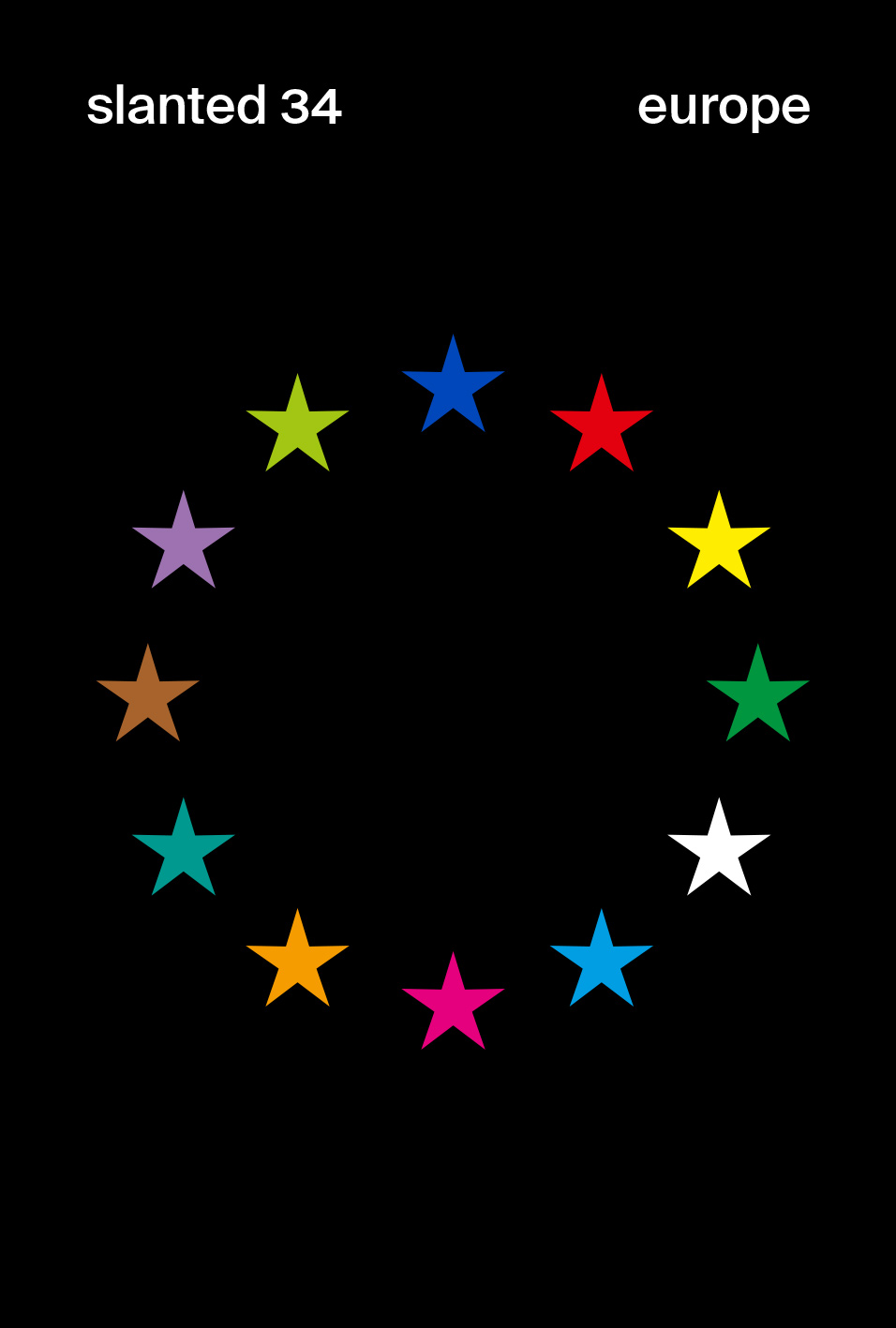 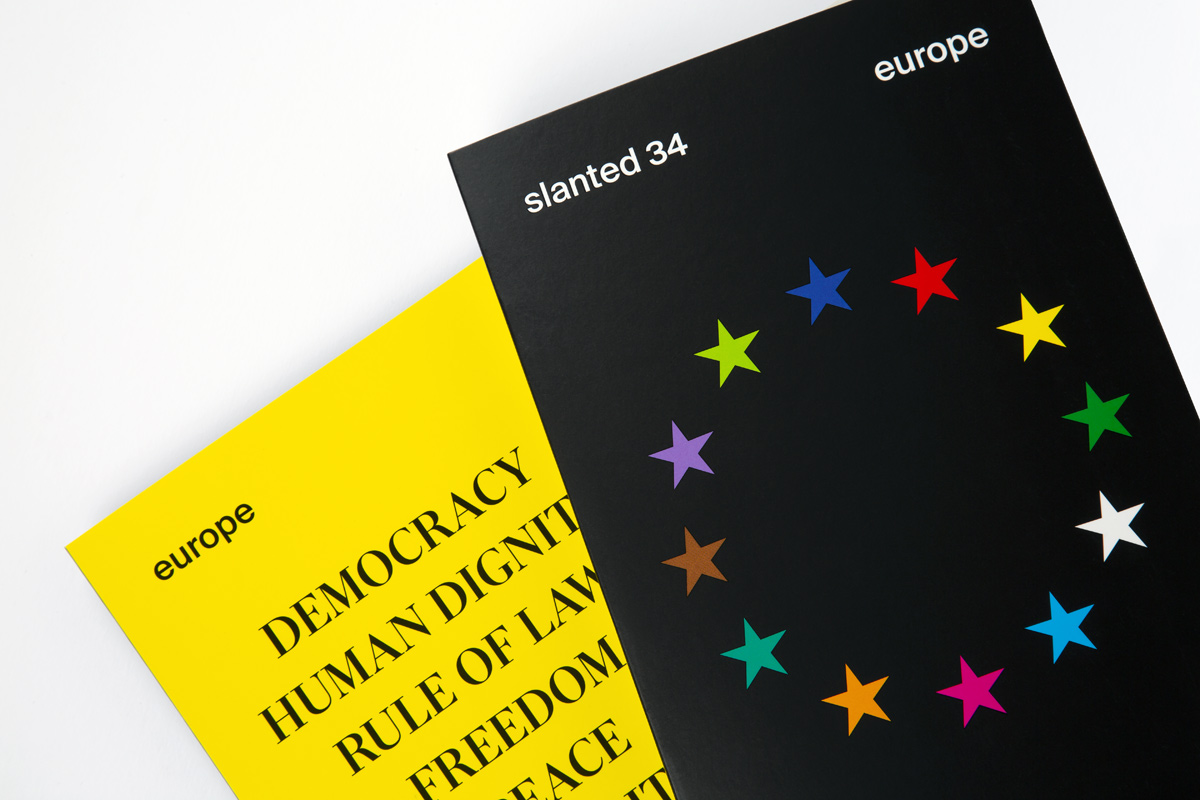 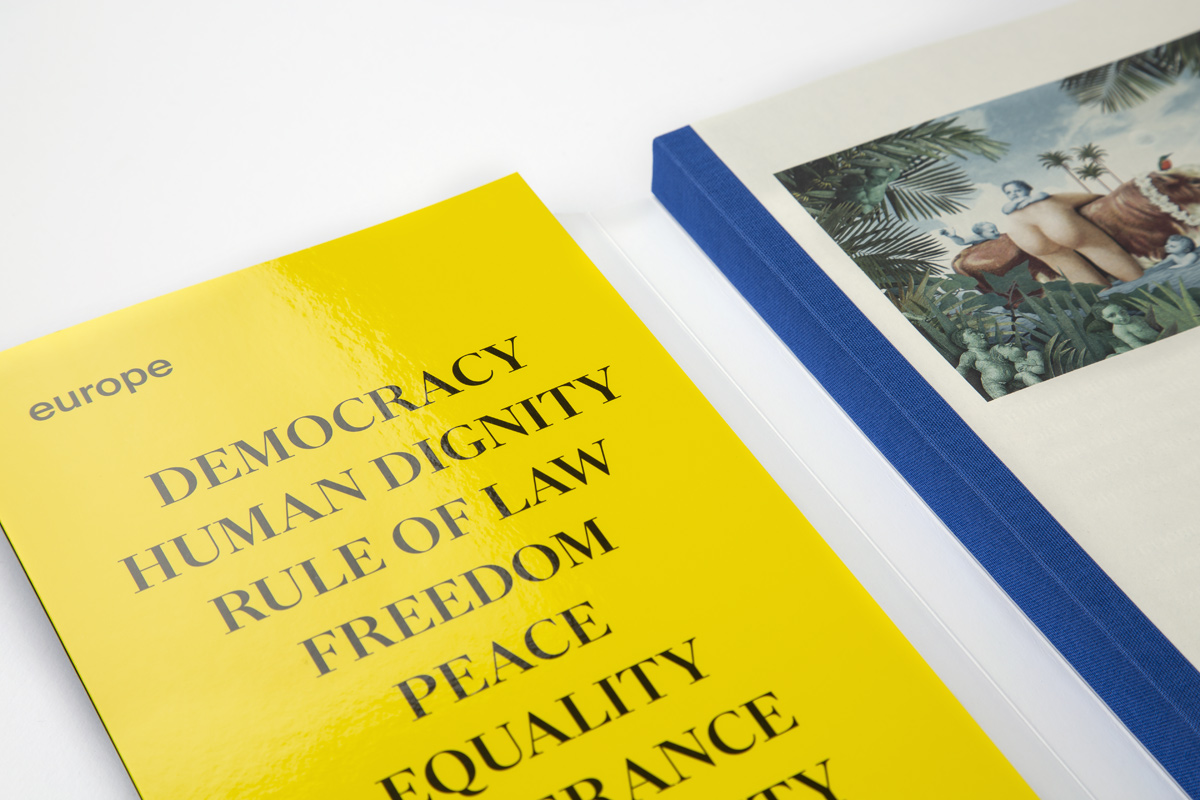 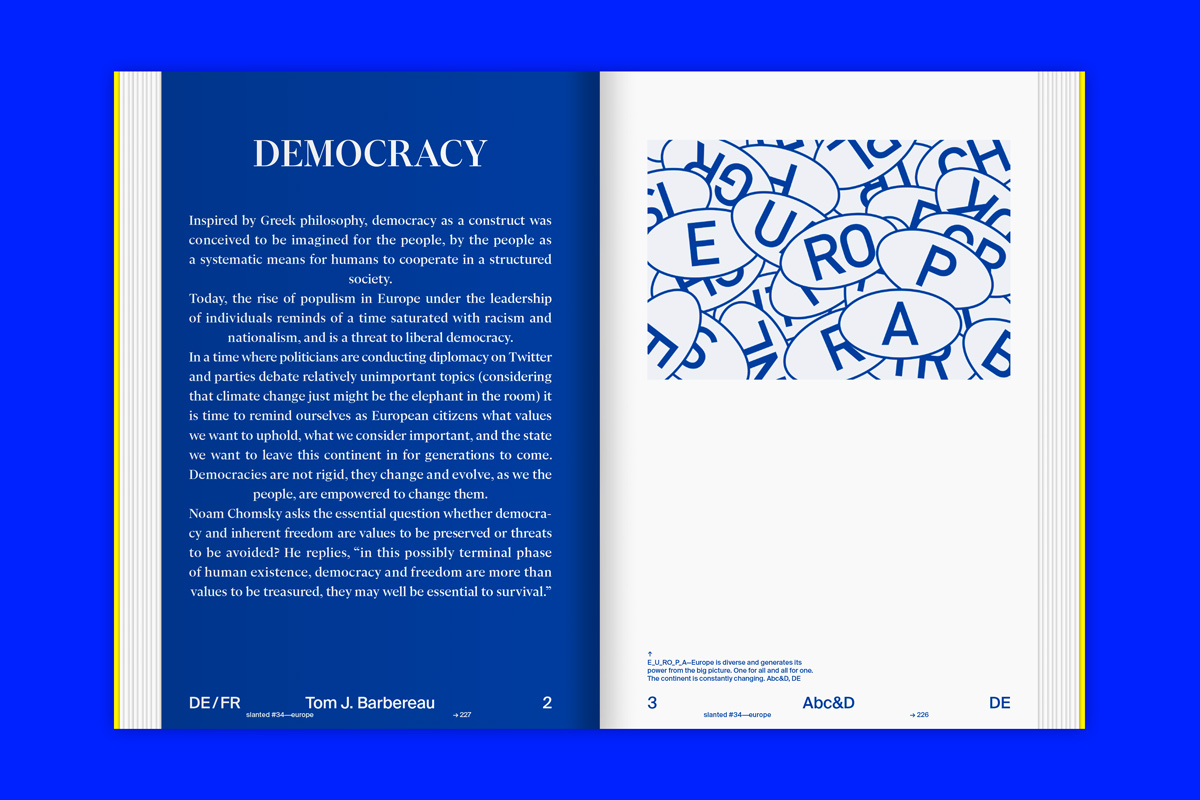 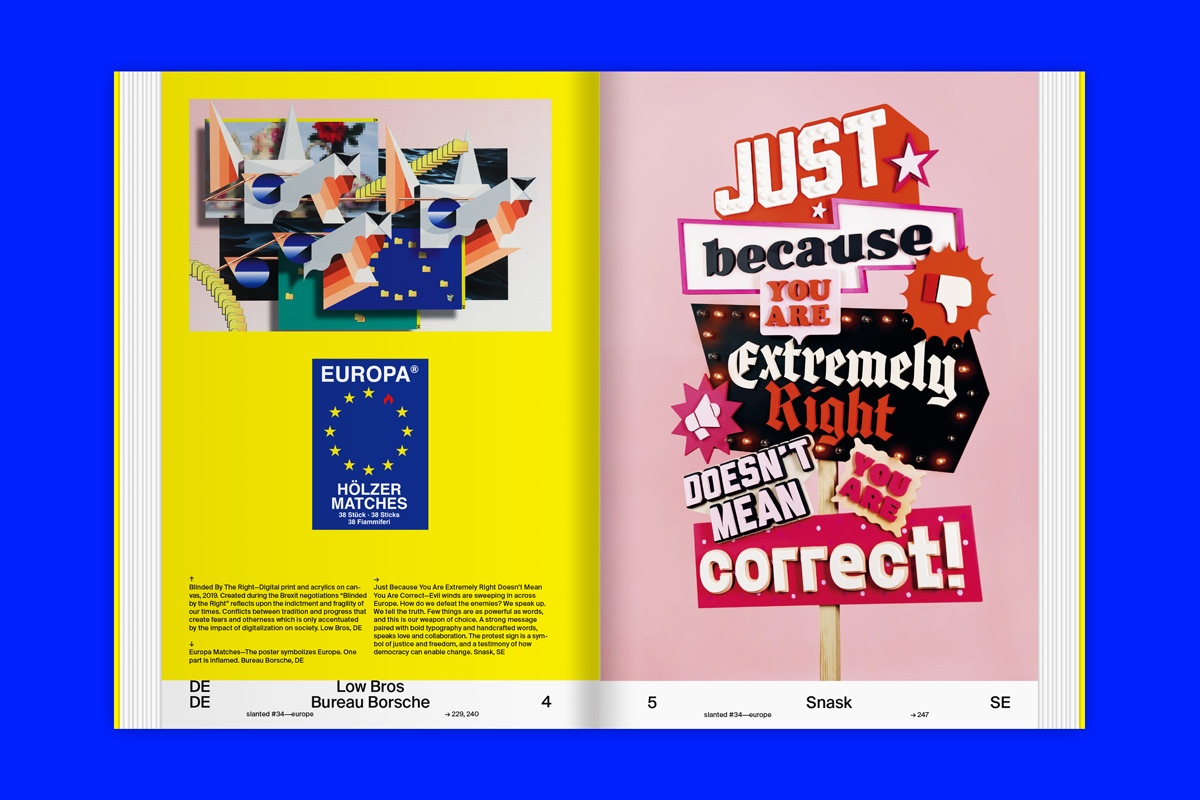 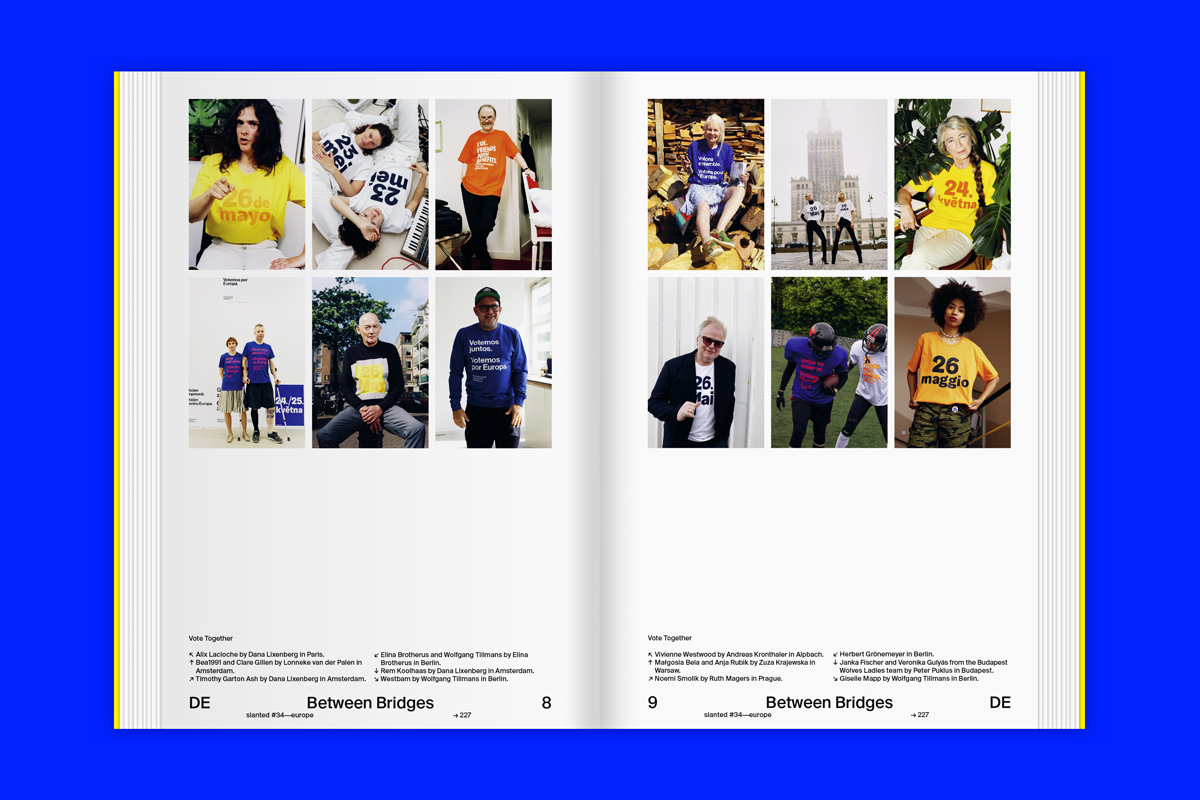 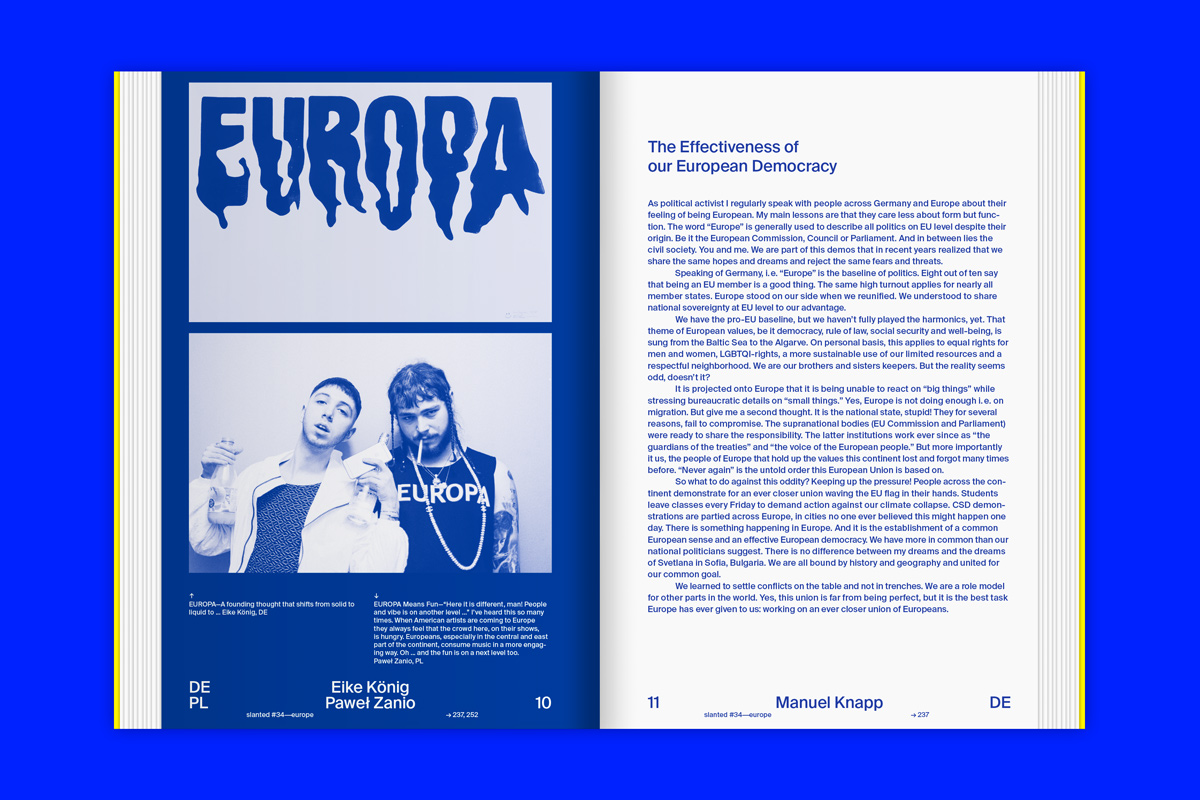 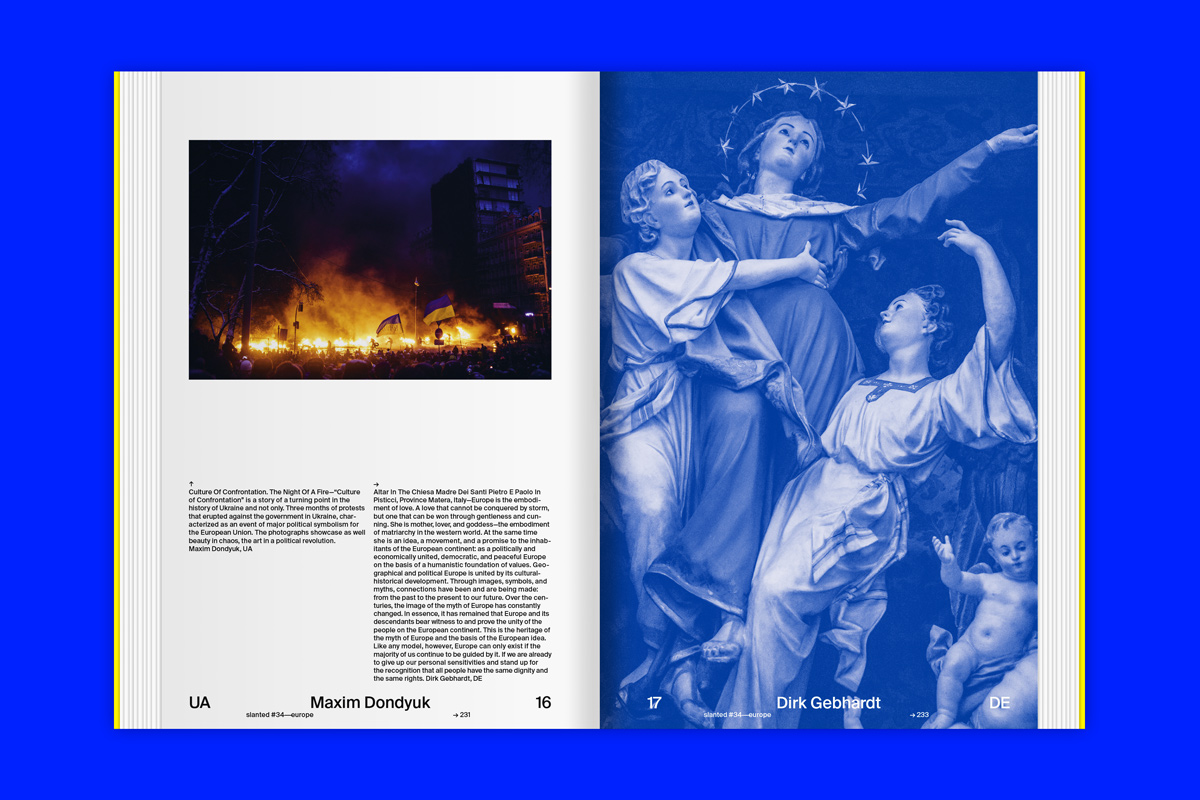 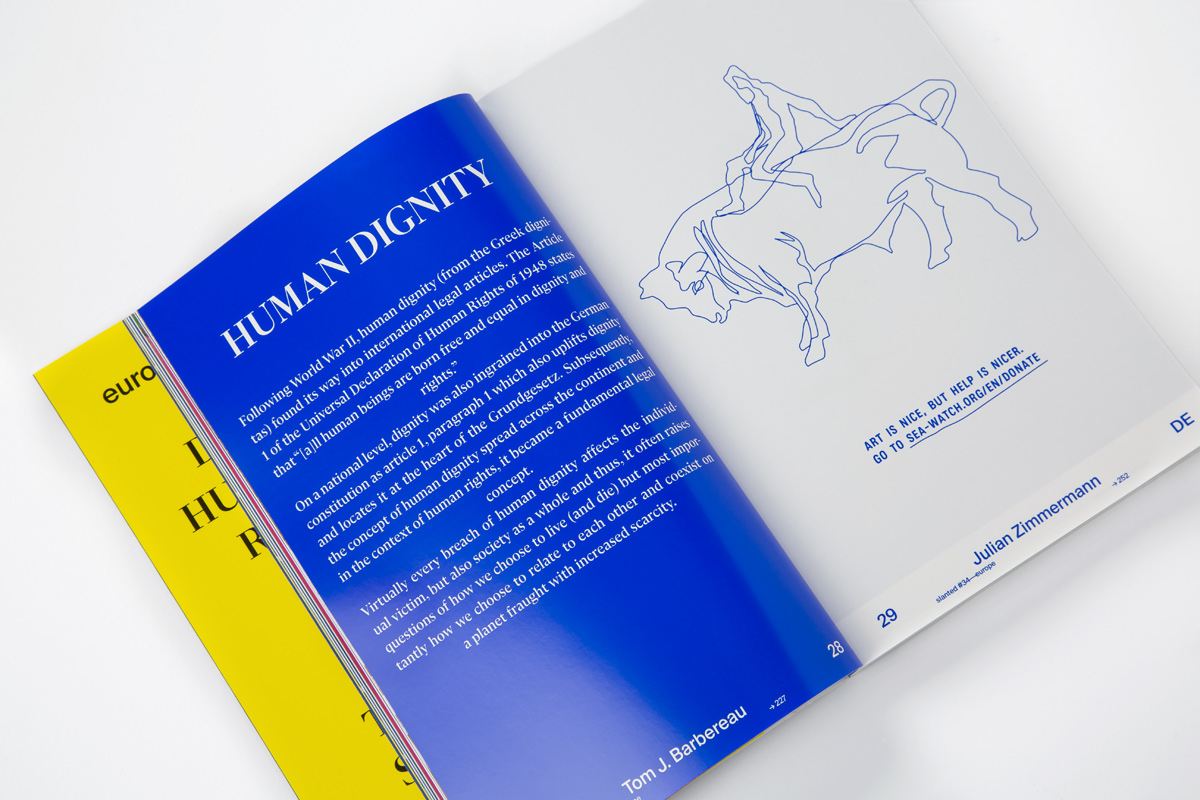 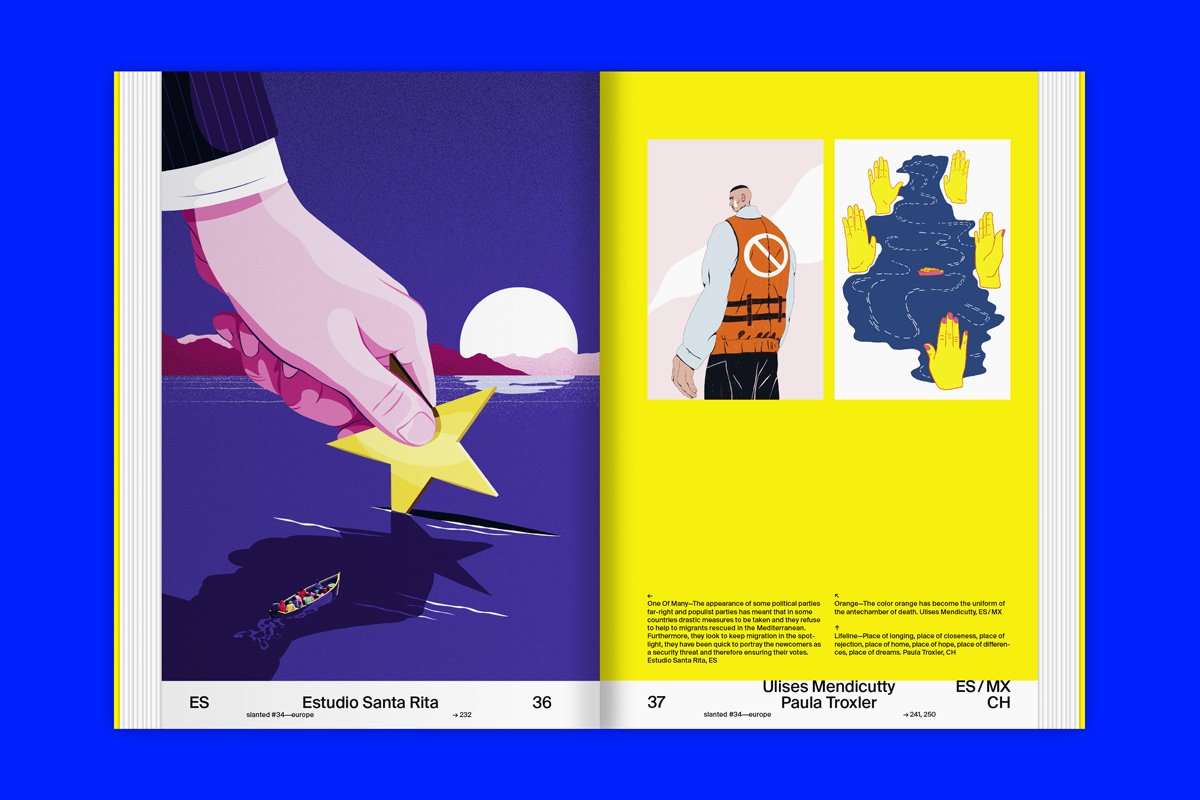 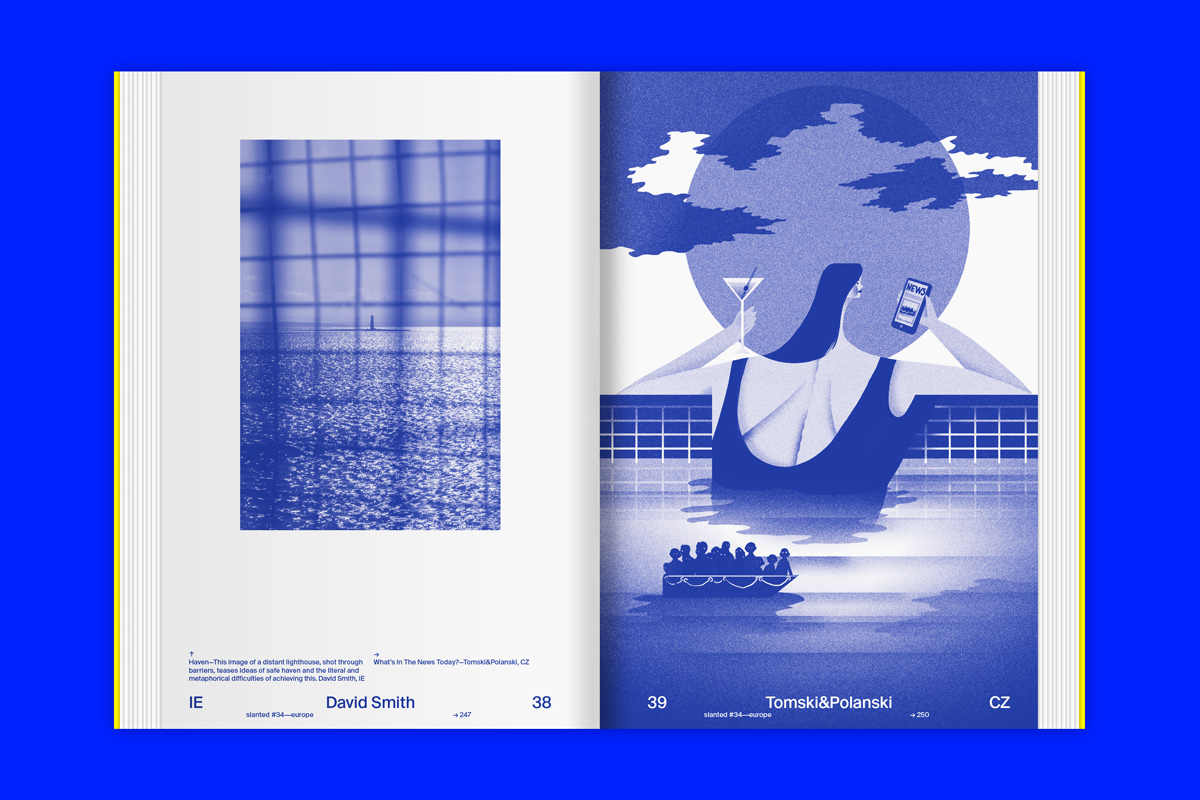 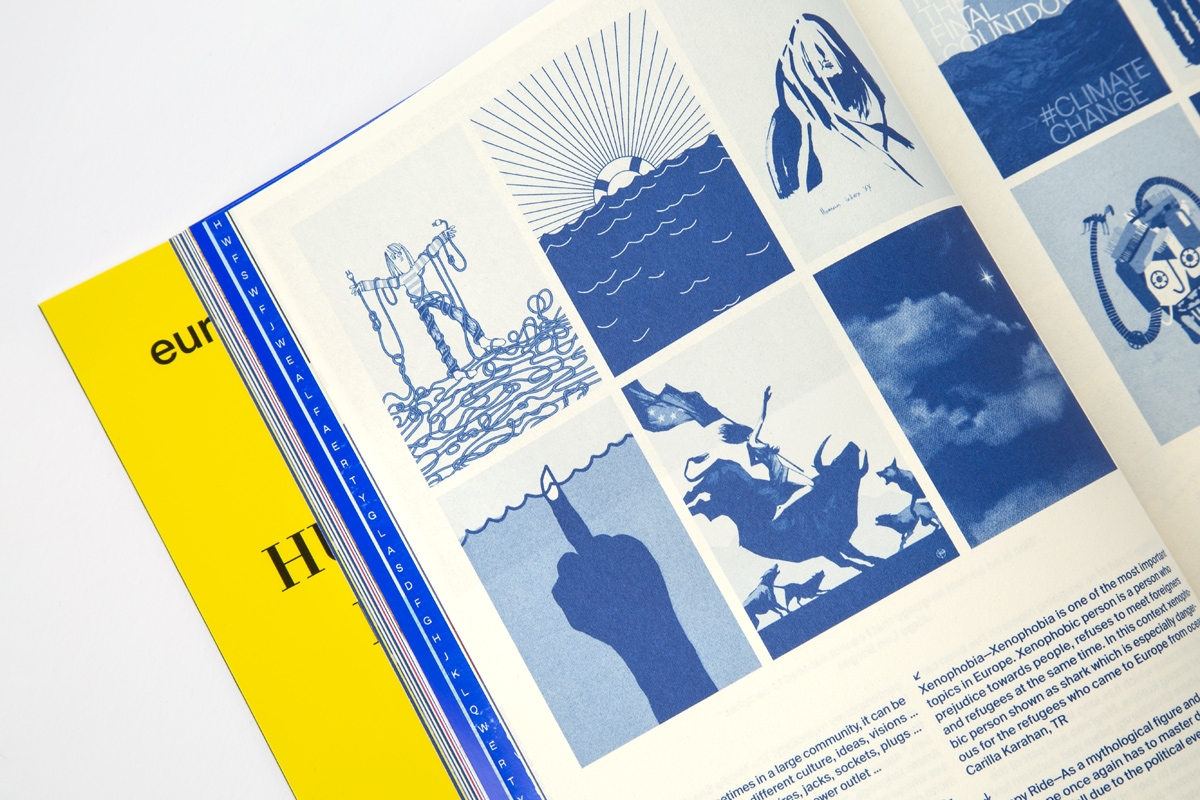 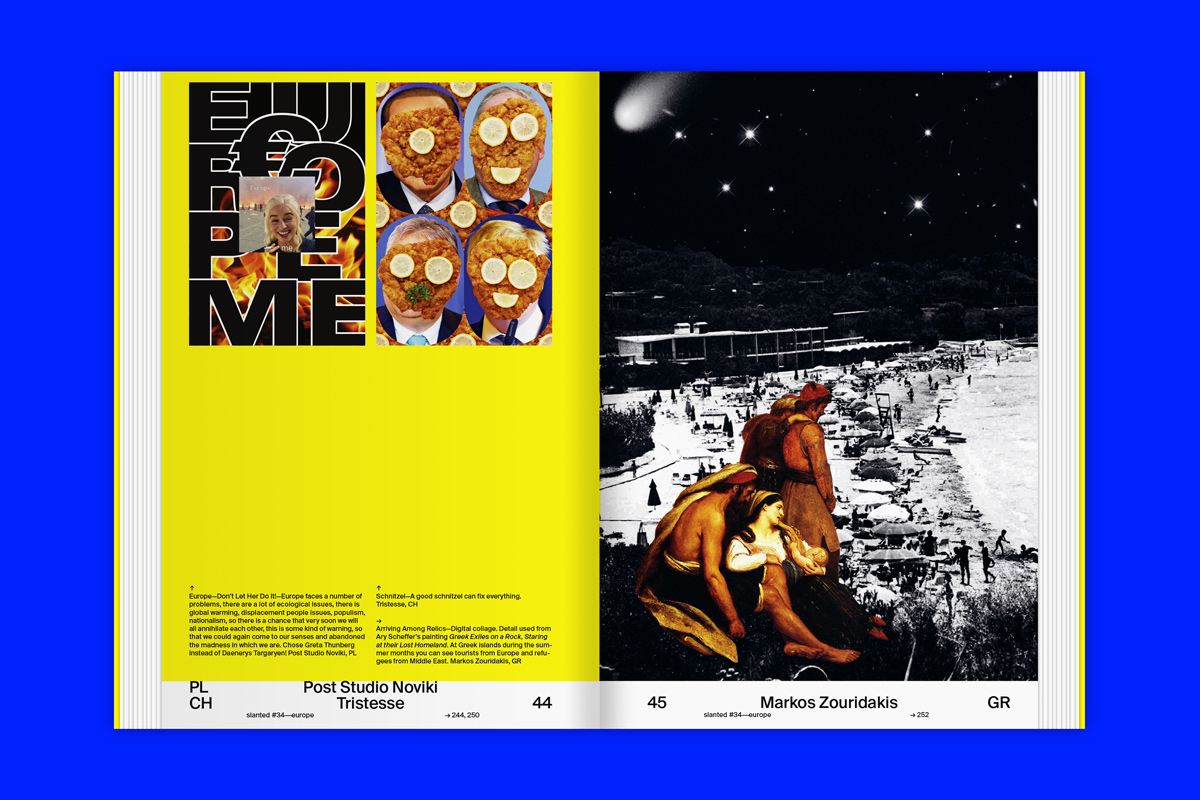 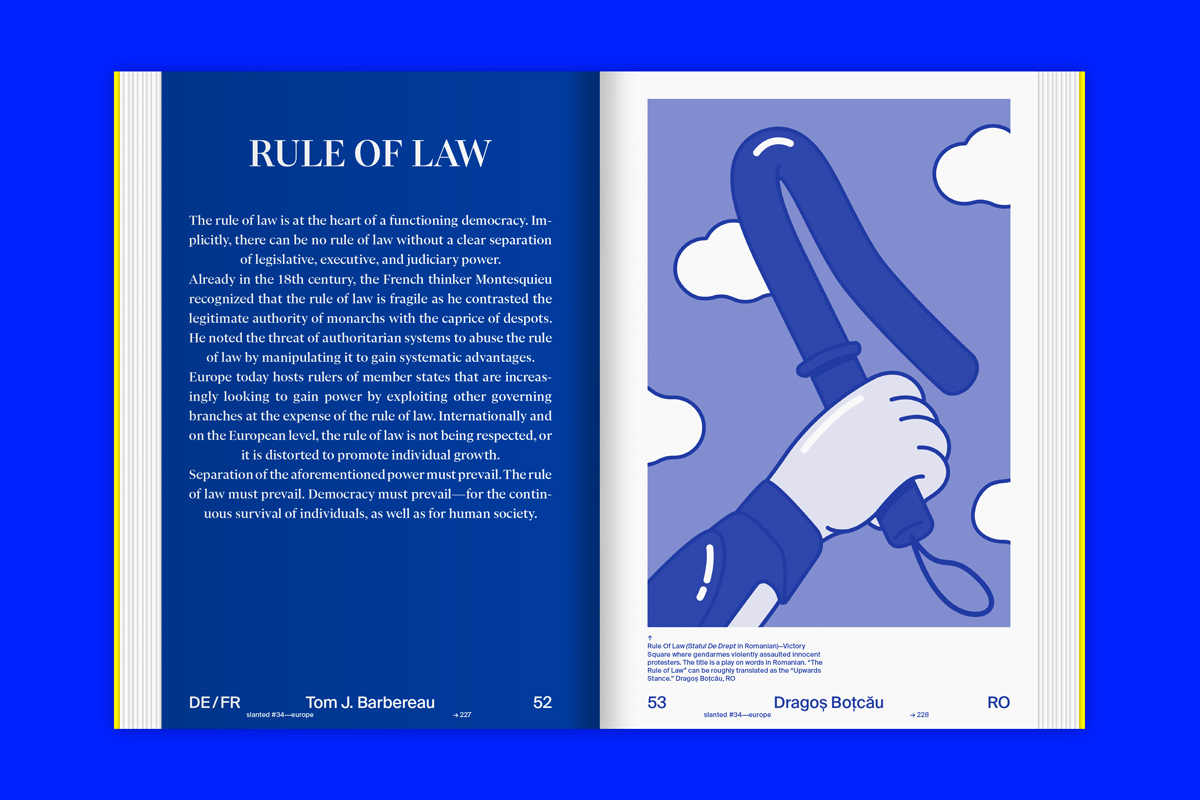 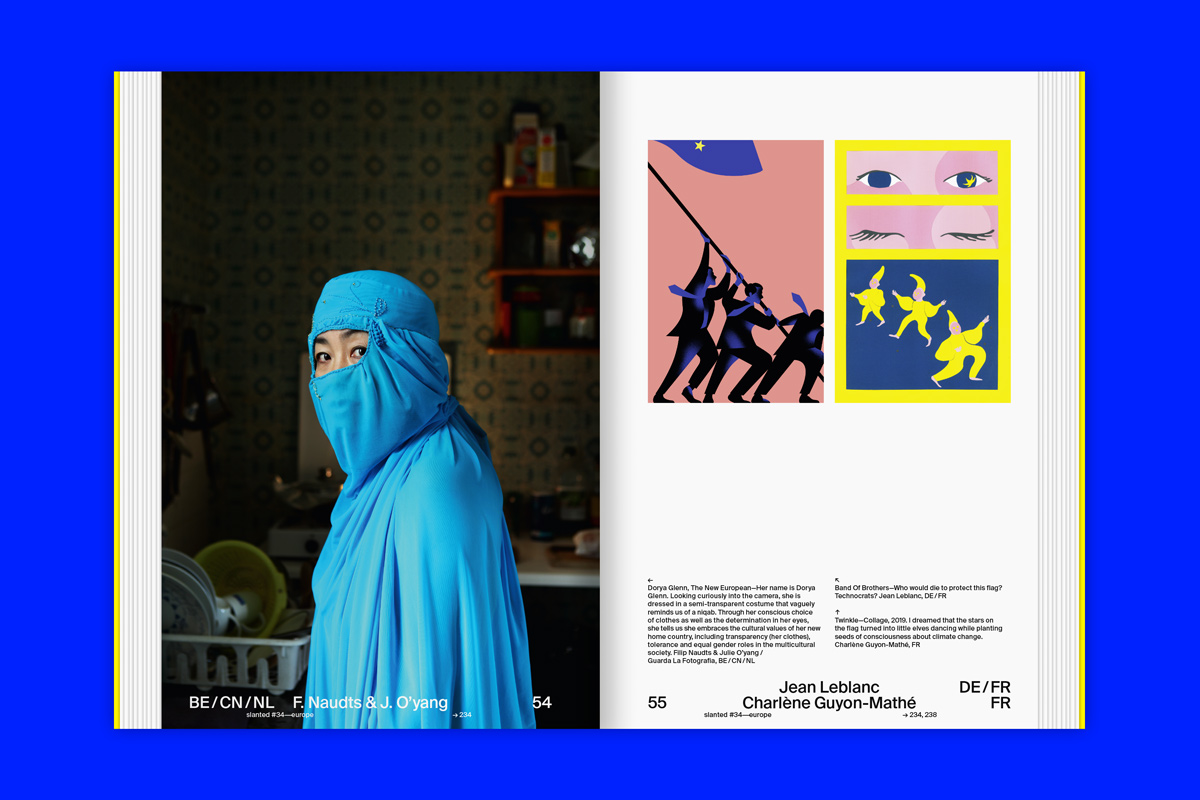 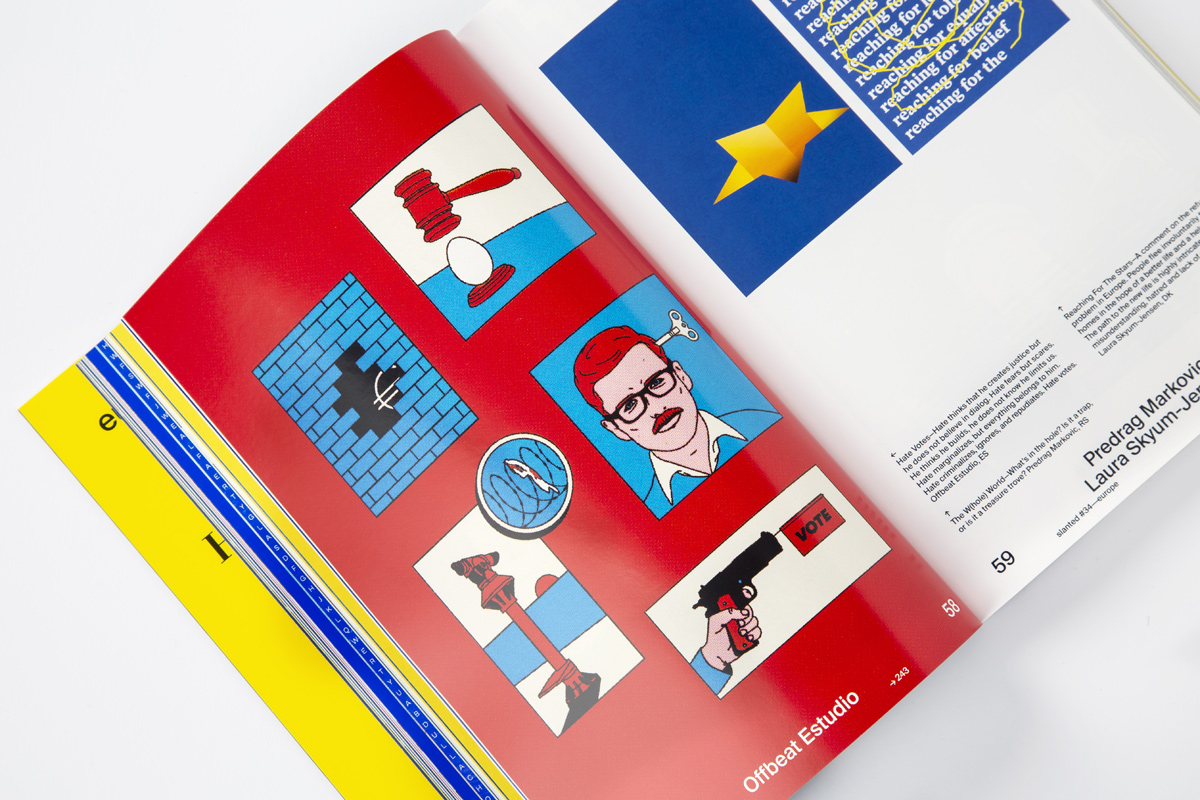 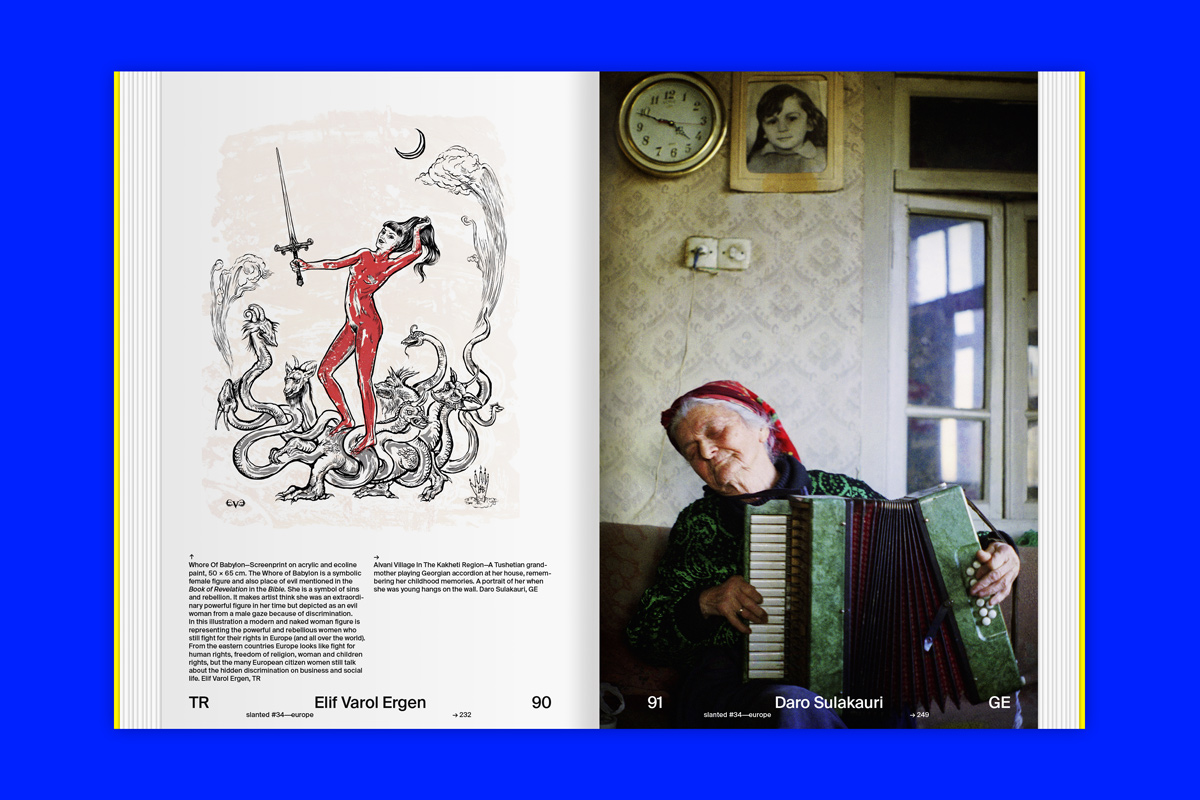 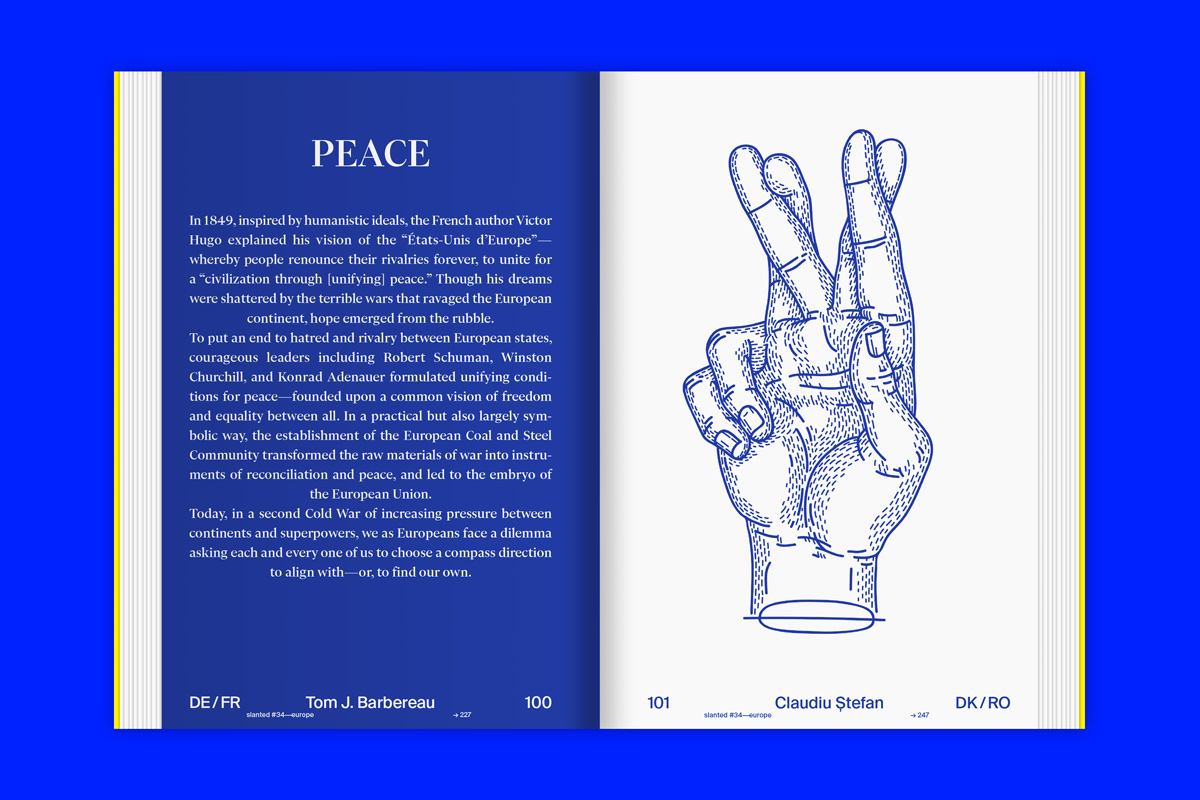 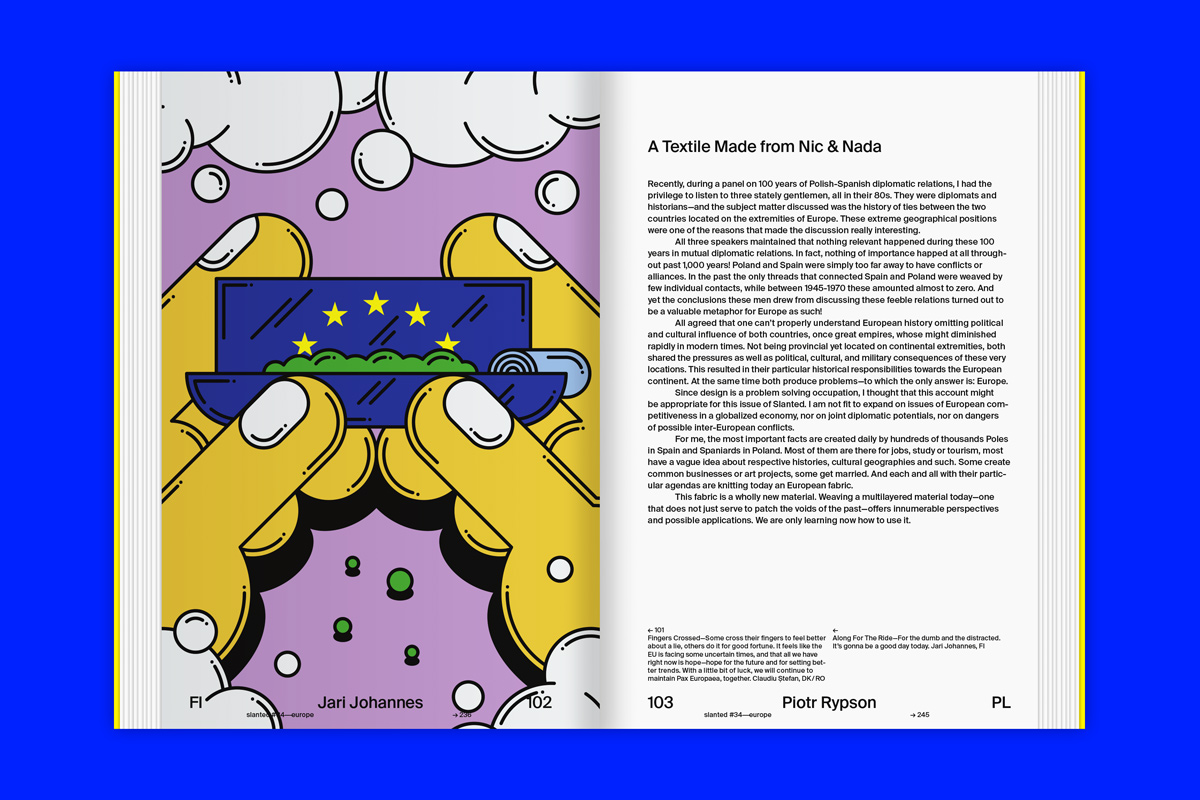 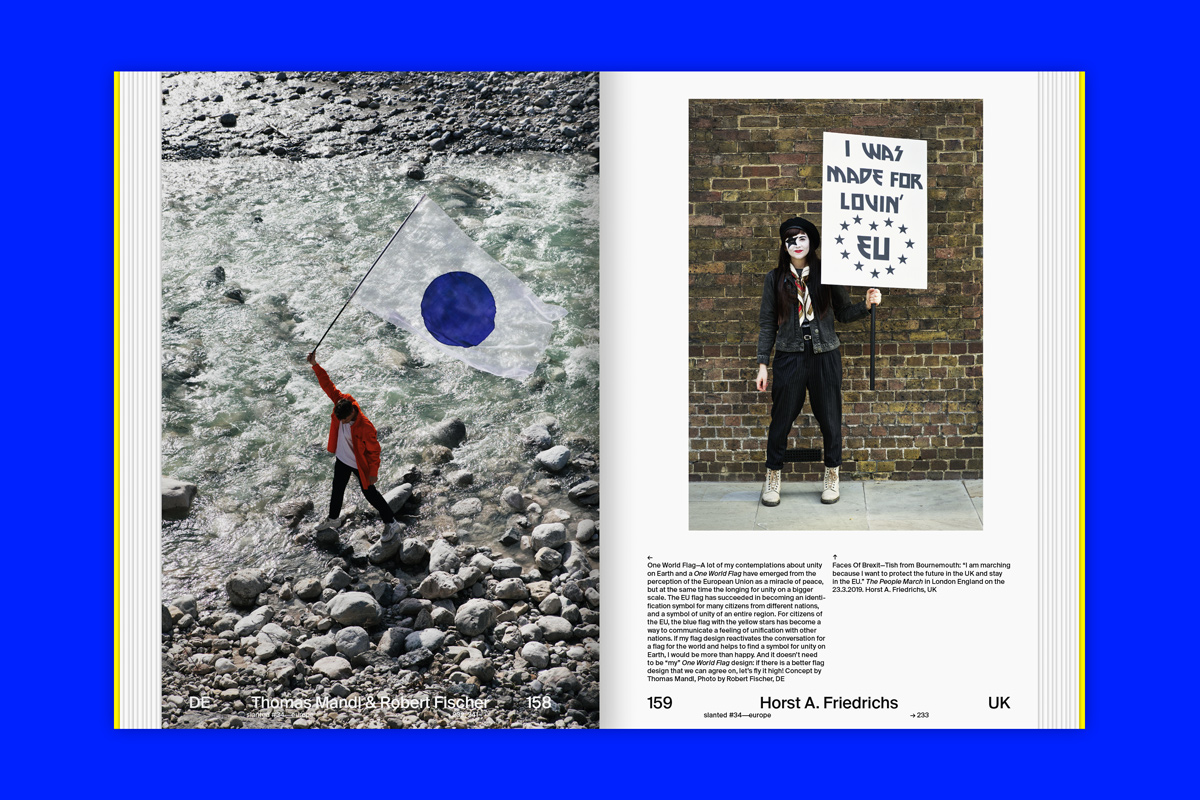 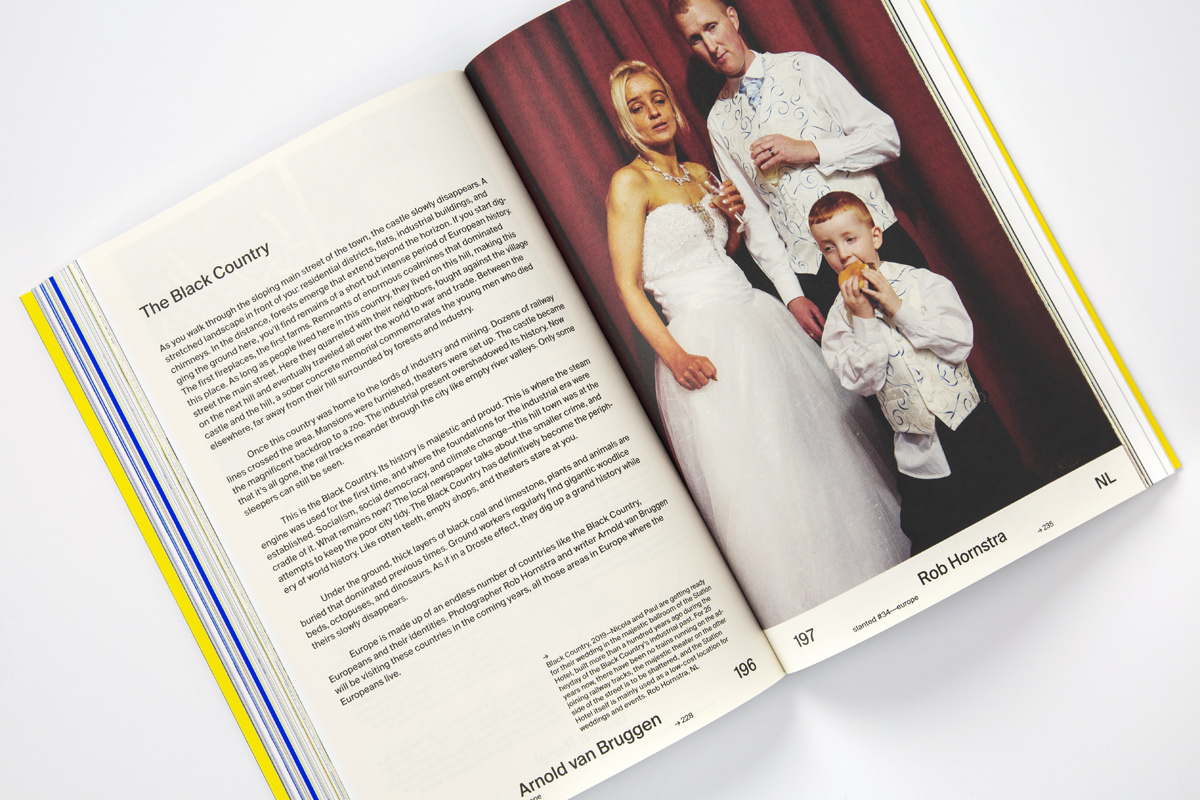 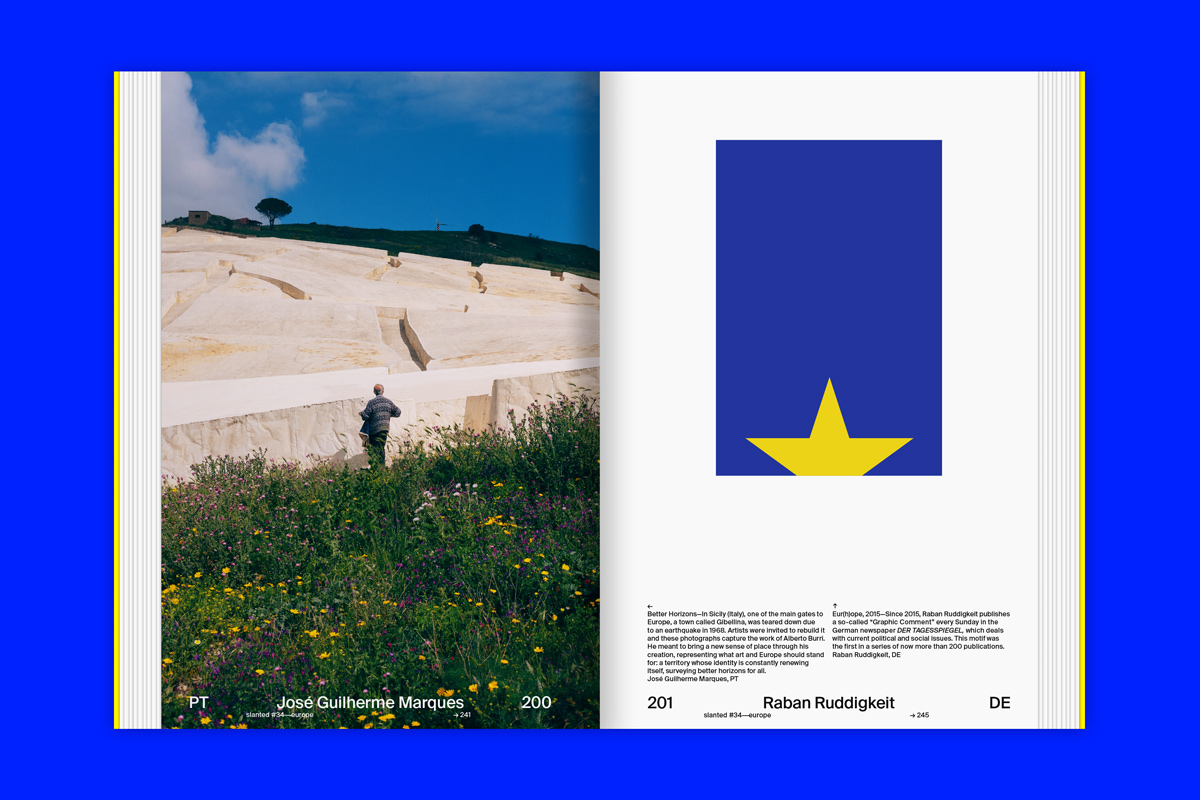 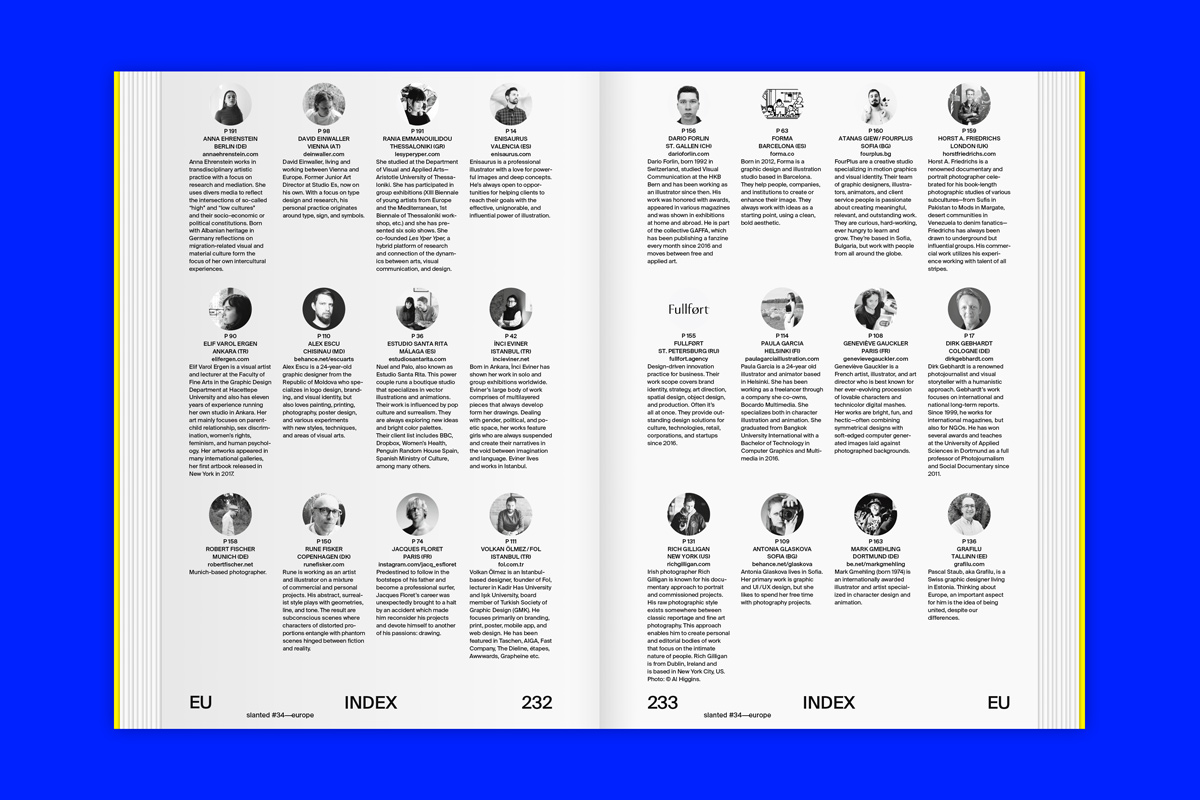 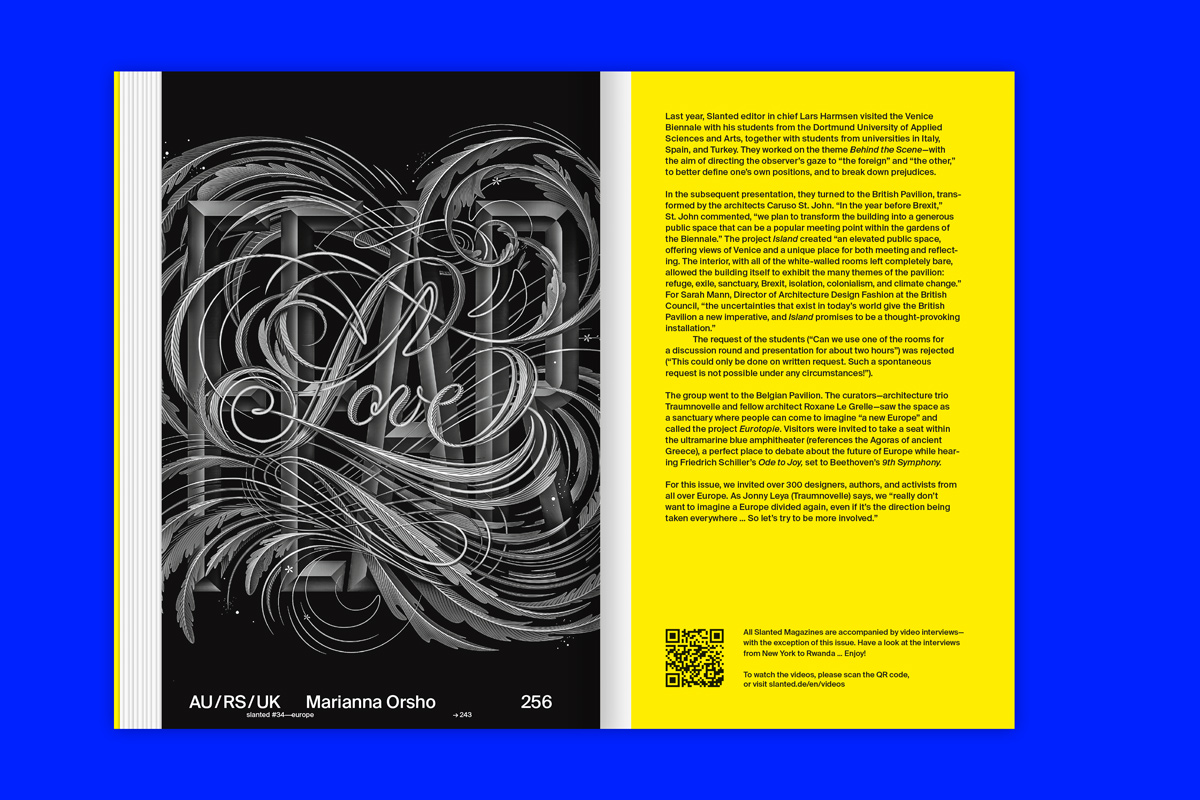 The European Union with its 28 member states today is facing difficult times: financial crisis, refugees, loss of allies, and exit scenarios—as implemented in the United Kingdom—lead to fear and insecurity. Above all, we are also witnessing how the digital revolution is creating a new image of mankind. The technical possibilities are about to go beyond what is politically and morally imperative.

So far, Slanted has devoted its editions to individual countries or metropolises in order to take a look at the design scenes. This time we are reacting towards the need of getting together and showing the importance of the voice we have and should use, to protect the freedom others have reached for us.

Slanted Magazine #34—Europe is a plea for a multi-faceted and vibrant Europe, against the backdrop of an Europe of nations, right-wing populism, and selfish politics. It is an inventory of Europe, showing a comment, a perspective, a feeling of illustrators, photographers, writers and graphic designers from all around Europe.