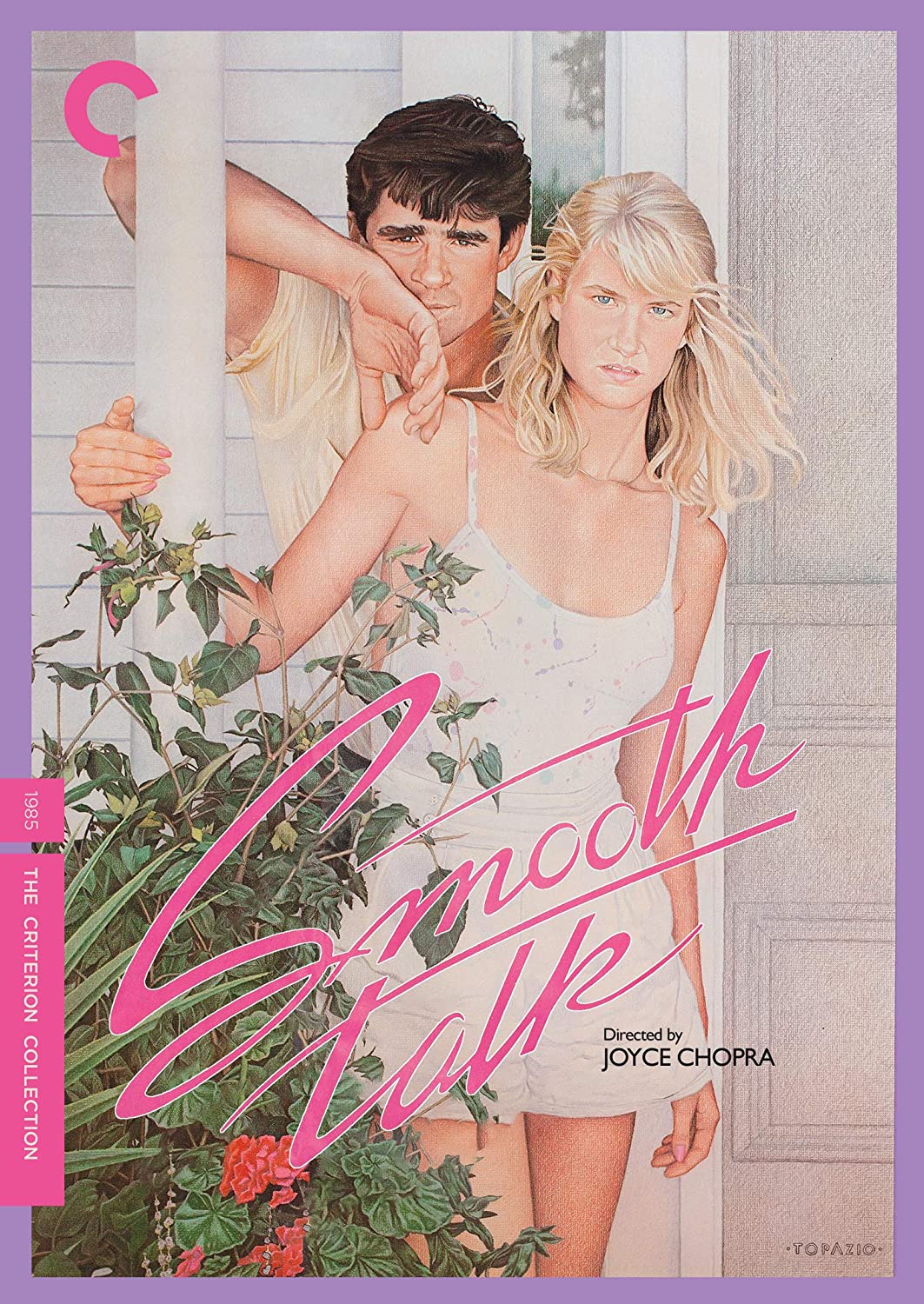 NOTE: This is a Region-1 DVD which requires a region free DVD player.

Suspended between carefree youth and the harsh realities of the adult world, a teenage girl experiences an unsettling awakening in this haunting vision of innocence lost. Based on the celebrated short story “Where Are You Going, Where Have You Been?” by Joyce Carol Oates, the narrative debut from Joyce Chopra features a revelatory breakout performance by Laura Dern as Connie, the fifteen-year-old black sheep of her family whose summertime idyll of beach trips, mall hangouts, and innocent flirtations is shattered by an encounter with a mysterious stranger (a memorably menacing Treat Williams). Winner of the Grand Jury Prize at Sundance, Smooth Talk captures the thrill and terror of adolescent sexual exploration as it transforms the conventions of a coming-of-age story into something altogether more troubling and profound.

Special features:
– New, restored 4K digital transfer, supervised by director Joyce Chopra, with uncompressed monaural soundtrack on the Blu-ray
– Conversation among Chopra, author Joyce Carol Oates, and actor Laura Dern from the 2020 New York Film Festival, moderated by TCM host Alicia Malone
– New interview with Chopra
– New interview with production designer David Wasco
– KPFK Pacifica Radio interview with Chopra from 1985
– Joyce at 34 (1972), Girls at 12 (1975), and Clorae and Albie(1976), three short films by Chopra
– Audio reading of the 1966 Life magazine article “The Pied Piper of Tucson,” which inspired the short story by Oates
– Trailers
– English subtitles for the deaf and hard of hearing
– PLUS: An essay by poet and memoirist Honor Moore, a 1986 New York Times article by Oates about the adaptation, and Oates’s 1966 short story “Where Are You Going, Where Have You Been?”
– New interviews with actors Mary Kay Place and Treat Williams