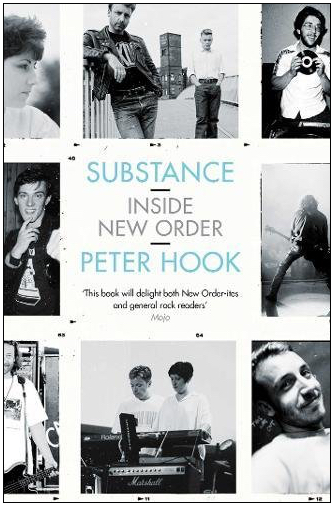 Two acclaimed albums and an upcoming US tour – Joy Division had the world at their feet. Then, on the eve of that tour, the band’s troubled lead singer, Ian Curtis, killed himself. The next time they got together, they were a new band.

That band was New Order – their label was Factory Records, their club The Haçienda. Their distinctive sound paved the way for the dance music explosion that followed, earning them the reputation as one of the most influential bands of their generation, and changing the course of popular music.

Following on from his bestselling titles The Haçienda and Unknown Pleasures, Peter Hookhas written a rollicking, no-holds-barred account of the band’s entire history. Substance is packed with never-before-seen detail, discographies and technical information. This is possibly the most entertaining memoir ever written by a British musician.

‘Rock writing rarely tells us properly what a band treading water or in slow decline feels like from the inside. Hook does so memorably’ Guardian