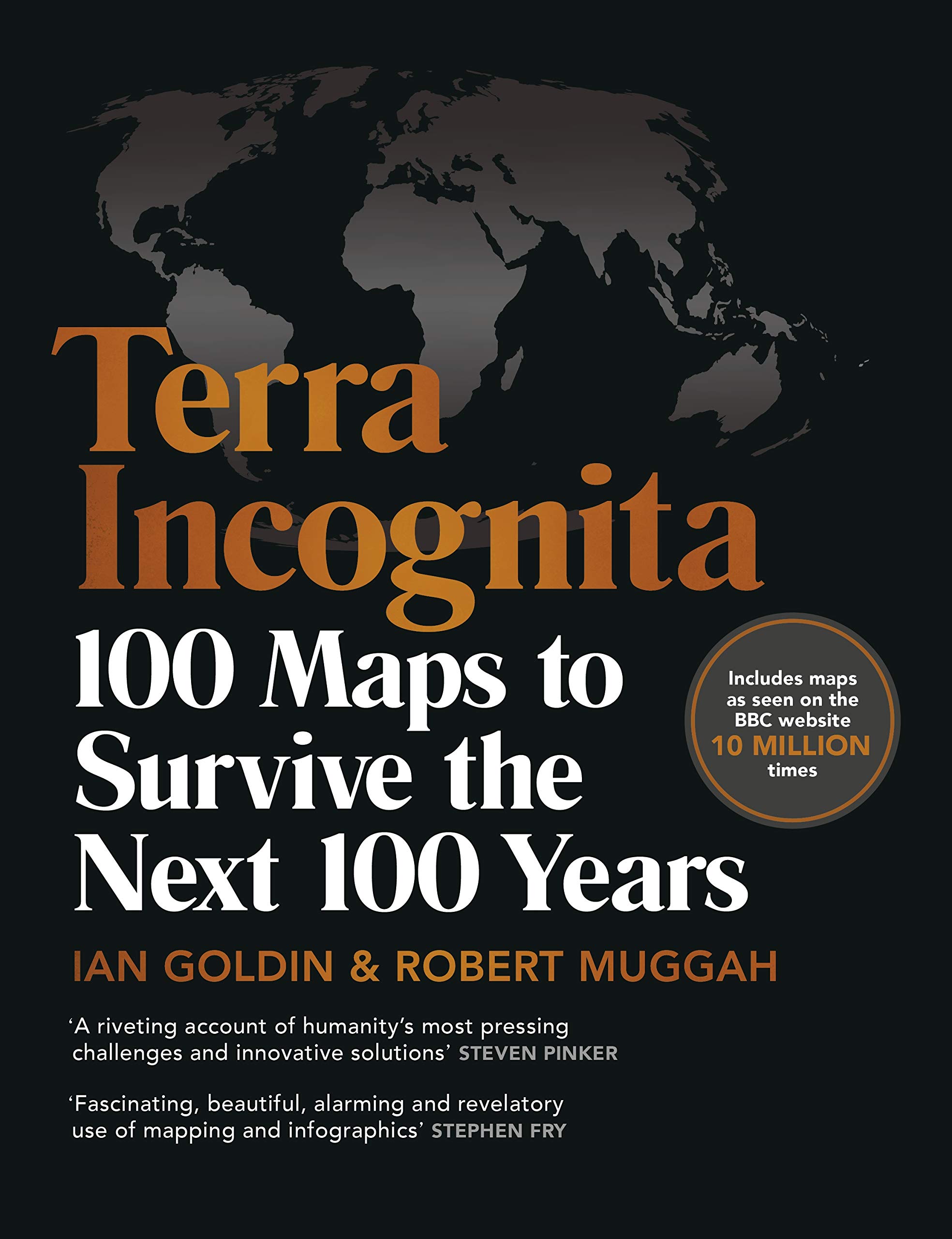 Terra Incognita: 100 Maps to Survive the Next 100 Years

‘Fascinating, beautiful, alarming and revelatory use of mapping and infographics’
Stephen Fry on EarthTime maps

From the global impact of the Coronavirus to exploring the vast spread of the Australian bushfires, join authors Ian Goldin and Robert Muggah as they trace the ways in which our world has changed and the ways in which it will continue to change over the next hundred years.

Map-making is an ancient impulse. From the moment homo sapiens learnt to communicate we have used them to make sense of our surroundings. But as Albert Einstein once said, ‘you can’t use old maps to explore a new world.’ And now, when the world is changing faster than ever before, our old maps are no longer fit for purpose.

Welcome to Terra Incognita. Based on decades of research, and combining mesmerising, state-of-the-art satellite maps with enlightening and passionately argued analysis, Ian and Robert chart humanity’s impact on the planet, and the ways in which we can make a real impact to save it, and to thrive as a species.

Learn about: fires in the arctic; the impact of sea level rise on cities around the world; the truth about immigration – and why fears in the West are a myth; the counter-intuitive future of population rise; the miracles of health and education that are waiting around the corner, and the reality about inequality, and how we end it. The book traces the paths of peoples, cities, wars, climates and technologies, all on a global scale. Full of facts that will confound you, inform you, and ultimately empower you, Terra Incognita guides readers to a new place of understanding, rather than to a physical location.