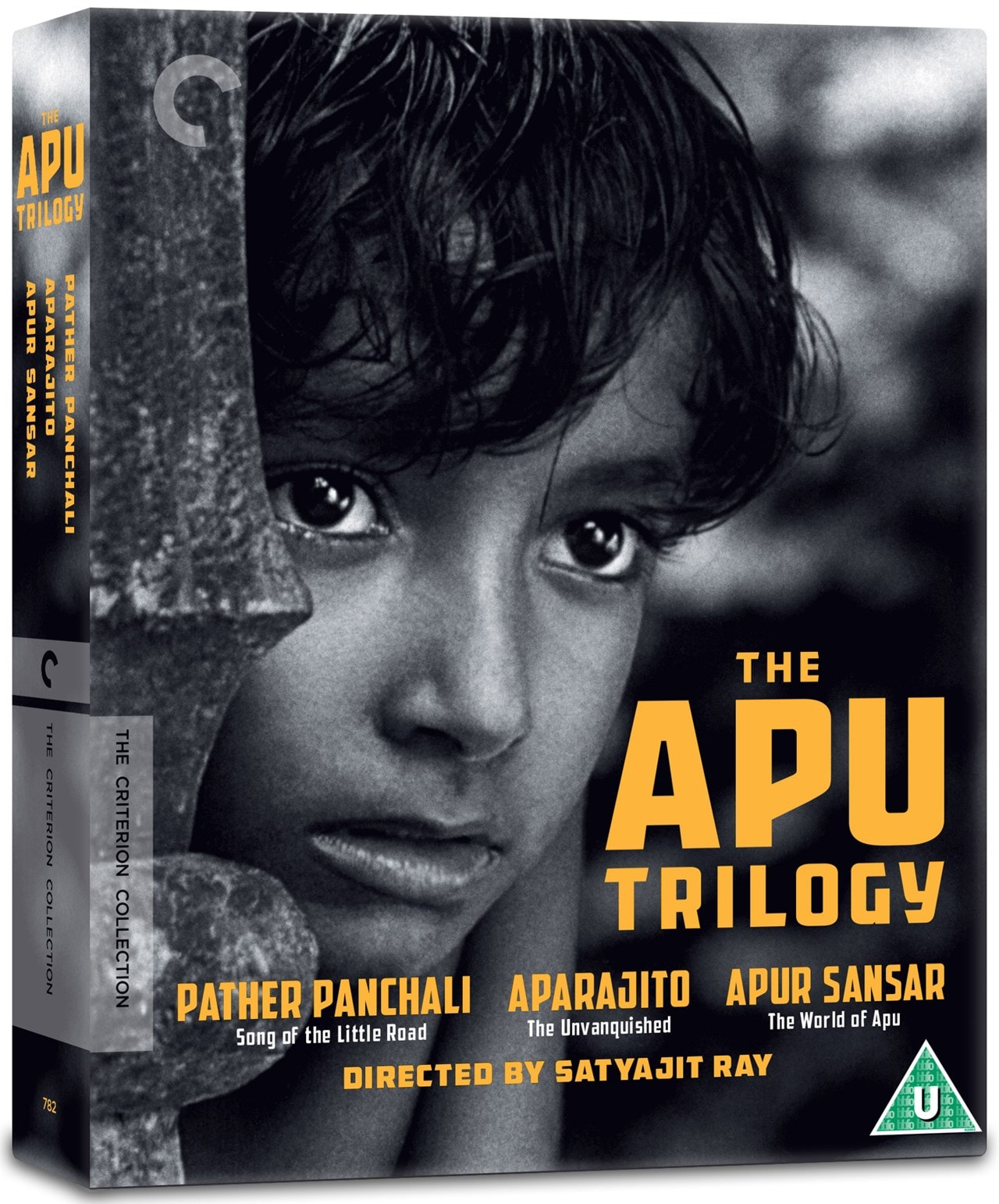 Two decades after its original negatives were burned in a fire, Satyajit Ray’s breathtaking milestone of world cinema rises from the ashes in a meticulously reconstructed new restoration. The Apu Trilogybrought India into the golden age of international art-house film, following one indelible character, a free-spirited child in rural Bengal who matures into an adolescent urban student and finally a sensitive man of the world. These delicate masterworks—Pather Panchali (Song of the Little Road), Aparajito (The Unvanquished), and Apur Sansar (The World of Apu)—based on two books by Bibhutibhusan Banerjee, were shot over the course of five years, and each stands on its own as a tender, visually radiant journey. They are among the most achingly beautiful, richly humane movies ever made—essential works for any film lover.

Special features:
• New 4K digital restorations of all three films, undertaken in collaboration with the Academy Film Archive at the Academy of Motion Picture Arts and Sciences and L’Immagine Ritrovata, with uncompressed monaural soundtracks on the Blu-rays
• Audio recordings from 1958 of director Satyajit Ray reading his essay “A Long Time on the Little Road” and in conversation with film historian Gideon Bachmann
• New interviews with actors Soumitra Chatterjee, Shampa Srivastava, and Sharmila Tagore; camera assistant Soumendu Roy; and film writer Ujjal Chakraborty
• Making “The Apu Trilogy”: Satyajit Ray’s Epic Debut, a new video essay by Ray biographer Andrew Robinson
• “The Apu Trilogy”: A Closer Look, a new program featuring filmmaker, producer, and teacher Mamoun Hassan
• Excerpts from the 2003 documentary The Song of the Little Road, featuring composer Ravi Shankar
• The Creative Person: “Satyajit Ray,” a 1967 half-hour documentary by James Beveridge, featuring interviews with Ray, several of his actors, members of his creative team, and film critic Chidananda Das Gupta
• Footage of Ray receiving an honorary Oscar in 1992
• New programs on the restorations by filmmaker :: kogonada
• New English subtitle translations
• PLUS: A booklet featuring essays by critics Terrence Rafferty and Girish Shambu, as well as a selection of Ray’s storyboards for Pather Panchali