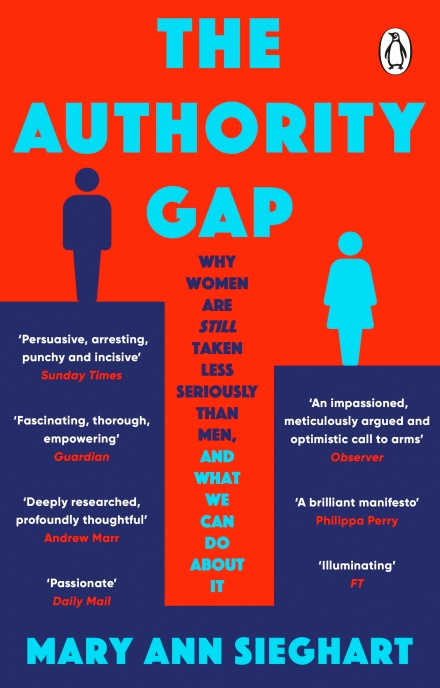 Imagine living in a world in which you were routinely patronised by women.

Imagine having your views ignored or your expertise frequently challenged by them.

Imagine people always addressing the woman you are with before you.

Now imagine a world in which the reverse of this is true.

The Authority Gap provides a startling perspective on the unseen bias at work in our everyday lives, to reveal the scale of the gap that still persists between men and women. Would you believe that US Supreme Court Justices are interrupted four times more often than male ones… 96% of the time by men? Or that British parents, when asked to estimate their child’s IQ will place their son at 115 and their daughter at 107?

Marshalling a wealth of data with precision and insight, and including interviews with pioneering women such as Baroness Hale, Mary Beard and Bernadine Evaristo, Mary Ann exposes unconscious bias in this fresh feminist take on how to address and counteract systemic sexism in ways that benefit us all.

Includes interviews with pioneering women such as:

‘Deeply researched, profoundly thoughtful and a book very much for the here and now: Mary Ann Sieghart’s The Authority Gap is the book she was probably born to write’ – Andrew Marr

‘At last here is a credible roadmap that is capable of taking women from the margins to the centre by bridging the authority gap that holds back even the best and most talented of women. – Mary McAleese, Former President of Ireland