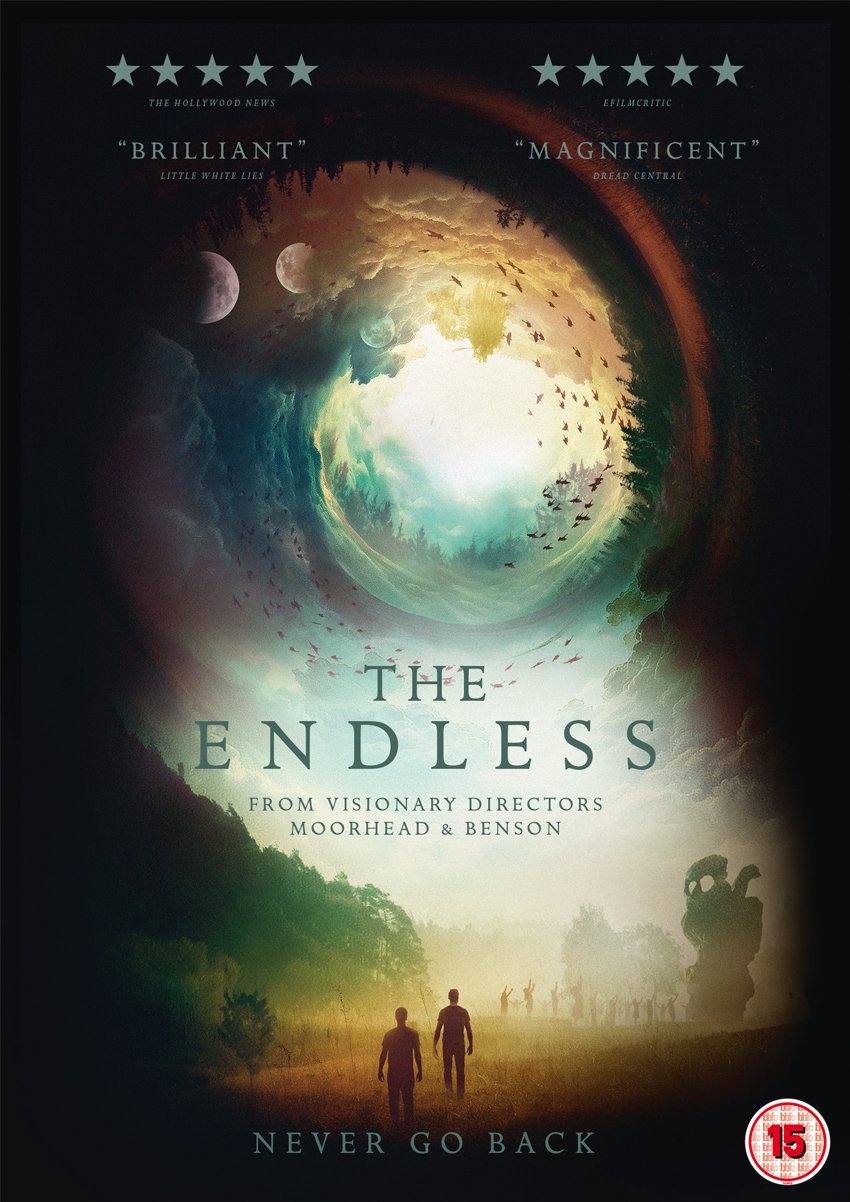 Among the most exciting voices in genre cinema to emerge in recent years, Justin Benson and Aaron Moorhead return with their third feature, The Endless.

Benson and Moorhead play brothers, former members of a crazy UFO death cult , who receive a mysterious video cassette in the mail. The tape contains an eerie calling card from their past, inviting them to attend an event called the Ascension. Despite their apprehension, the pair agree to return for one day. At first their old friends in the cult seem warm and welcoming, but things soon turn strange as the brothers find themselves drawn into a vortex of bizarre rituals, strange messages, unseen forces and sinister supernatural secrets that threaten to tear apart the very fabric of reality.

Following on from the acclaimed Resolution also included on this limited-edition release and Spring (which earned accolades from Guillermo del Toro and Richard Linklater), The Endless is a truly unique mind-bending, genre-blending indie gem that will leave you spinning.