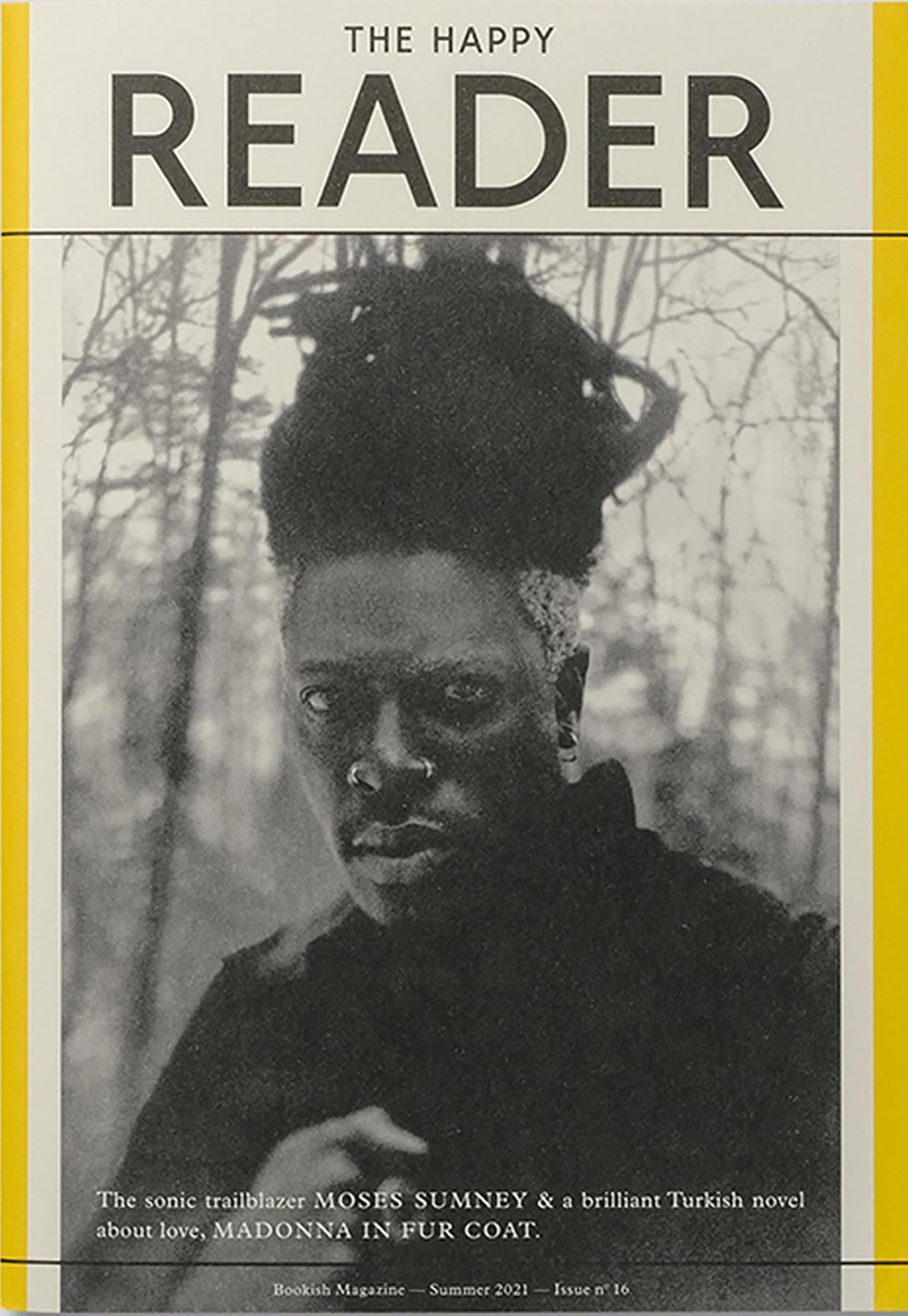 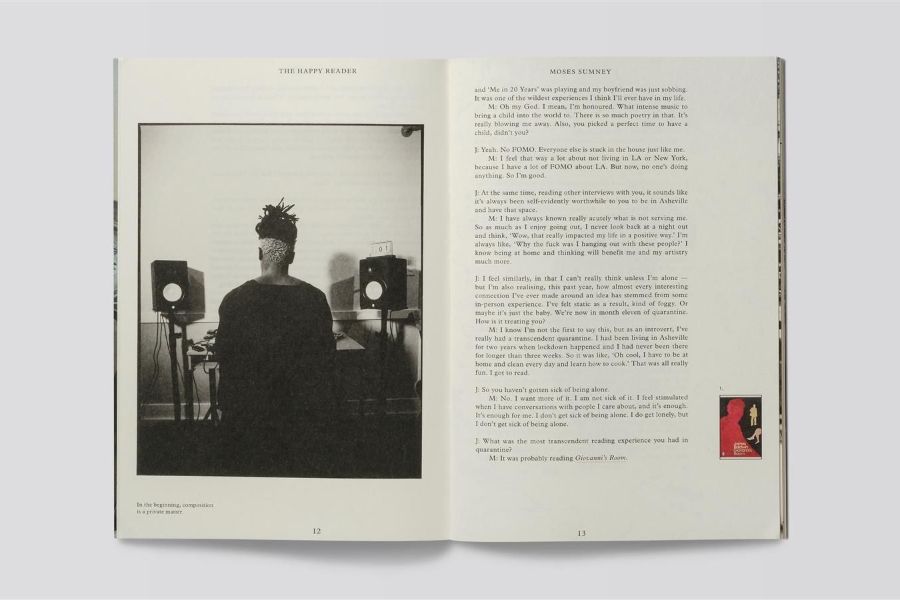 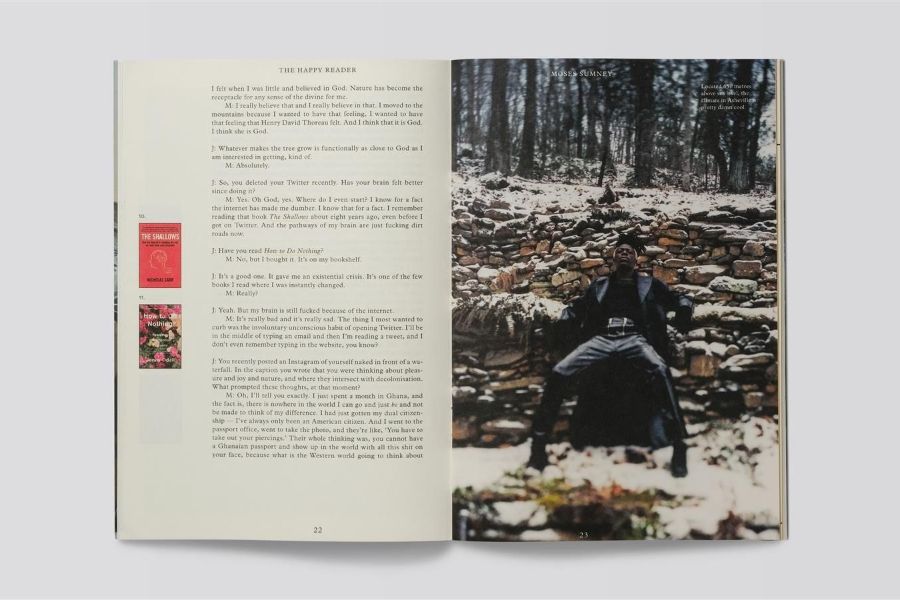 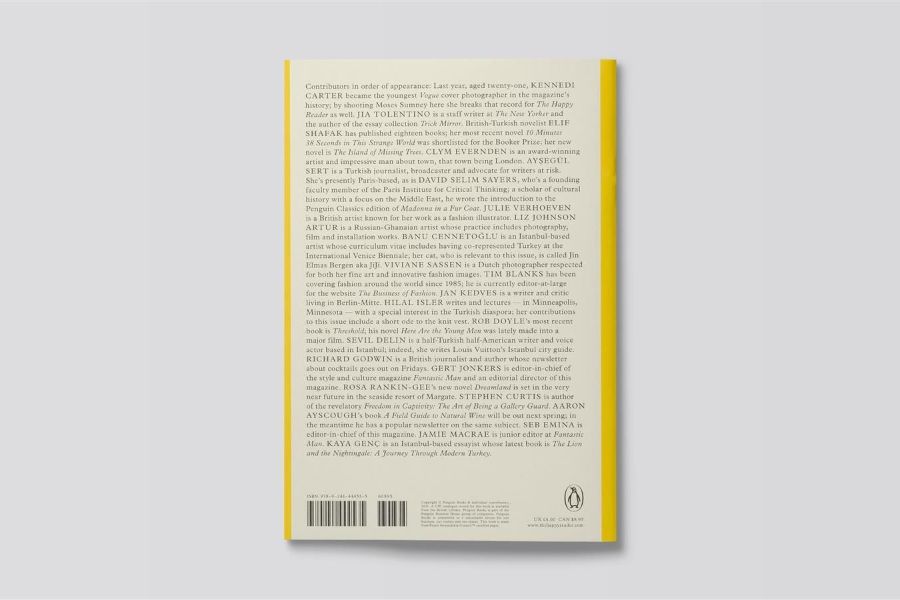 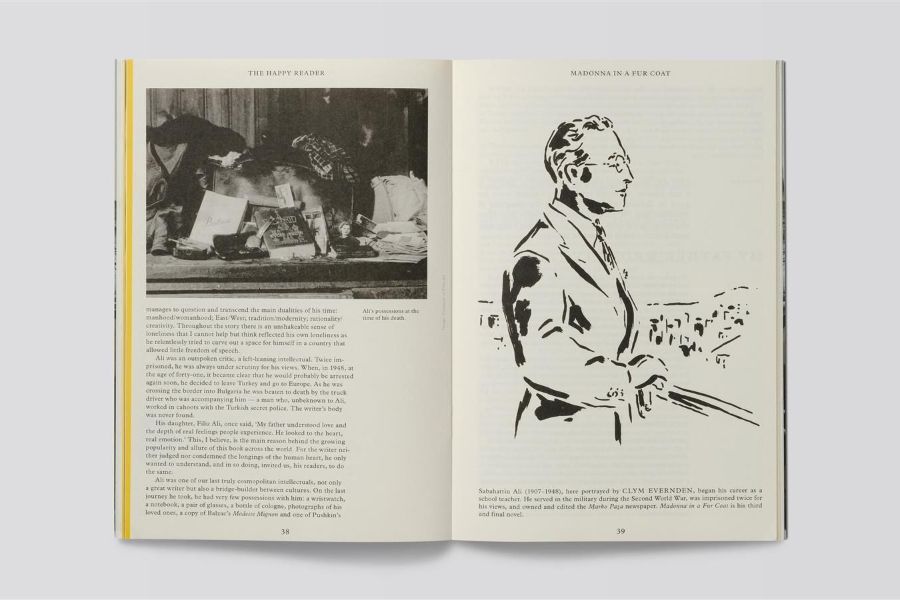 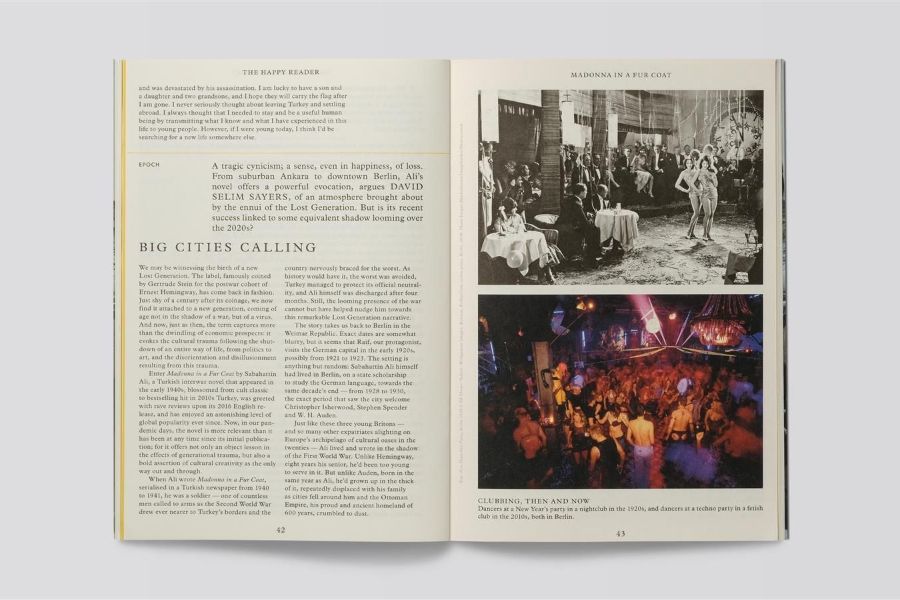 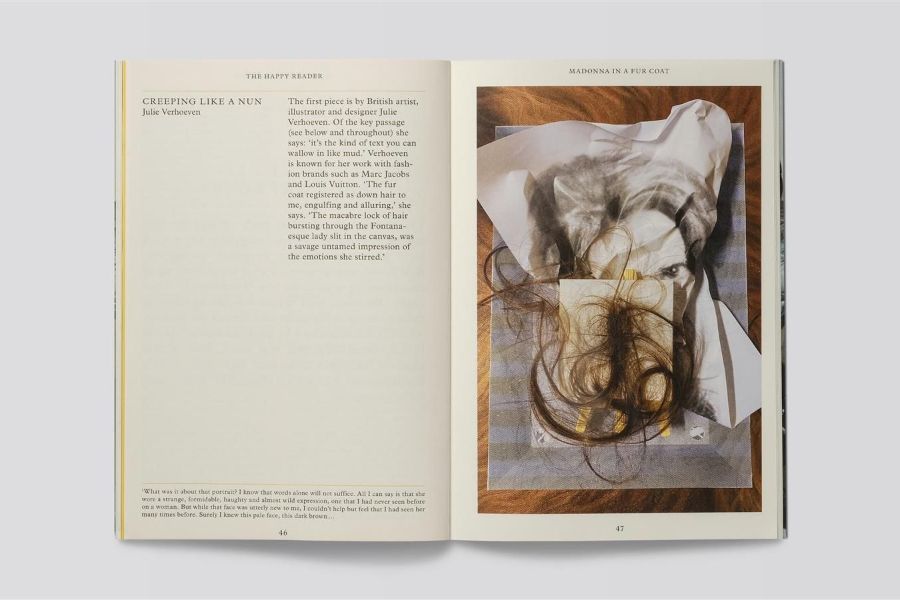 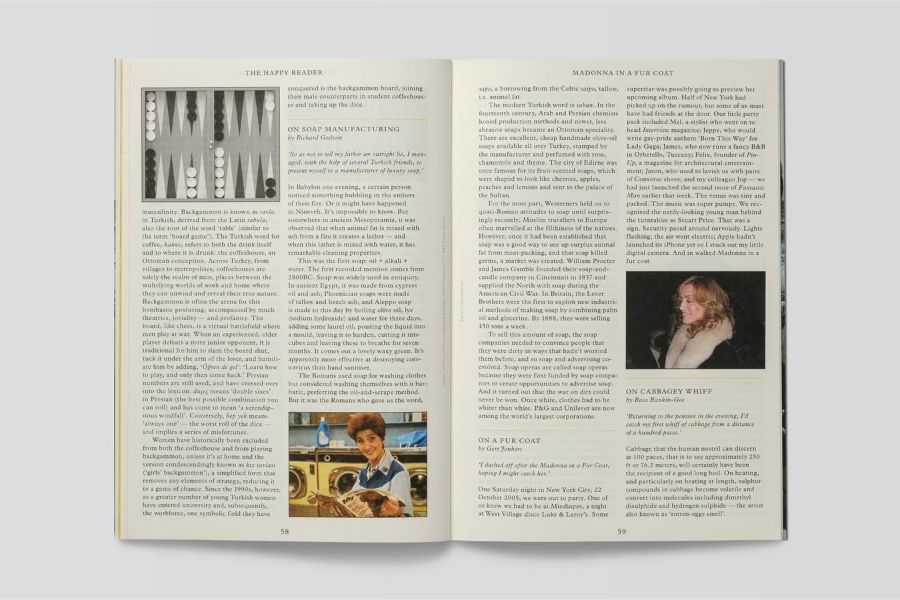 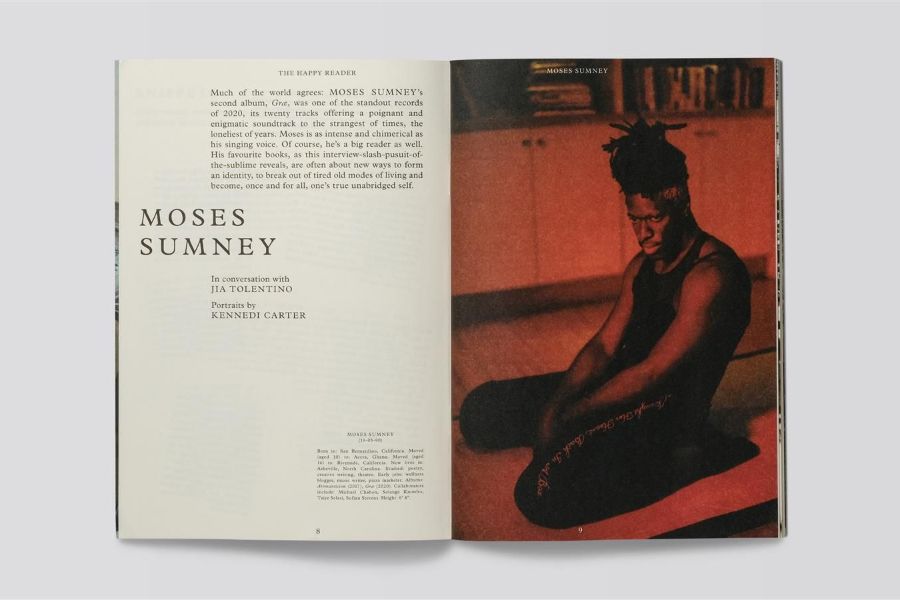 For avid readers and the uninitiated alike, The Happy Reader is a magazine-shaped book club to inspire and entertain.

A collaboration between Penguin Classics and Fantastic Man, the concept is simple: the first half is a long-form interview with a notable book fanatic and the second half explores one classic Book of the Season from an array of surprising and invigorating angles.

On the cover this time, sonic trailblazer Moses Sumney is photographed by Kennedi Carter in Asheville, North Carolina, where he lives.

Our Book of the Season is Sabahattin Ali’s breathtaking romance, MADONNA IN A FUR COAT. Published to indifference in the early ‘40s it’s become one of the biggest literary blockbusters in Turkey in recent years — and the question of how and why it went from underground legend to mass-market hit is intriguing, just like the layered narratives of the novel itself. Contributors include: Elif Shafak, Julie Verhoeven, Liz Johnson Artur, Rob Doyle, Richard Godwin, and Kaya Genç.