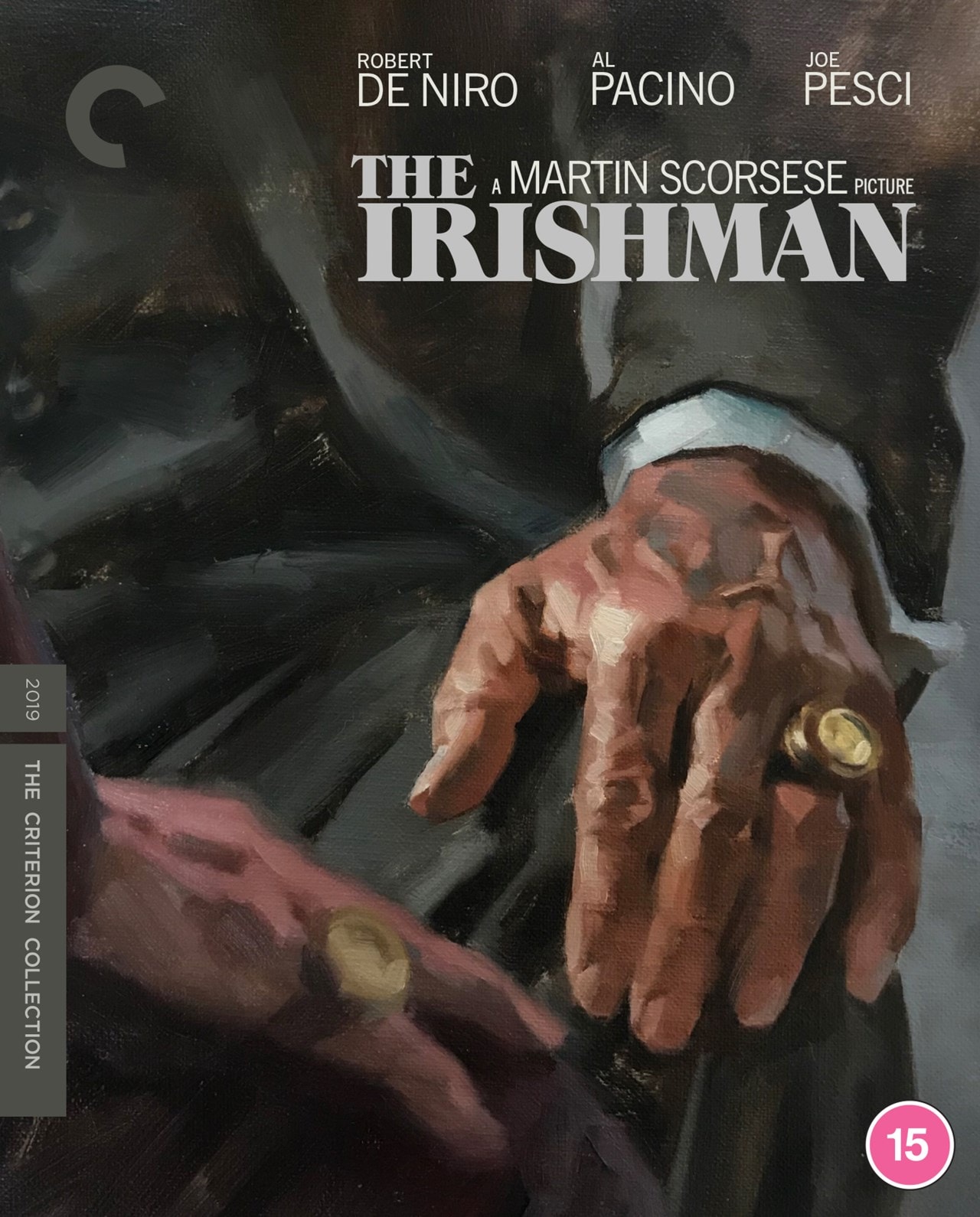 Martin Scorsese’s cinematic mastery is on full display in this sweeping crime saga, which serves as an elegiac summation of his six-decade career.

Left behind by the world, former hit man and union truck driver Frank Sheeran (Taxi Driver’s Robert De Niro) looks back from a nursing home on his life’s journey through the ranks of organized crime: from his involvement with Philadelphia mob boss Russell Bufalino (Goodfellas’ Joe Pesci) to his association with Teamsters union head Jimmy Hoffa (The Godfather’s Al Pacino) to the rift that forced him to choose between the two.

An intimate story of loyalty and betrayal writ large across the epic canvas of mid-twentieth-century American history, The Irishman (based on the real-life Sheeran’s confessions, as told to writer Charles Brandt for the book I Heard You Paint Houses) is a uniquely reflective late-career triumph that balances its director’s virtuoso set pieces with a profoundly personal rumination on aging, mortality, and the decisions and regrets that shape a life.

– New 4K digital master, approved by director Martin Scorsese
– Newly edited roundtable conversation among Scorsese and actors Robert DeNiro, Al Pacino, and Joe Pesci, originally recorded in 2019
– Making “The Irishman,” a new program featuring Scorsese; the lead actors; producers Emma Tillinger Koskoff, Jane Rosenthal, and Irwin Winkler; director of photography Rodrigo Prieto; and others from the cast and crew
– Gangsters’ Requiem, a new video essay by film critic Farran Smith Nehme about The Irishman’s synthesis of Scorsese’s singular formal style
– Anatomy of a Scene: “The Irishman,” a 2020 programme featuring Scorsese’s analysis of the Frank Sheeran Appreciation Night scene from the film
– The Evolution of Digital De-aging, a 2019 program on the visual effects created for the film
– Excerpted interviews with Frank “the Irishman” Sheeran and Teamsters trade-union leader Jimmy Hoffa from 1999 and 1963 Trailer and teaser
– English subtitles for the deaf and hard of hearing
– PLUS: An essay by critic Geoffrey O’Brien