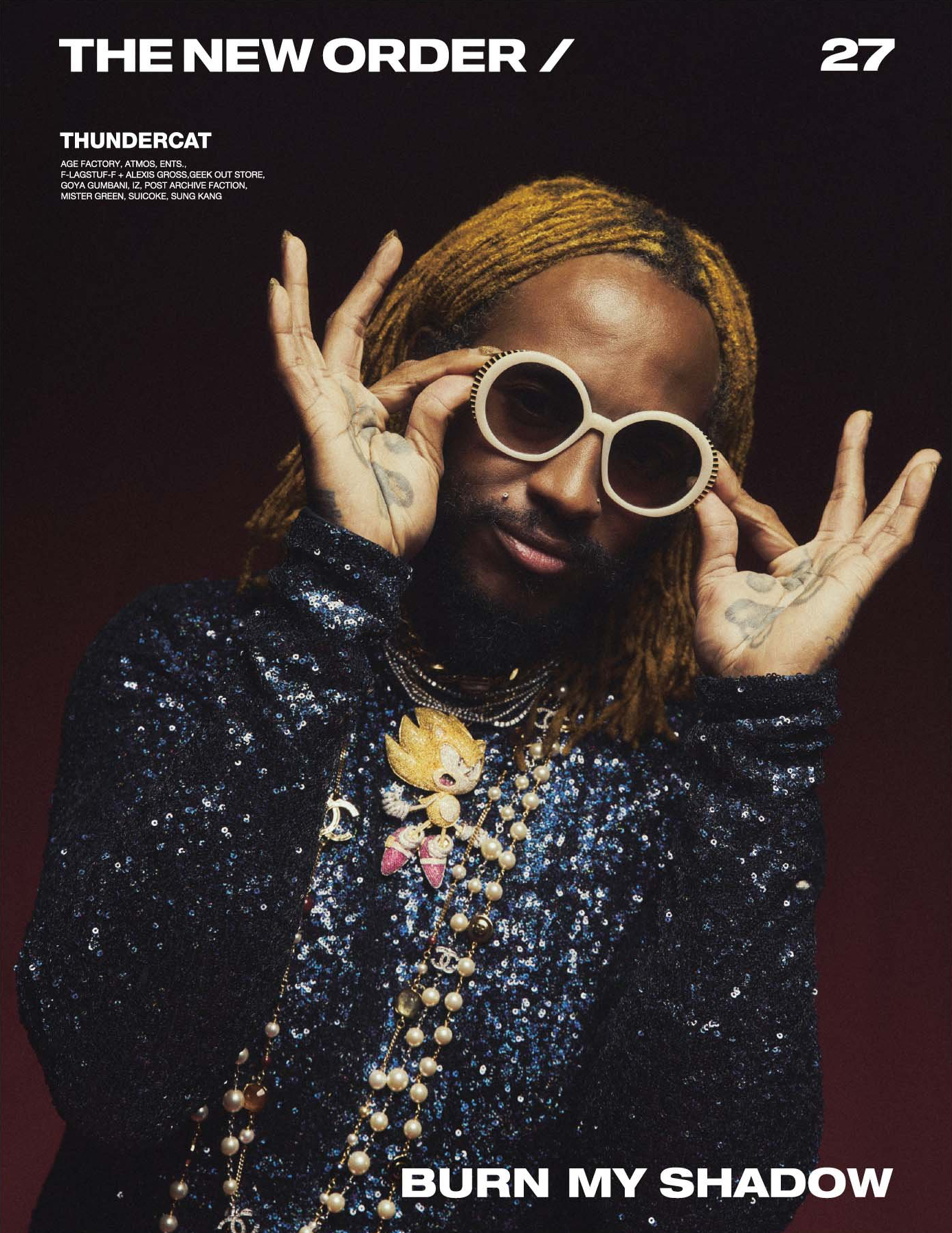 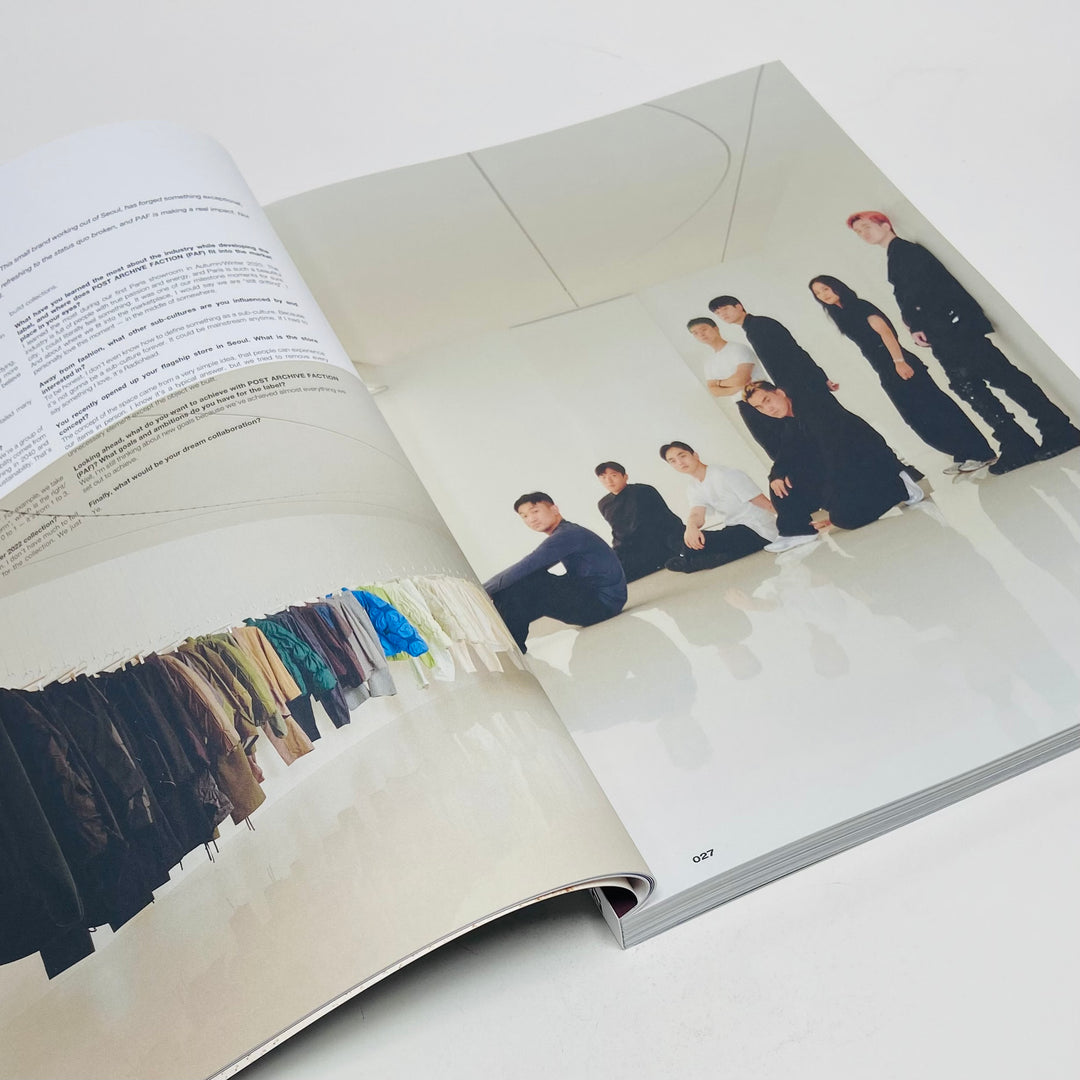 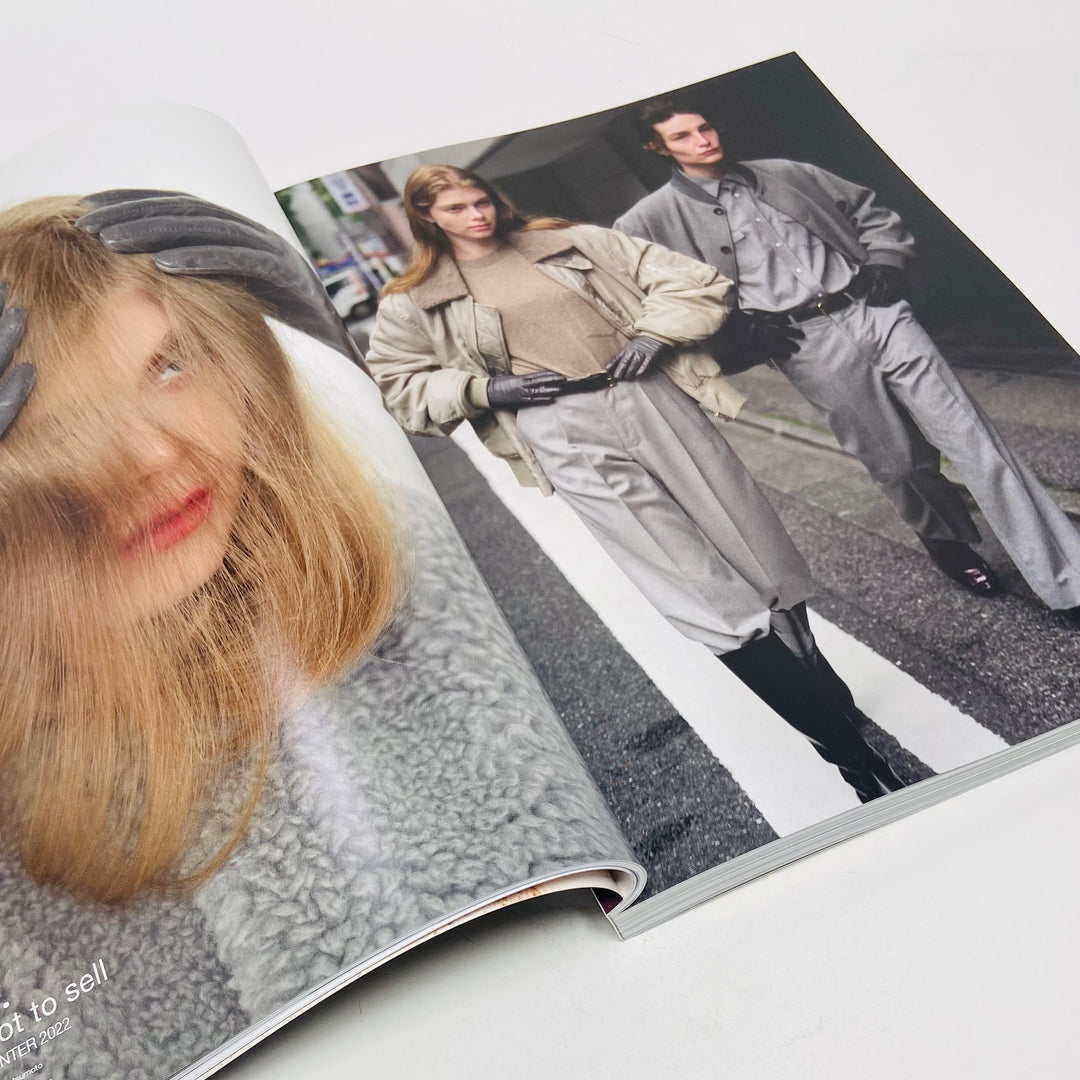 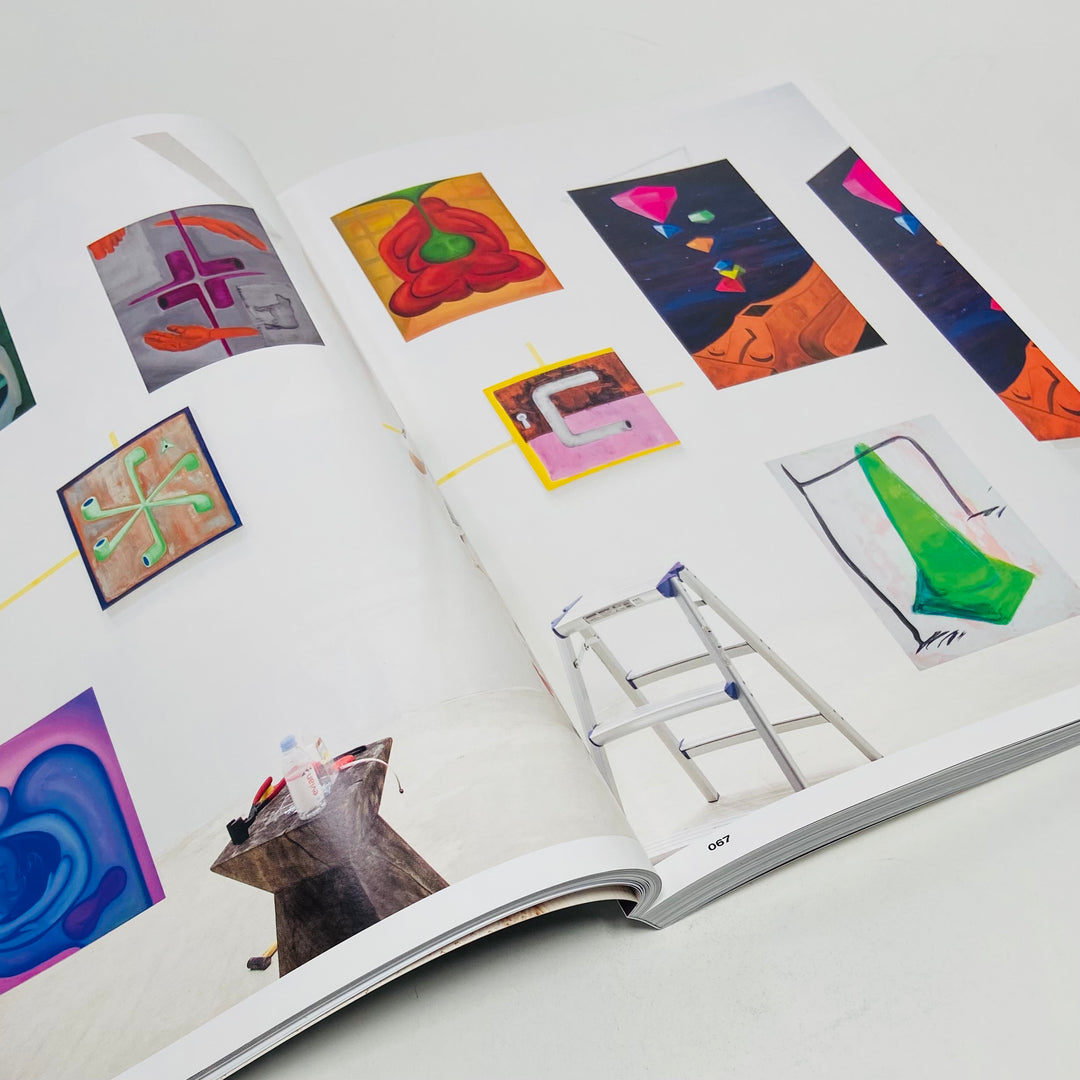 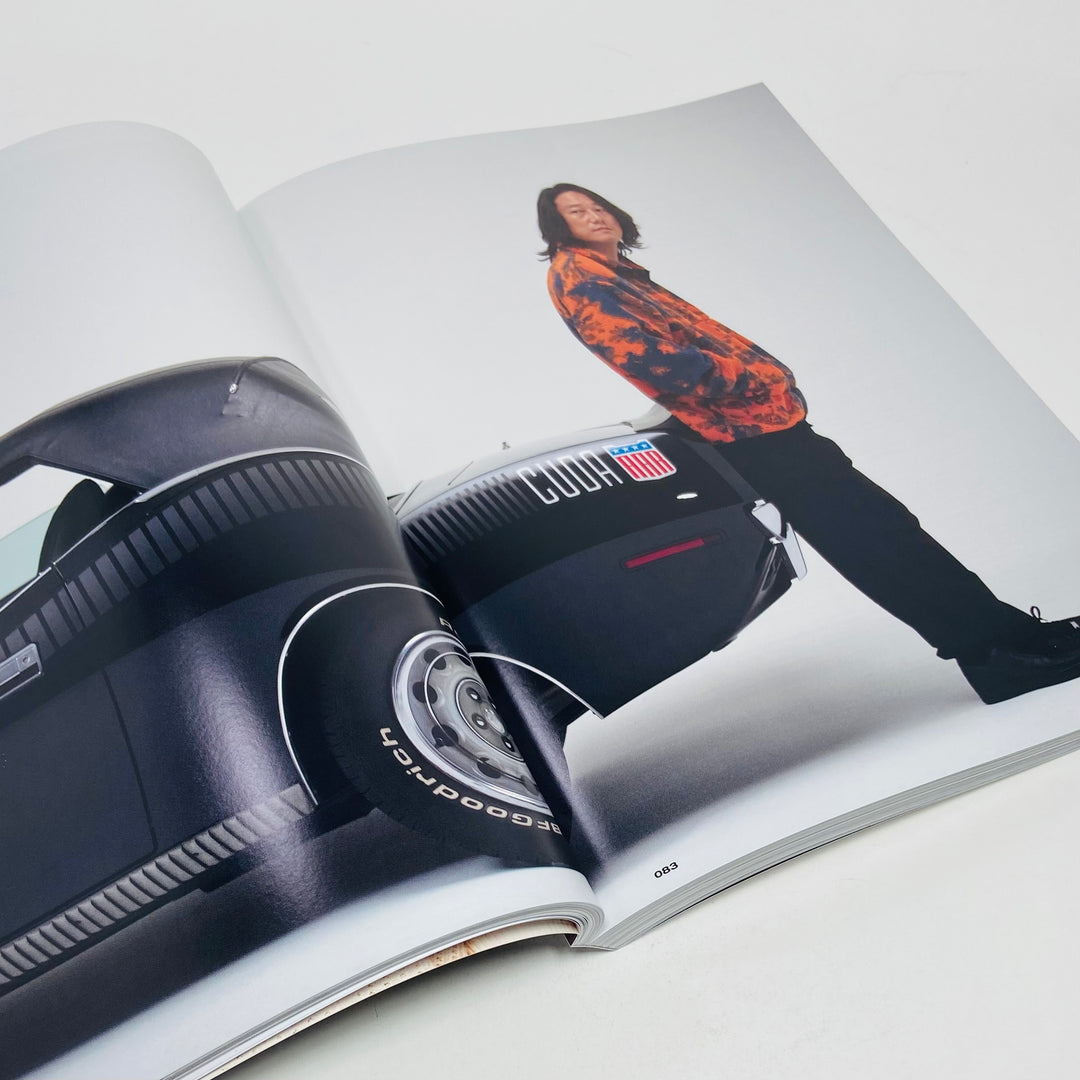 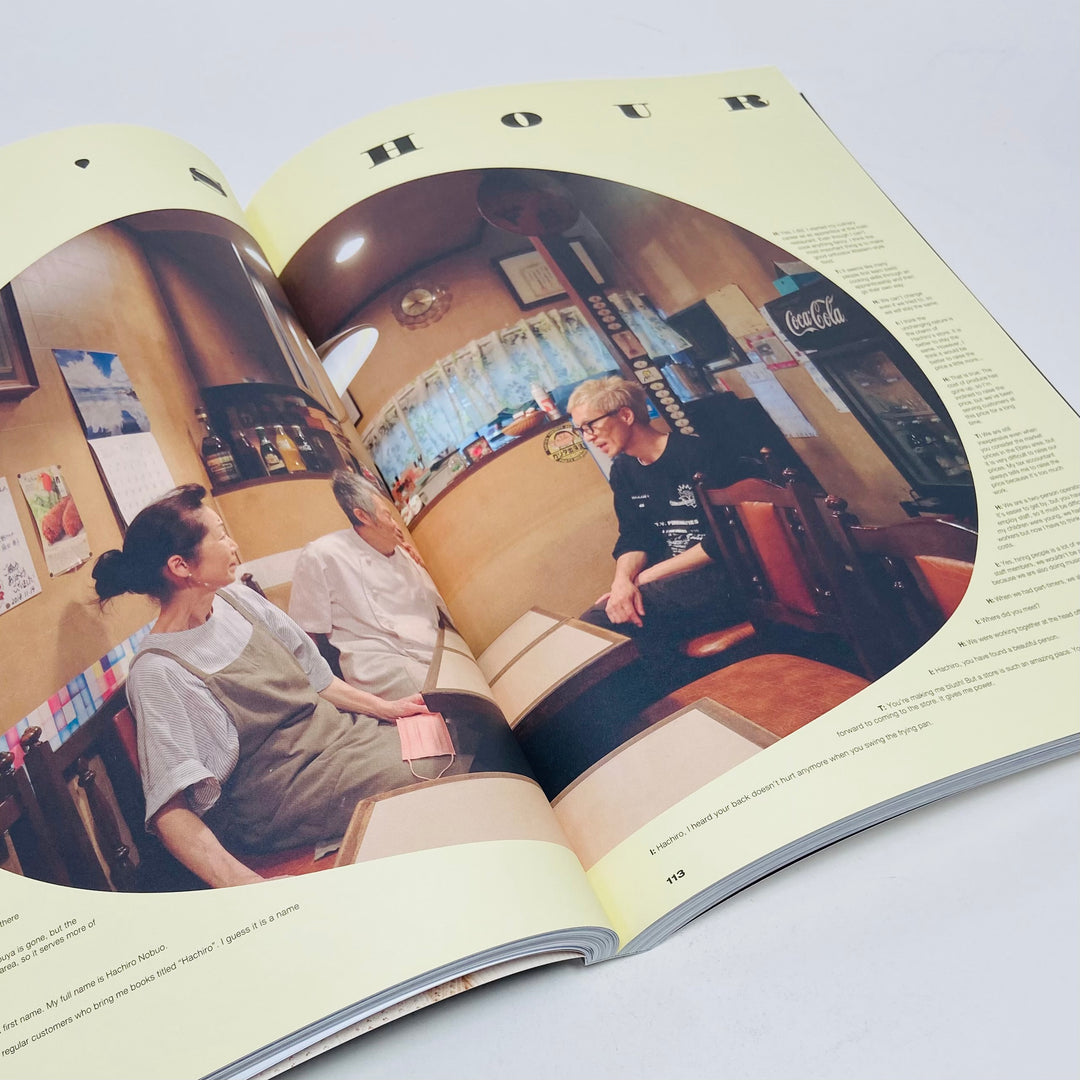 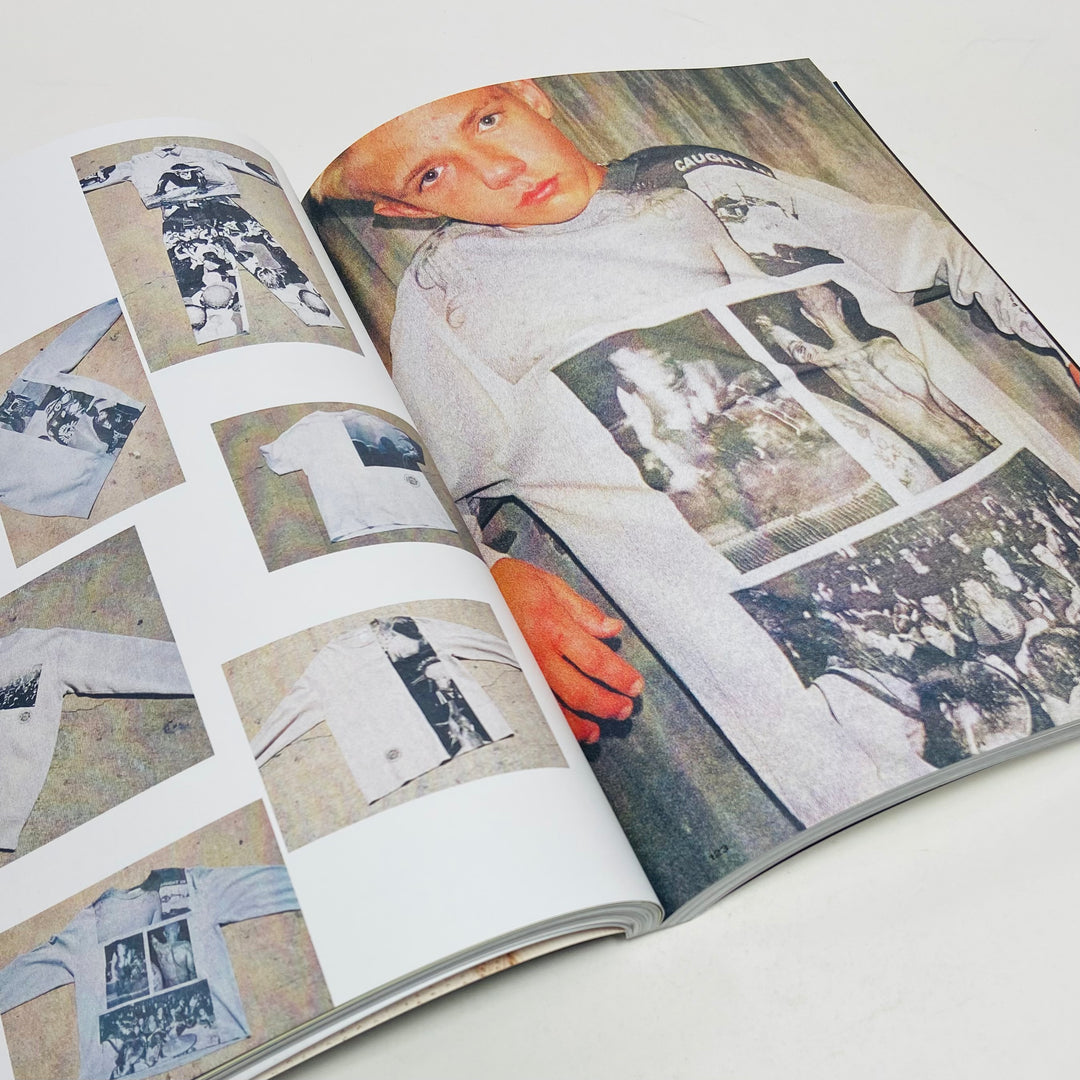 Founded in 2009 by James Oliver, best known for his involvement in launching and developing SLAMXHYPE, a groundbreaking online resource for street culture – At the helm of  The New Order the aim and vision is to progress the evolution and commentary on subculture by drawing on a mantra formulated around a dedication to advancement and originality = True modernism. Within his role as publisher and editorial director for the magazine, James has brought together a host of renowned contributors from all over the globe, while himself being based in Tokyo and working with an established and committed creative team in the Tokyo metropolis.

THUNDERCAT is the first, photographed by Adam Titchener. The story provides a great insight into the world and unique personality of THUNDERCAT emphasised by an insightful interview with the artist.

The second cover, shot by James Oliver features famed actor Sung Kang. Kang together with Japanese sneaker empire atmos make for a very distinctive editorial shot in Tokyo. Furthermore Oliver sat down with Kang to discuss his world in Hollywood and his perception on teh world.

GEEK OUT STORE, shot by the talented Kenichi Yamaguchi this editorial features GEEK OUT STORES Chokan’s extensive collection of Stone Island and C.P. Company. POST ARCHIVE FACTION (PAF) are making big moves with their own unique take on technical apparel design so we created an editorial shot by James Oliver; musician GOYA GUMBANI is shot by Adam Titchener in London; SOFTMACHINE who are celebrating its 20th anniversary is photographed by James Oliver and features a number of friends of the label. We look at the LIBERAIDERS collection with Mei Yong documenting his trip to California. We got the unique opportunity to take a look at youth culture in Palestine through the lens of Maen Hammed and words of Samia Qaiyum with a piece entitled LANDING ON STOLEN LAND. Japanese label ENTS aka EASY NOT TO SELL makes for a distinctive editorial and read with MIDORIKAWA designer Taku Midorikawa taking ownership of the design process from the autumn/winter 2022 collection. Furthermore, the likes of Age Factory and IZ all make for interesting think pieces for the issue while we took a look at the collaboration between ALEXIS GROSS and FLAGSTAFF. Another noteworthy editorial is the DANCE UNTIL DAYLIGHT, an article that provides a very unique insight into the underground Tokyo club scene with an abundance of well known people featured.