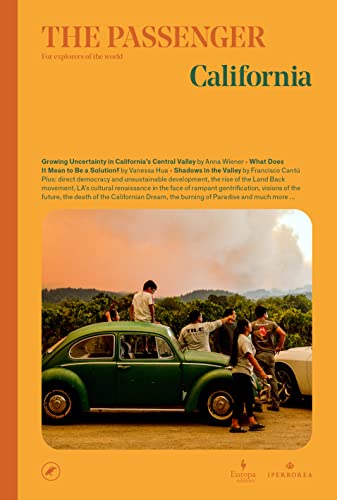 IN THIS VOLUME: Growing Uncertainty in California’s Central Valley by Anna Wiener • What Does

It Mean to Be a Solution? by Vanessa Hua • Shadows in the Valley by Francisco Cantú. Plus: direct democracy and unsustainable development, the rise of the Land Back movement, LA’s cultural renaissance in the face of rampant gentrification, visions of the future, the death of the Californian Dream, the burning of Paradise and much more . . .

“Wildfire season had already begun, and, as the car pitched along the road through Kings Canyon, I tried to tamp down a feeling like dread. In California, where the effects of global warming are pervasive and unsubtle, spending time in the forest always makes me feel unspeakably lucky and dizzy with remorse. Families in masks stomped through the Giant Forest to pose for photographs in front of General Sherman, a 275-foot-tall tree. Children licked ice-cream bars by the visitor center. In the parking lot, some of the oldest living trees in the world shaded eight-seat SUVs: Kia Tellurides, Chevy Tahoes, Toyota Sequoias.”

—From “Growing Uncertainty in California’s Central Valley” by Anna Wiener