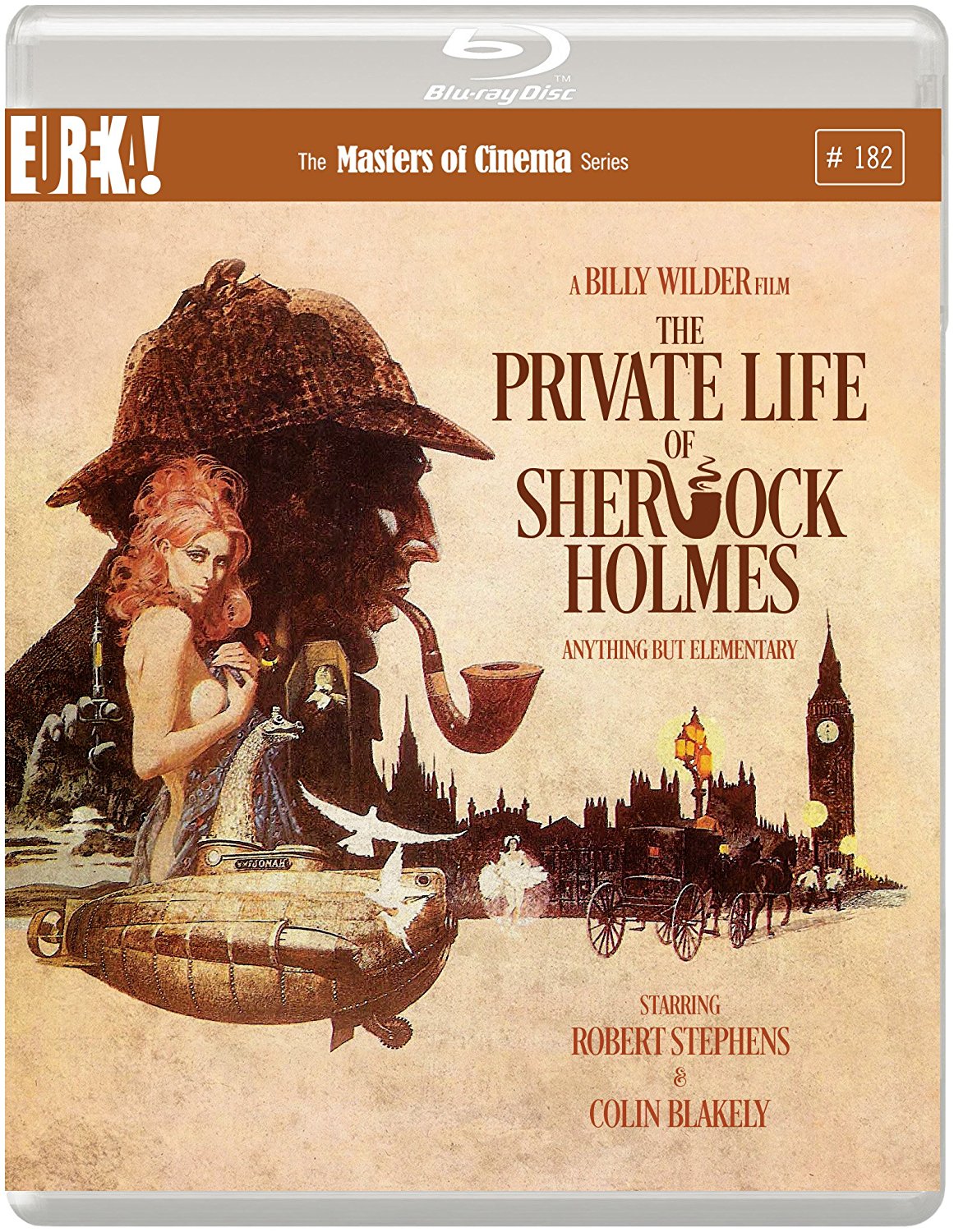 Considered by many Holmesians to be the best Sherlock Holmes movie ever made, Billy Wilder’s The Private Life of Sherlock Holmes is both an affectionate parody, and a brilliant, melancholy celebration of Arthur Conan Doyle’s famous detective.

Sherlock Holmes (Robert Stephens) and Dr. Watson (Colin Blakely), are tasked with locating the missing husband of a mysterious woman fished out of the River Thames. The course of their investigation leads them to Scotland and encounters with a group of monks, some dwarfs and even the Loch Ness Monster. Can Holmes and Watson crack the case?

Co-written by Wilder and I. A. L. Diamond (one of eleven screenplays they wrote together) and starring the late great Christopher Lee as Sherlock’s brother Mycroft, The Private Life of Sherlock Holmes is one of the most underrated films in Billy Wilder’s filmography, and The Masters of Cinema Series is proud to present the film for Blu-ray for the first time in the UK.