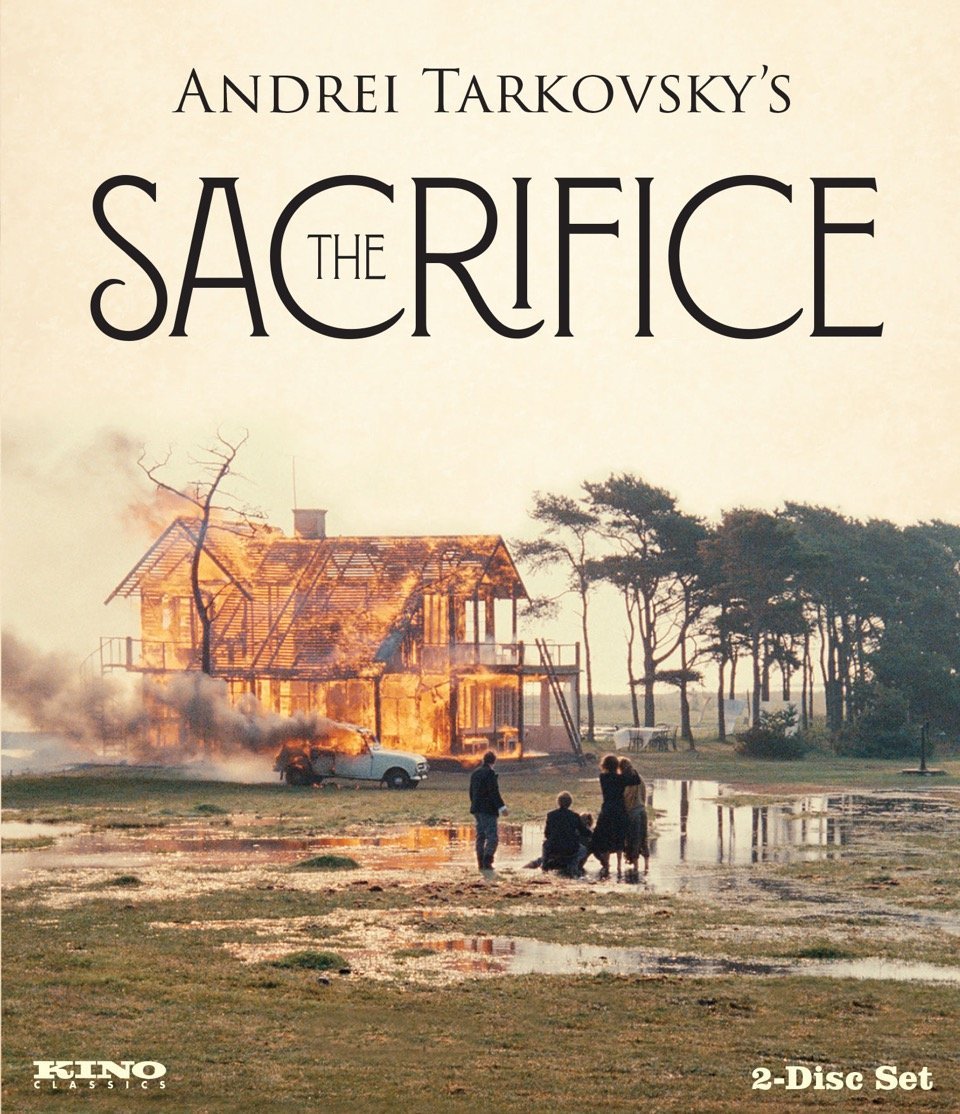 Andrei Tarkovsky’s final masterpiece, The Sacrifice (1986) is a haunting vision of a world threatened with nuclear annihilation. As a wealthy Swedish family celebrates the birthday of their patriarch Alexander (Erland Josephson, Cries and Whispers), news of the outbreak of World War III reaches their remote Baltic island — and the happy mood turns to horror. The family descends into a state of psychological devastation, brilliantly evoked by Tarkovsky’s arresting palette of luminous grays washing over the bleak landscape around their home.

The film’s masterful cinematography is by Sven Nykvist, Ingmar Bergman’s longtime collaborator. Made as he was dying of cancer, The Sacrifice is Tarkovsky’s closing artistic testament, a profoundly moving, redemptive tragedy steeped in unforgettable imagery and heart-wrenching emotion.

Special features:
– Booklet with excerpts from Andrei Tarkovsky’s diaries and an essay by film scholar Robert Bird
– Disc One: Audio commentary by Layla Alexander-Garrett, Andrei Tarkovksy’s translator on the set of The Sacrifice
– Disc Two: DIRECTED BY ANDREI TARKOVSKY, a documentary on the making of The Sacrifice (102 minutes) |
– Interview with Michał Leszczyłowski, editor of THE SACRIFICE and director of DIRECTED BY ANDREI TARKOVSKY”