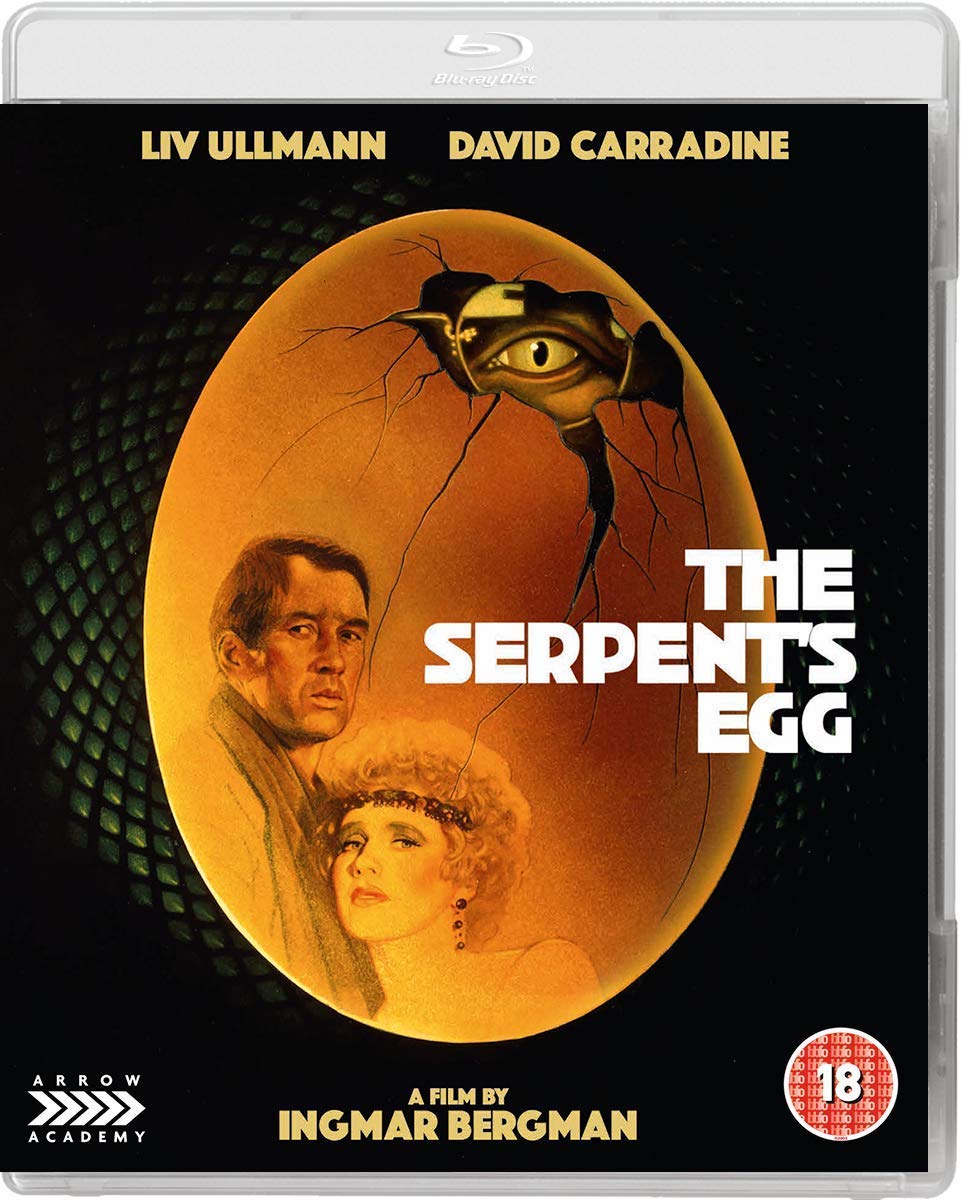 In 1977, legendary Swedish filmmaker Ingmar Bergman (The Seventh Seal, Persona) teamed up with the equally legendary Italian producer Dino De Laurentiis (La strada, Danger: Diabolik) for what would be the director s one and only Hollywood feature.

Berlin, 1923. Out-of-work circus performer Abel Rosenberg (David Carradine) is living in poverty. When his brother commits suicide, he moves into the apartment of his cabaret singer sister-in-law (Liv Ullmann), but the pair soon attract the attentions of both the police and a professor with a terrifying area of research when they start to make enquiries about his mysterious death.

One of Bergman s darkest and most unlikely films, The Serpent’s Egg is a hypnotic, Kafkaesque tale of paranoia in a poisoned city.