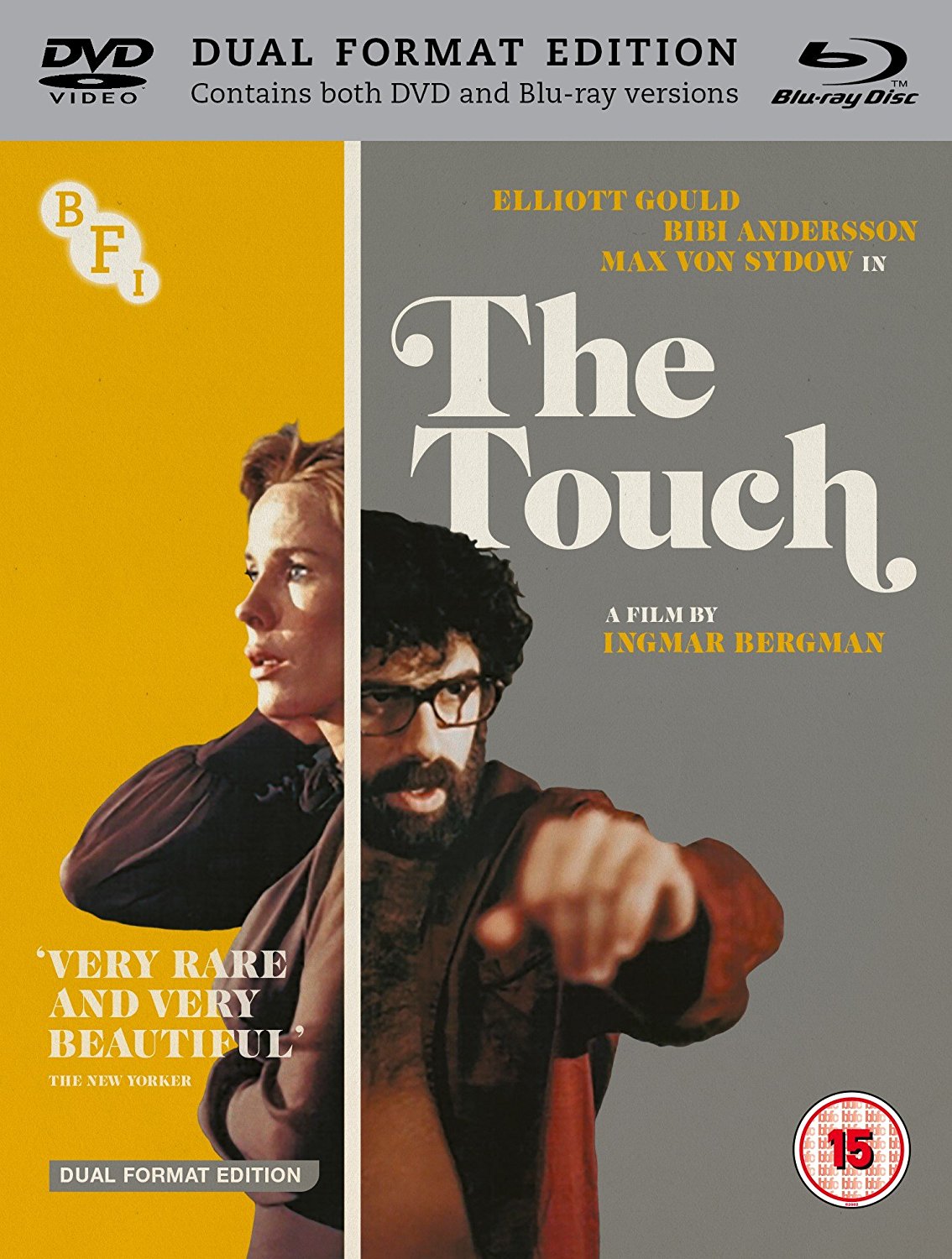 The BFI is proud to present Ingmar Bergman’s The Touch available here for the first time on Blu-Ray worldwide.

Happily married mother Karin (Bibi Andersson) surprises herself by responding in kind to a sudden profession of love from David (Elliott Gould), an archaeologist visiting Sweden, whom her doctor husband (Max von Sydow) has befriended. But however exhilarating, love is seldom simple and deceit – and David’s volatile temperament – take their toll.

Bergman’s first film made with an established Hollywood star was originally released in an entirely English-language version, this presentation of The Touch is a restoration by the Swedish Film Institute from the original negative of Bergman’s preferred Swedish-English cut.

Special features:
– Presented in High Definition and Standard Definition
– Ingmar Bergman (1971, 53mins): on-set documentary on the making of The Touch
–
In Conversation with Liv Ullman (2018, 60 mins): the actress interviewed on stage by Geoff Andrew at BFI Southbank
– Sheila Reid: The Touch (2018, 21 mins) the only British actress to appear in a Bergman film recalls working on The Touch
–
Fully illustrated booklet with new writing by Geoff Andrew and Vic Pratt, and full film credits