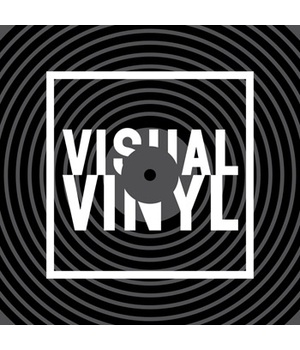 Collects some of the most visually stunning and evocative album covers from the 20th Century Features homages to numerous important designers and artists, such as Damien Hirst, Yoko Ono and Raymond Pettibon Up until the 1940s, records were sold in plain, uniform jackets.

In the post-war years, musicians and record companies discovered that graphically designed record covers had the potential to boost sales. Significantly, in the 1960s contemporary artists began to create record jackets that became an inspiration for others on account of their radical, groundbreaking designs. Many of them have become symbols recognized not only by fans but by the wider public, symbols of an era where artistic freedom, experimentation, and innovation were encouraged. This book is the first-ever comprehensive introduction to these resplendent album covers.

They have been taken from the extensive archive of the Dutch designer Jan van Toorn, one of the most active collectors and a leading expert in the field.The book includes surrealist designs by Salvador Dali; covers by famous pop artists such as Andy Warhol, Roy Lichtenstein, Robert Rauschenberg and Jean-Michel Basquiat; works by the Vienna-based group ‘Wiener Aktionismus’; and contemporary designs by Jeff Koons, Damien Hirst, Banksy, and Ai Weiwei.

Special importance is given to the designs from the circle of Fluxus artists, a radical sixties group who often produced music during their multimedia performances. The Fluxus artists frequently published their artwork on records, as did John Cage and Yoko Ono. Another focus of the book is Raymond Pettibon, who shot to fame when his legendary cover for the punk band Black Flag exploded into the record stores. Full of famous names and artists deserving of greater recognition, this book is the perfect gift for any vinyl-lover.”