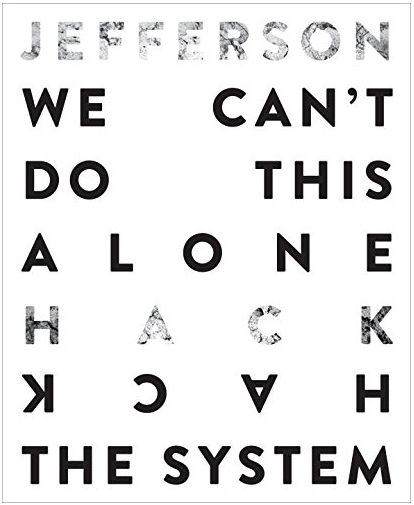 We Can’t Do This Alone: Hack the System

Influential editor Jefferson Hack explores how collaboration and cultural disruption can initiate new formulas for creative communication. For more than twenty years, Jefferson Hack has pioneered the idea of magazines as communities. He is responsible for several of the most enduring fashion and pop culture publications, including Dazed & Confused, founded in 1991, AnOther Magazine, and Another Man. Edited by Hack himself, this book will include multiple voices from visionaries such as Hans Ulrich Obrist, Björk, and Tilda Swinton, original works from his magazines, digital projects, stills from experiential exhibitions, and collaborative film, television, and photography projects masterminded with such cultural provocateurs as Rankin, Kate Moss, U2, and Thom Yorke. This insightful book reveals Hack’s avant-garde and collaborative working method, illustrating how a transdisciplinary approach can break the conventional mold of a magazine into a modern experience that extends into the realm of film, websites, exhibitions, and beyond. We Can’t Do This Alone seeks to share methodologies and inspire creatives to challenge the boundaries of how we perceive culture, suggesting anti-formula processes that can be adopted to define what the future of publishing and communication may look like in the fast evolving media landscape of the twenty-first century.

Jefferson Hack is the editorial director and cofounder of Dazed Group. Hans Ulrich Obrist is codirector of exhibitions and programs and director of international projects at Serpentine Galleries. Björk is an Icelandic composer, musician, and singer. Tilda Swinton is a British actress and fashion icon known for both arthouse and mainstream films.