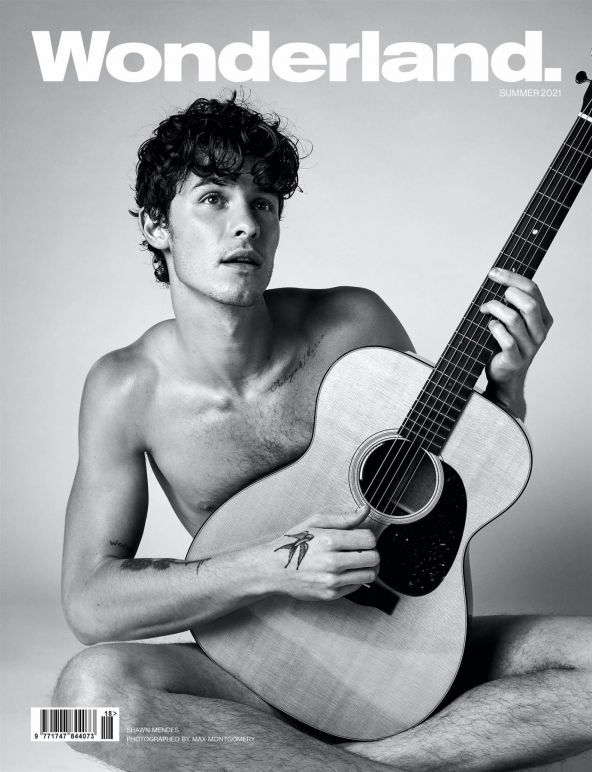 Wonderland is a uniquely positioned new, independent, bi-monthly publication for both men and women spotlightning contemporary visual culture- art, design, film  both the influences and developments, together with the very latest fashion, shot by some of the most innovative photographers working today. Assisting the readers instead rather than dictating to them, so that they may decide for themselves how to spend their time and their money.

“I still struggle with trying to fit into the shoes of who I believe ‘Shawn Mendes’ should be…at some point along the line, my expectations and my standard of who I should be, the music I should make, and the way I should look, became so high that no matter what I did and no matter how hard I was trying with my music, I couldn’t fit those shoes. If I even struggle to [live up to] what I think I should be, I definitely don’t want to make it harder for the 14-year-old kid in Canada to be who they are.”

At 14-years-old, he taught himself how to play the guitar at home in his native Toronto. By 15, he was on social media app Vine, amassing over half a billion views before its subsequent close quickly chucked him headfirst into the spotlight – blissfully ambitious and unprepared for what fame could throw at him. But unlike other pop stars with a following as big as him, each time he delves into his past, the narrative isn’t the same polished, pre-packaged tale churned out and chewed over by the mouths of many. Mendes undoubtedly radiates in his ability to be honest, repeatedly delving deeper and deeper into the crippling anxieties and struggles he’s faced as one of the biggest pop stars of our generation. Perhaps because underneath it all, Mendes is still just a small-town boy from Canada who willingly gave over his heart to music.

Ahead of eagerly awaited new music and a rumoured global tour, Mendes covers our summer issue delving into everything from crippling self-pressures to unrealistic expectations. In a refreshingly frank and sincere conversation, Mendes opens up to Kevin Abstract on everything from comparison culture to the power of therapy, and how he struggles to live up to the idealistic projection of his own image.