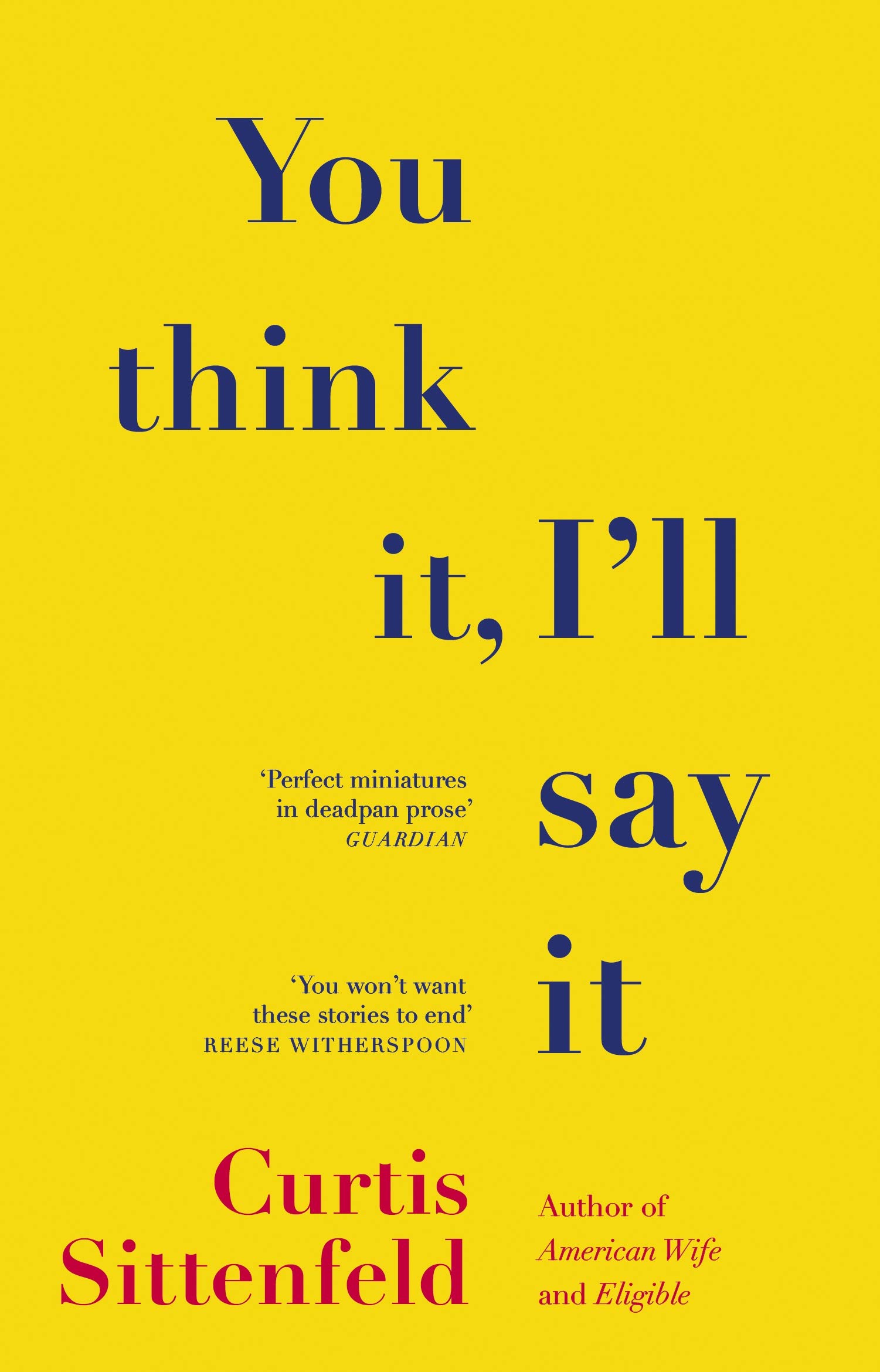 You Think It, I’ll Say It: Stories

“Every bit as smart, sensitive, funny, and genuine as her phenomenally popular novels,”* a dazzling collection from the New York Timesbestselling author of Prep, American Wife, and Eligible

“I really loved all the characters in this book. They’re so complex and interesting, and in every story, you’ll find them going through these pivotal moments in their lives.”–Reese Witherspoon (Reese’s Book Club x Hello Sunshine Book Pick)

A suburban mother of two fantasizes about the downfall of an old friend whose wholesome lifestyle empire may or may not be built on a lie. A high-powered lawyer honeymooning with her husband is caught off guard by the appearance of the girl who tormented her in high school. A shy Ivy League student learns the truth about a classmate’s seemingly enviable life.

Curtis Sittenfeld has established a reputation as a sharp chronicler of the modern age who humanizes her subjects even as she skewers them. Now, with this first collection of short fiction, her “astonishing gift for creating characters that take up residence in readers’ heads” (The Washington Post) is showcased like never before. Throughout the ten stories in You Think It, I’ll Say It, Sittenfeld upends assumptions about class, relationships, and gender roles in a nation that feels both adrift and viscerally divided.

With moving insight and uncanny precision, Curtis Sittenfeld pinpoints the questionable decisions, missed connections, and sometimes extraordinary coincidences that make up a life. Indeed, she writes what we’re all thinking–if only we could express it with the wit of a master satirist, the storytelling gifts of an old-fashioned raconteur, and the vision of an American original.

LONGLISTED FOR THE CARNEGIE MEDAL FOR EXCELLENCE IN FICTION

“Witty and buoyant . . . Each deceptively simple and breezy story is masterfully paced and crafted.”—Chicago Tribune