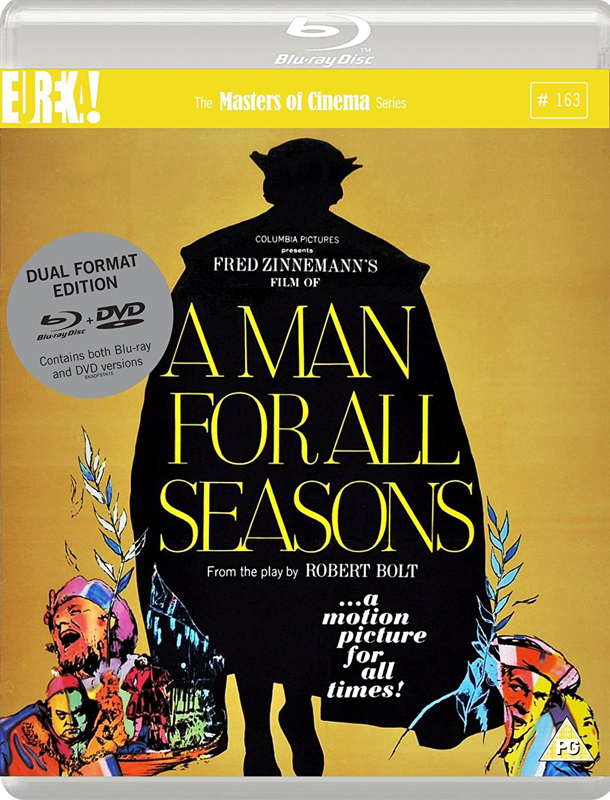 A Man For All Seasons (Dual Format Edition)

Ranked as one of the finest British films of all time, director Fred Zinnemann (High Noon, From Here to Eternity, Day of the Jackal) A Man for All Seasons was lavished with awards and critical praise upon release for its opulent mise en scene and the incredible performances from its cast.

Sir Thomas More (Paul Scofield), Englands Roman Catholic Chancellor, is forced into a difficult position when corrupt King Henry VIII (Robert Shaw, Jaws, From Russia with Love) demands his approval to divorce his wife and marry his mistress. Torn between his conscience and duty to the crown, Sir Thomas chooses to say nothing, sparking the rage of the king. What unfolds is a battle of wills packed with palace intrigue, political brinkmanship and the fate of man, church and country. In the end, his silence spoke loudest of all.

Written for the screen (adapted from his own play of the same name) by esteemed playwright and screenwriter Robert Bolt (Lawrence of Arabia, Doctor Zhivago) and featuring a legendary cast that also includes Orson Welles, John Hurt, Susannah York and Nigel Davenport amongst others, The Masters of Cinema Series is proud to present A Man for All Seasons on Blu-ray for the first time in the UK in a special Dual-format edition.