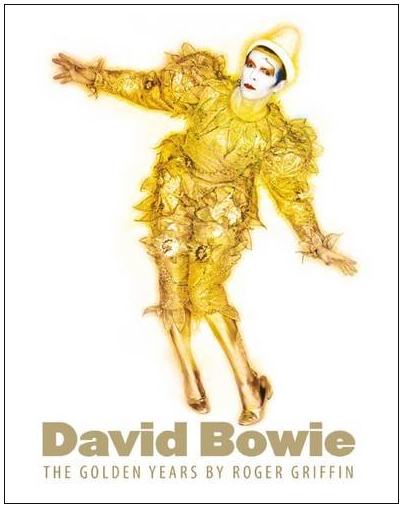 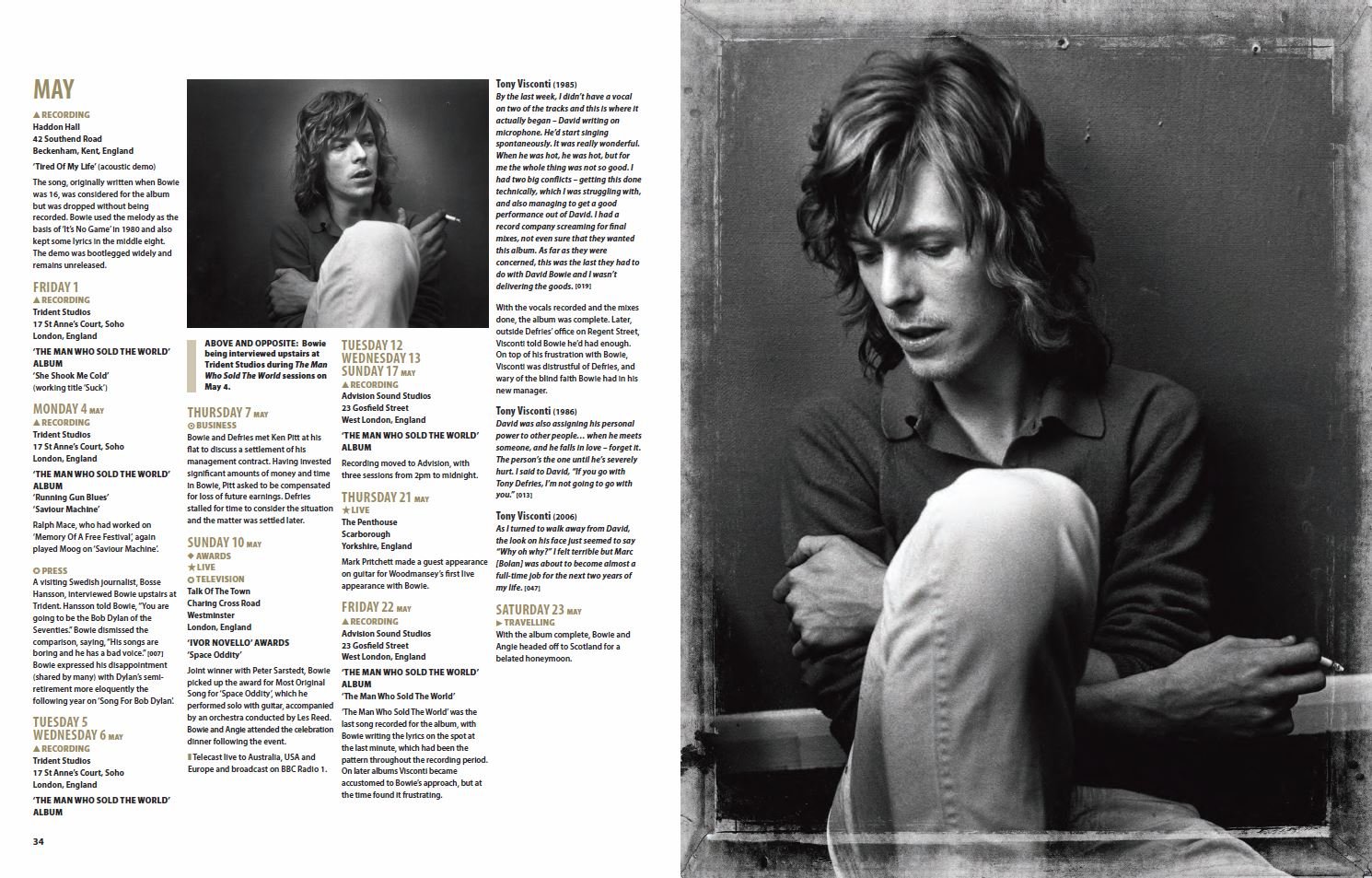 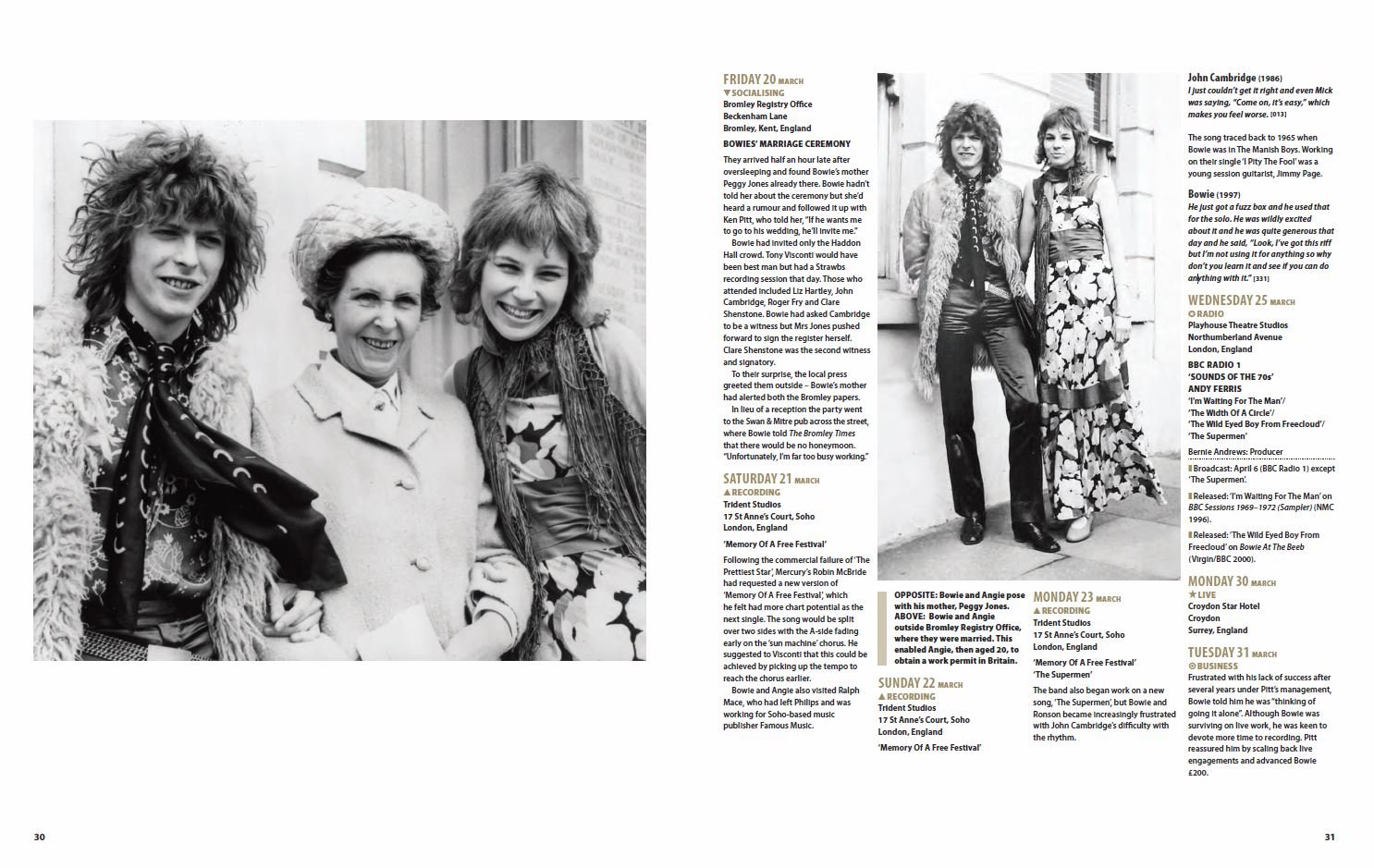 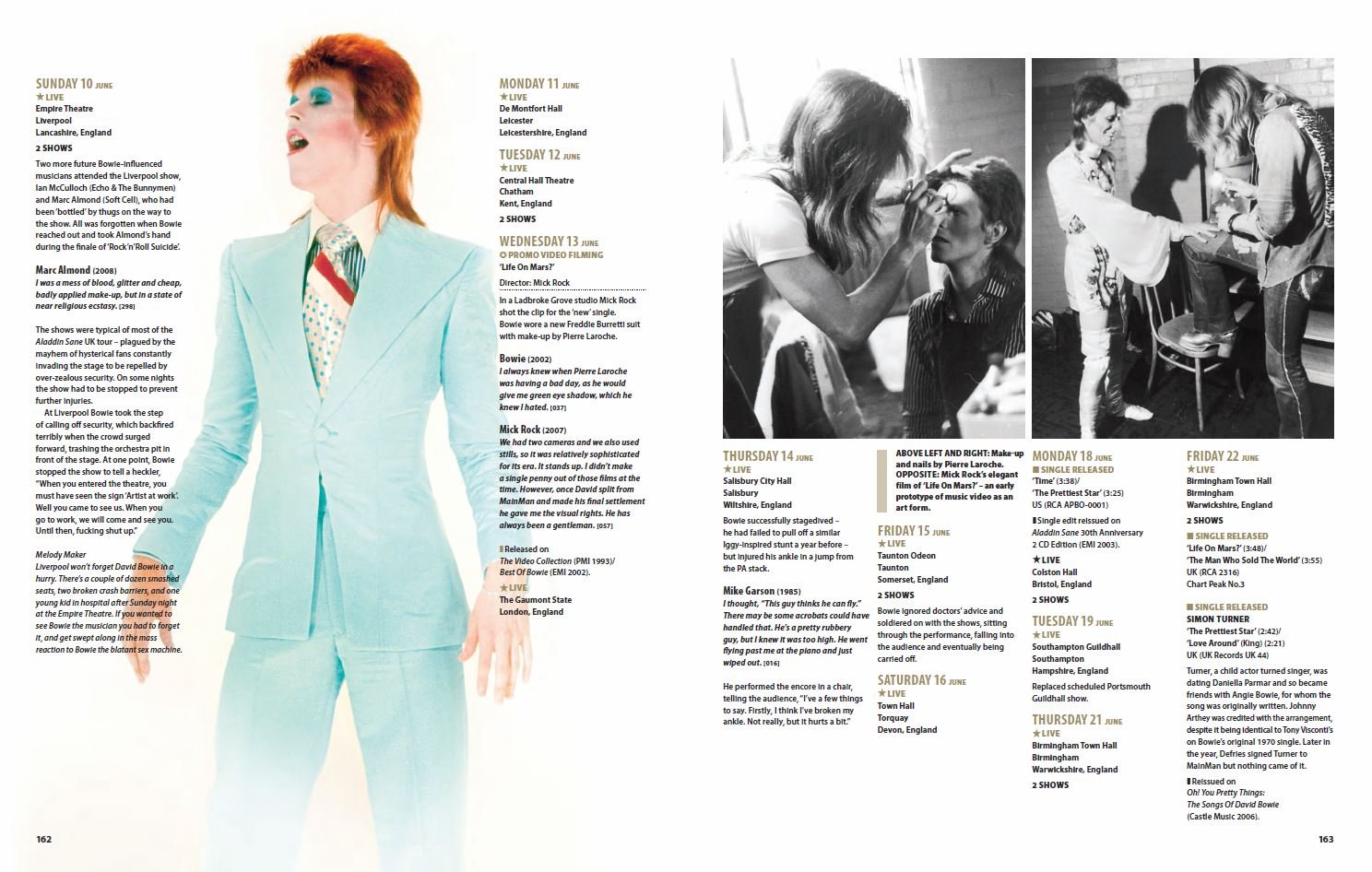 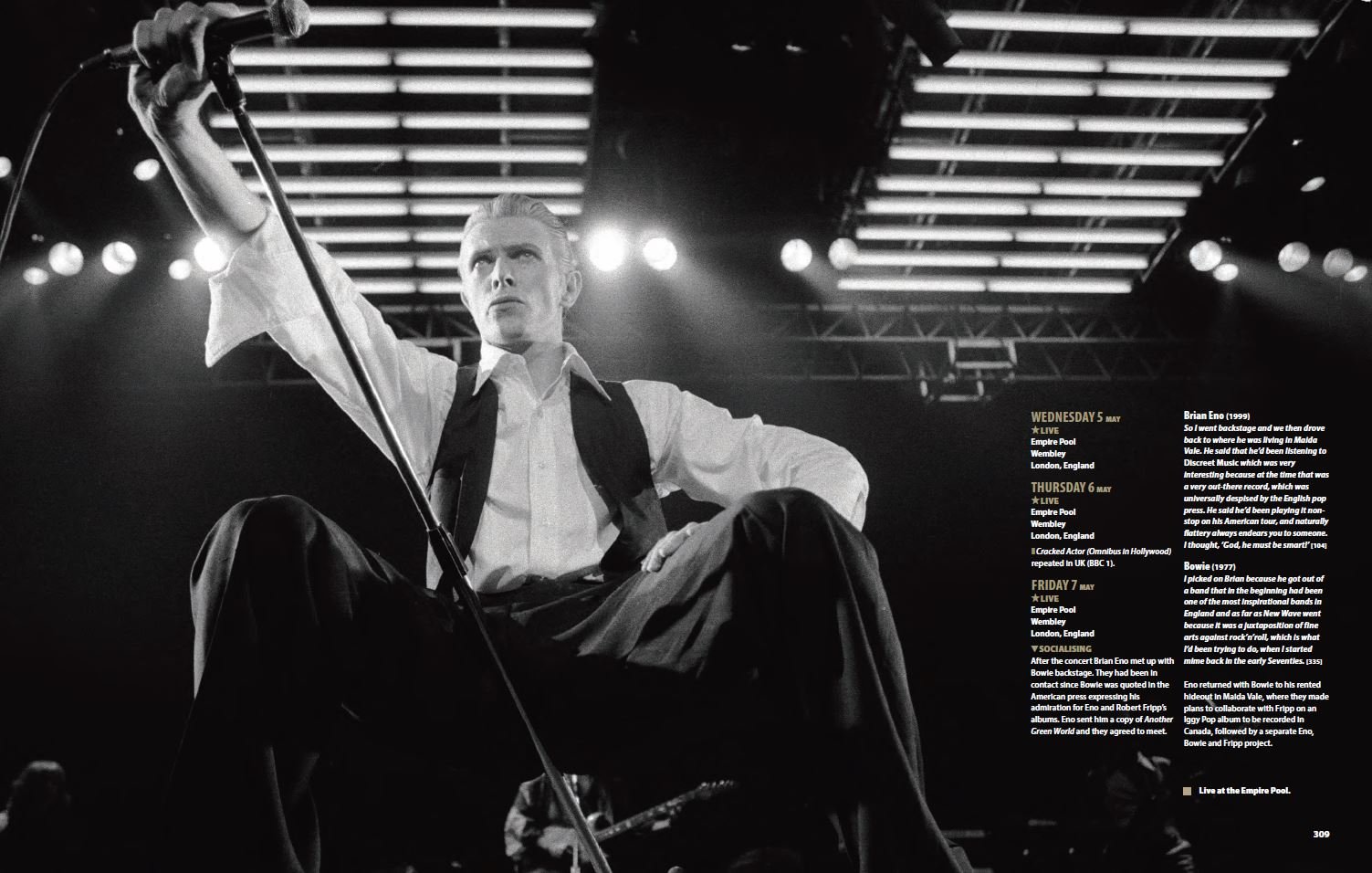 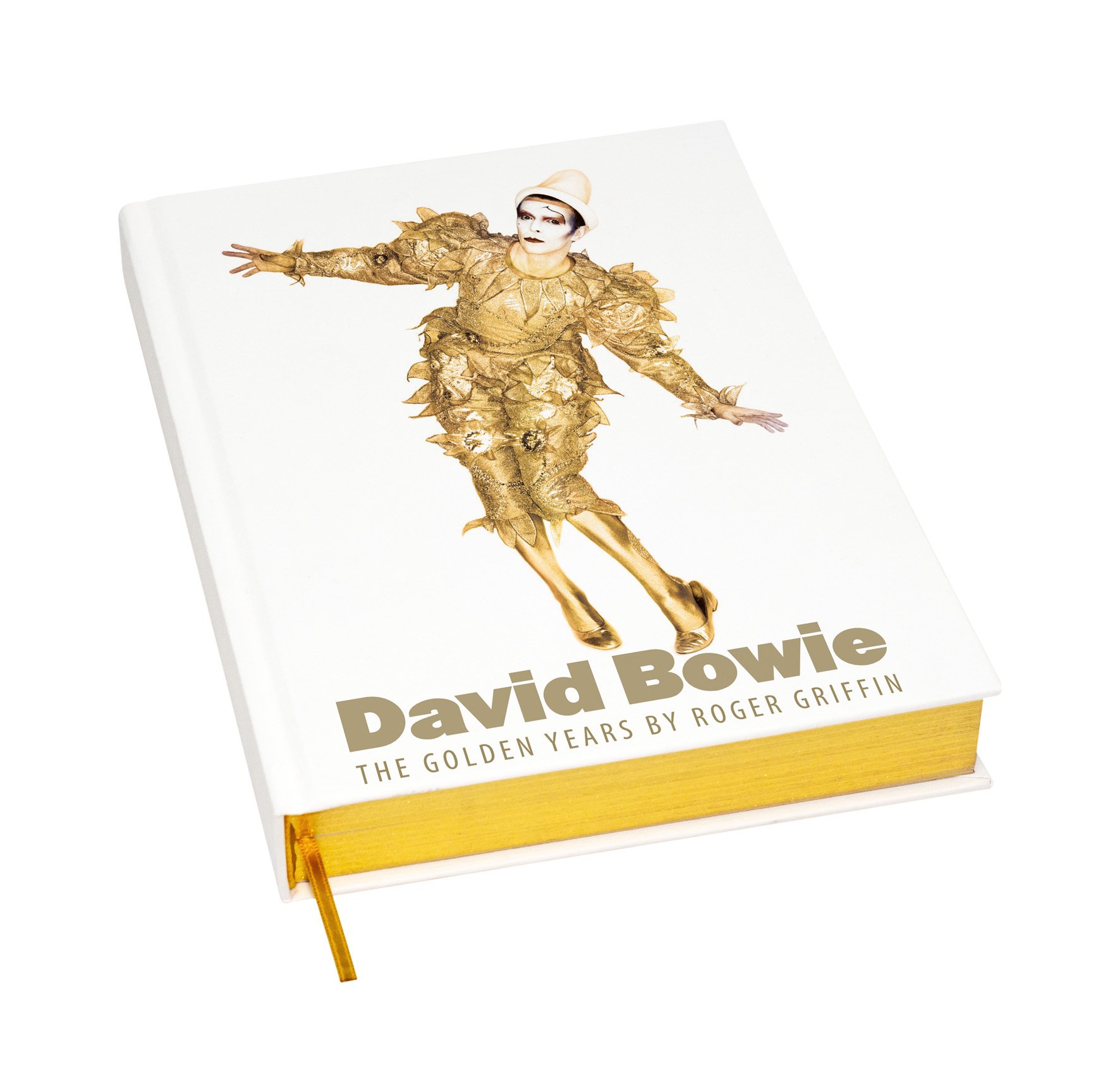 The exquisitely designed, day-by-day history of David Bowie in the 1970s.

David Bowie: The Golden Years chronicles Bowie’s creative life during the 1970s, a decade that defined his career. This deep dive looks at the superstar’s life and work in a year by year, month by month, day by day format, placing his works in their historical, personal and creative contexts.

The Golden Years accounts for every live performance: when and where and who played with him. It details every known recording: session details, who played in the studio, who produced the song, and when and how it was released. It covers every collaboration, including production and guest appearances.

This stunning collector’s item also highlights Bowie’s film, stage and television appearances: Bowie brought his theatrical training into every performance and created a new form of rock spectacle. The book follows Bowie on his journeys across the countries that fired his imagination and inspired his greatest work, and includes a detailed illustrated discography documenting every Bowie recording during this period, including tracks he left in the vault. Many of these ended up on reissues and compilations, which are covered comprehensively.

Beautifully designed and featuring photographs and ephemera from Bowie’s 1970s careers, The Golden Years is an invaluable addition to the shelves of any true Bowie fan. You may not be able to travel back in time to experience (or re-experience) the Bowie phenomenon, but this gorgeous book is the next best thing.