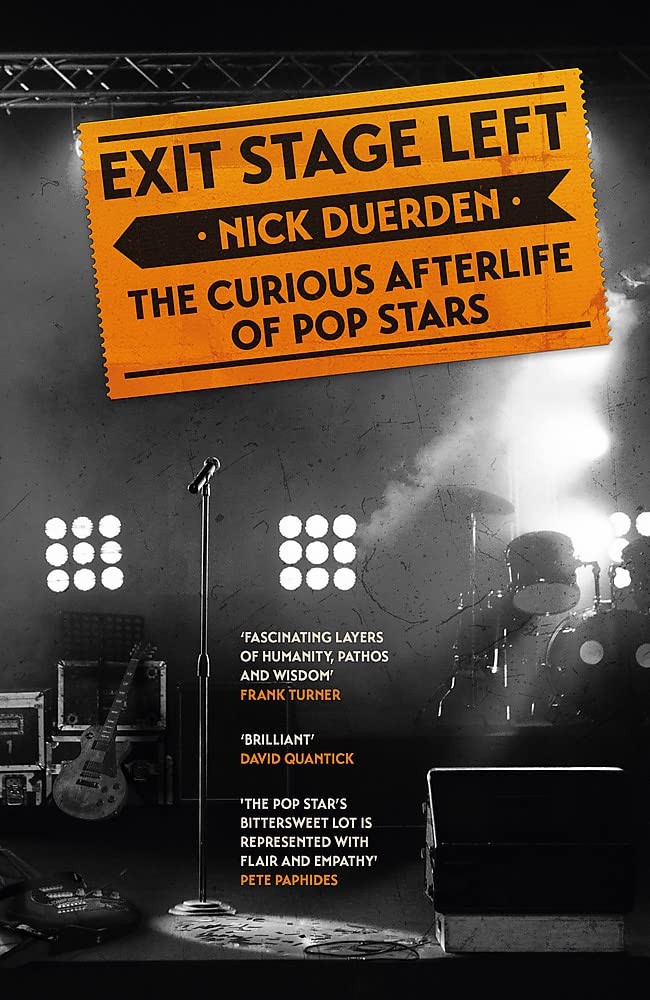 Nick Duerden has spent many years interviewing the most famous musicians on the planet. Without exception, they are at their most interesting when they’ve  peaked, and when they are on their way down. In many ways, this is when  these former idols are at their most heroic, too, because they reveal  themselves not only to be humane and sensitive, but also still driven to  create, to fulfill their lingering dreams, to refuse to live quietly.

Some sustain themselves on the nostalgia  circuit. Others continue to beaver away in the studio, no longer Abbey  Road so much as the garden shed. The desire for adulation is a light that never goes out. We live  in a culture obsessed by the notion of fame – the heedless pursuit of  it, the almost obligatory subsequent fallout. But what’s it like to actually  achieve it, and what’s it like when fame abruptly passes, and shifts,  as it does, onto someone else?

These are tales of heroin addiction, bankruptcy, depression, divorce – but also of optimism, a genuine love of the  craft, humility and hope. All of which makes EXIT STAGE LEFT a fascinating, laugh-out-loud funny and often shocking look at what happens when the brightest of stars fall down to earth.