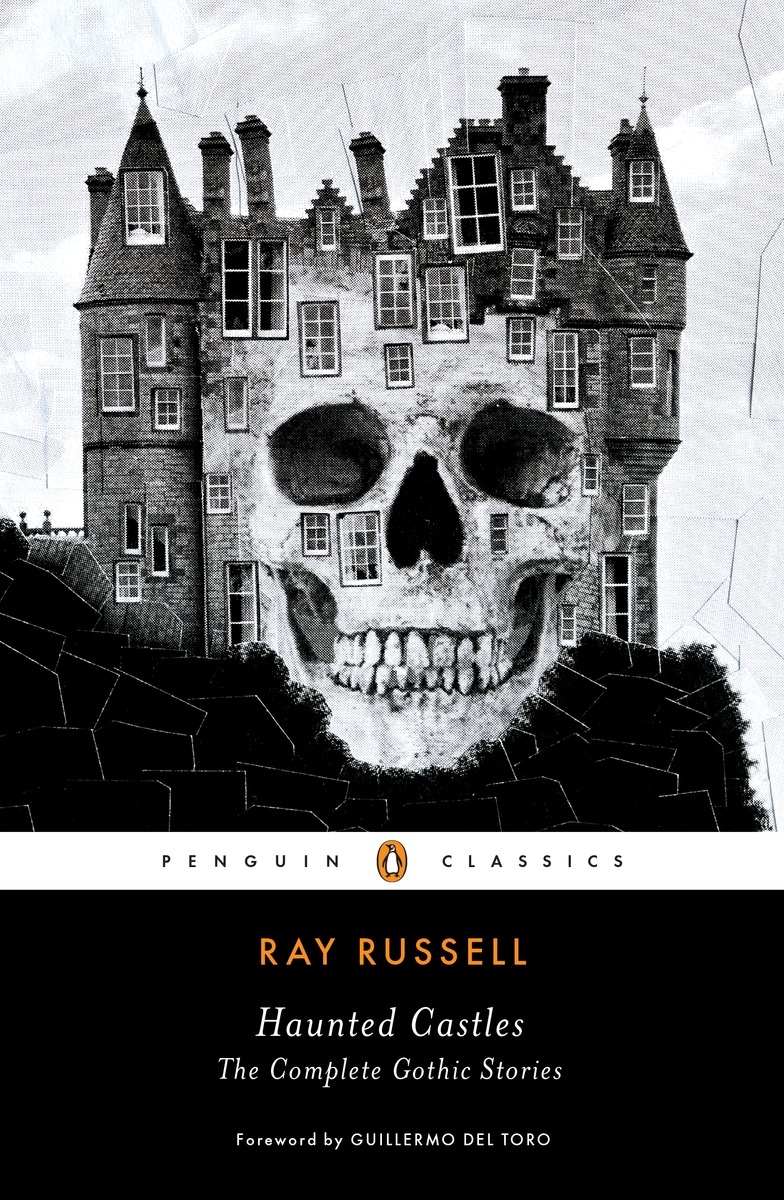 “Russell links postpulp literature and the Grand Guignol tradition with the modern sensibilities of America in the 1960s . . . [He is] a fascinating combination of the liberal and the heretic.”  – Guillermo del Toro

Haunted Castles is the definitive, complete collection of Ray Russell’s masterful Gothic horror stories, including the famously terrifying novella trio of “Sardonicus,” “Sanguinarius,” and “Sagittarius.” The characters that sprawl through Haunted Castles are frightful to the core: the heartless monster holding two lovers in limbo; the beautiful dame journeying down a damned road toward depravity (with the help of an evil gypsy); the man who must wear his fatal crimes on his face in the form of an awful smile. Engrossing, grotesque, and completely entrancing, Russell’s Gothic tales are the best kind of dreadful.

Ray Russell (1924-1999) was a pioneer of the modern horror genre. As an editor at Playboy, he helped publish such writers as Ray Bradbury, Kurt Vonnegut, and Charles Beaumont. His best known work, “Sardonicus,” was called  by Stephen King “perhaps the finest example of the modern Gothic ever written.” He received the World Fantasy Award for Lifetime Achievement in 1991.