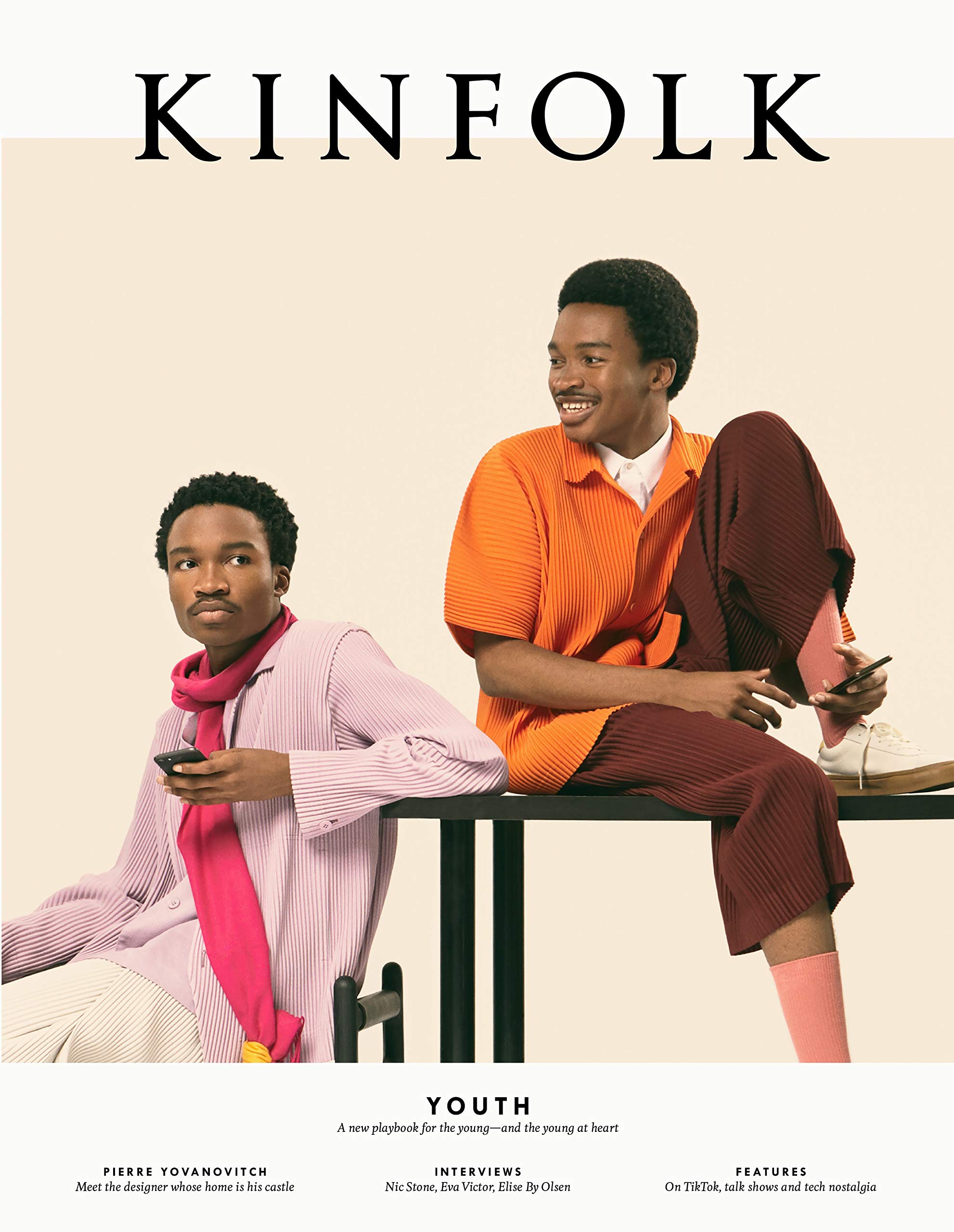 Individually formative and culturally formidable, youth looms large in the collective imagination. For those who can no longer be considered young, it is often rose-tinted with the memory of rebellion, irresponsibility and the short-lived belief that infinite futures lie just over the horizon. For those who are young today, the reality is a bit more complicated.

Issue Thirty-Nine of Kinfolk balances the open-faced optimism of youth with the sobering realities of growing up at a time when it can feel like the world is closing in rather than unfurling before you.

Plus: Interviews with designer Pierre Yovanovitch, author Nic Stone and Elise By Olsen – formerly the world’s youngest editor in chief.