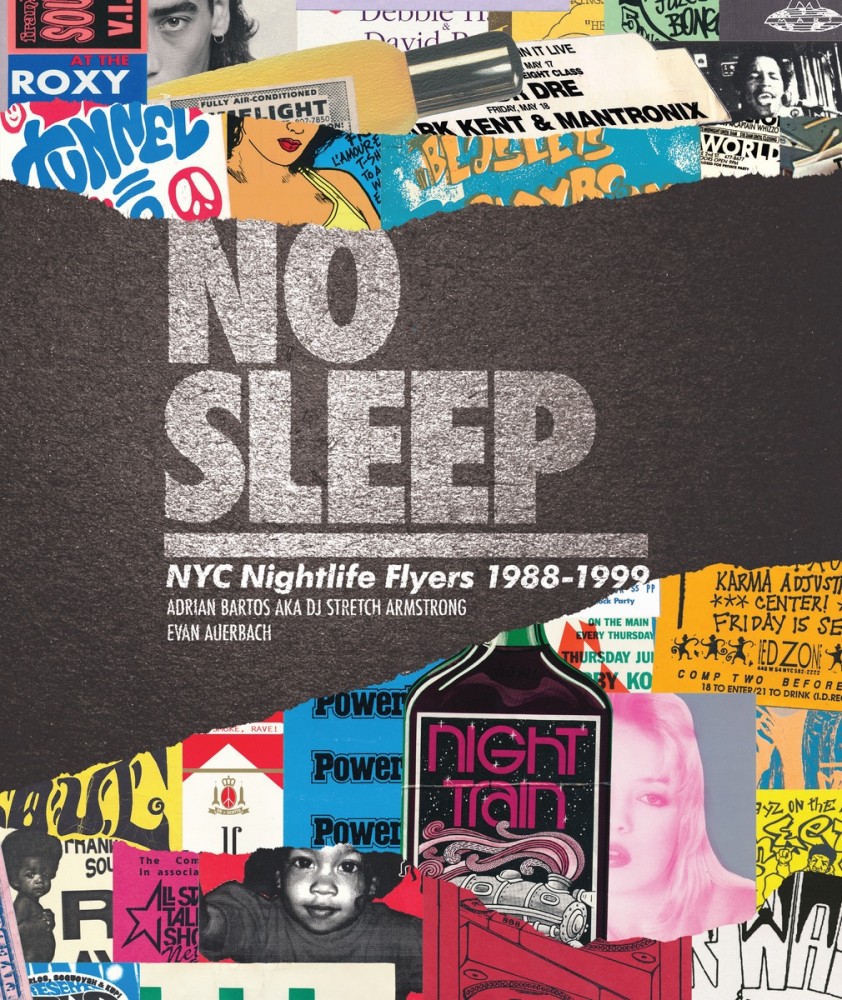 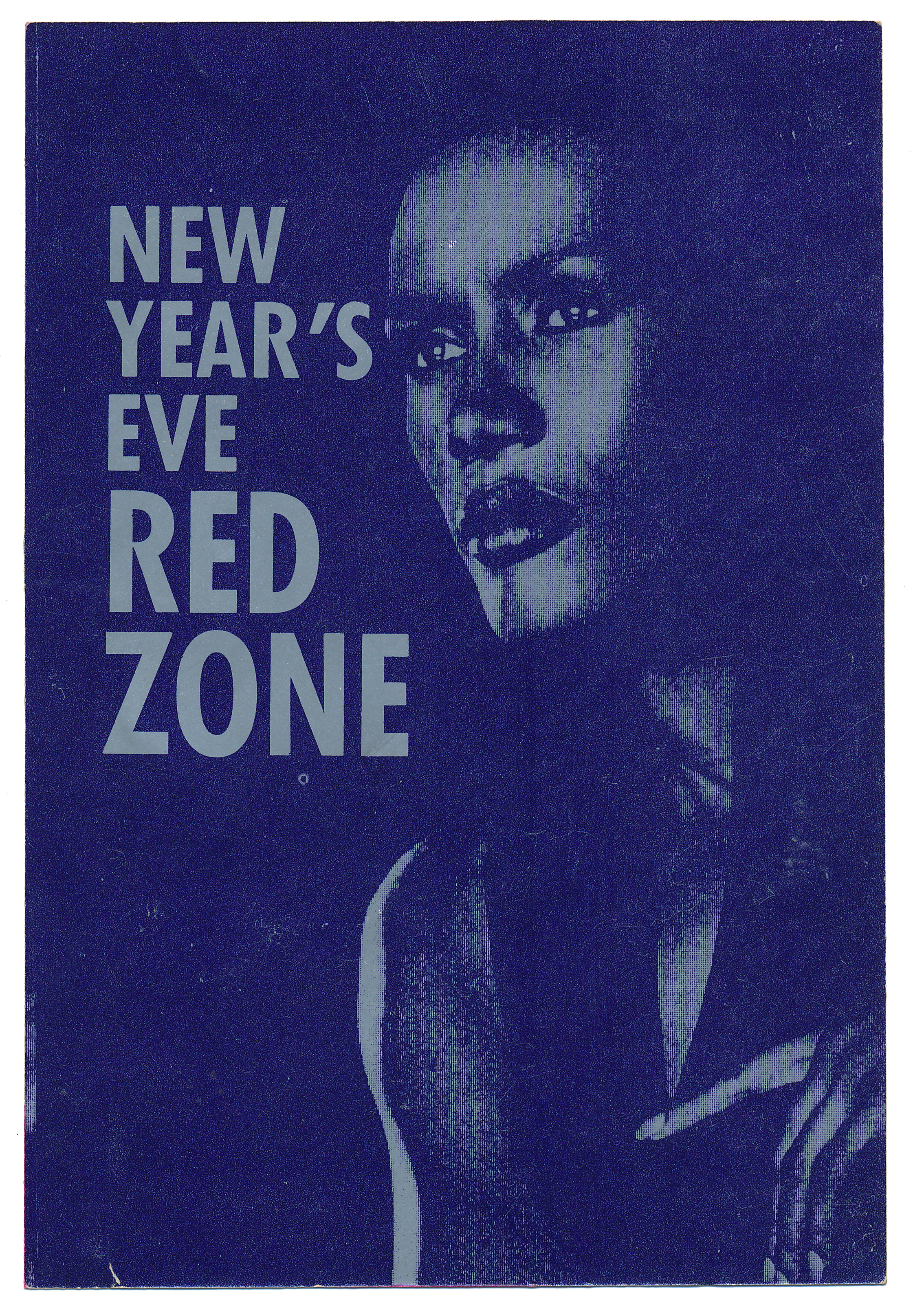 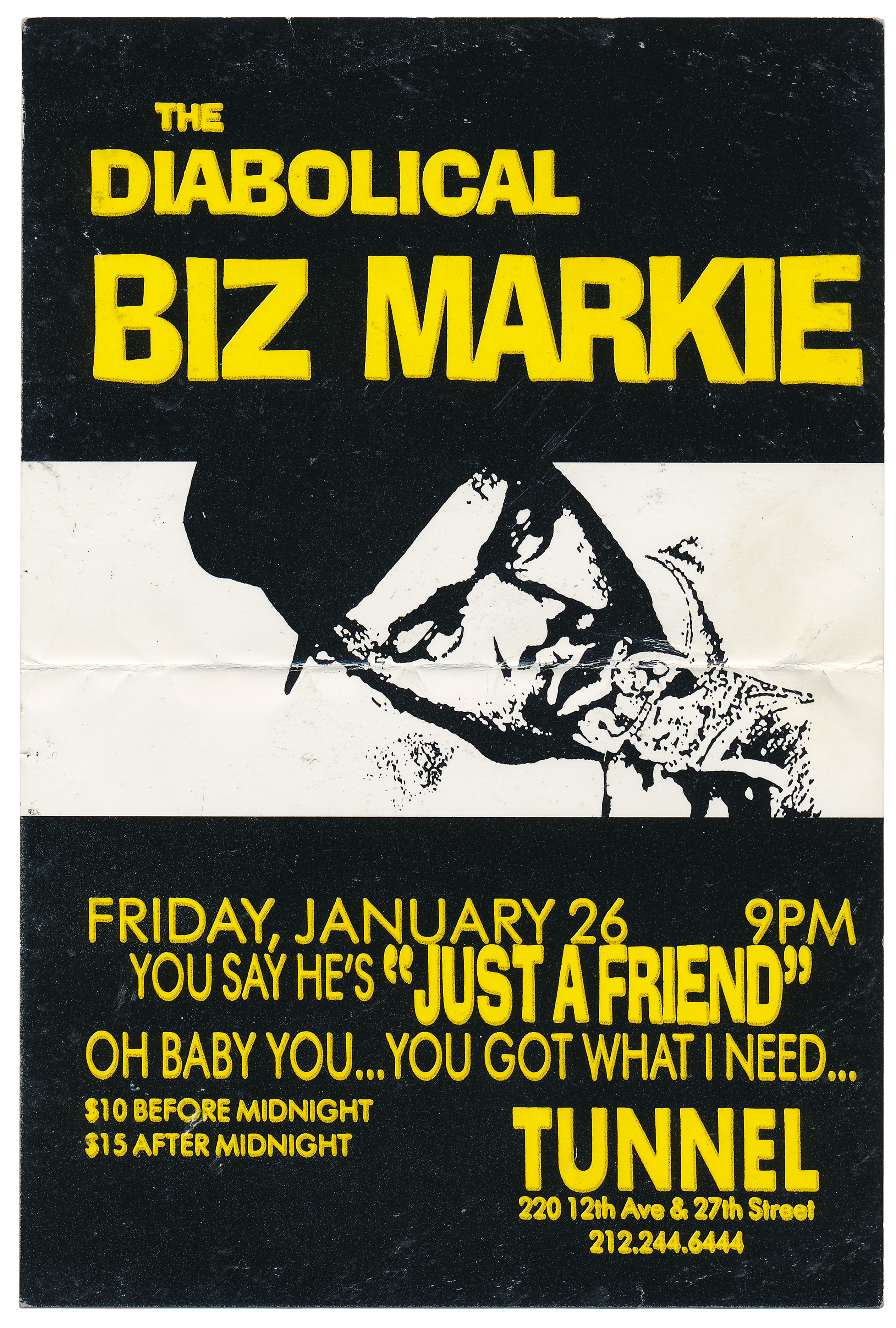 No Sleep. is a visual history of the halcyon days of New York City club life as told through flyer art. Spanning the late 80s through the late 90s, when nightlife buzz travelled via flyers and word of mouth, No Sleep. features a collection of artwork from the personal archives of NYC DJs, promoters, club kids, nightlife impresarios, and the artists themselves. Club flyers, by design, were ephemeral objects distributed on street corners, outside of nightclubs and concert halls, in barbershops and retail shops, and were not intended to be preserved for posterity. Through the 90s, they became both increasingly prevalent and more sophisticated as printing technology evolved. Overnight, however, with the birth of the internet, the club flyer essentially disappeared, and despite it being common at one time for promoters to print thousands of flyers for any given event, they are now hard to come by.

Stretch Armstrong is a world renowned DJ, record producer, and radio personality. He’s been a fixture in the New York hip-hop scene since the late 80s, when he started DJing downtown and making his own concert flyers with cardboard, scissors, and glue. His posters expressed the bold aesthetic of early hip-hop, and in 1990 he cocreated the “Stretch Armstrong & Bobbito Show” on WKCR 89.9, which The Source magazine later named “The Greatest Hip-Hop Radio Show of All Time.” Stretch and Bobbito introduced the world to Jay Z, WuTang, Nas, and Eminem, and dozens of other seminal figures in hip-hop. In 2015 Stretch starred in a documentary about the show.

Evan Auerbach is the most popular hip-hop historian on the internet. His career as a blogger and archivist has made him the #1 source for providing rare hip-hop memorabilia to the masses, and his website UpNorthTrips continues to be pivotal in sparking a modern wave of obsession with hip-hop flyers, promo material, and posters. A walking encyclopedia of rap knowledge, Evan has played an essential role in revitalizing music media’s nostalgia for 90s ephemera and landmark hip-hop events.