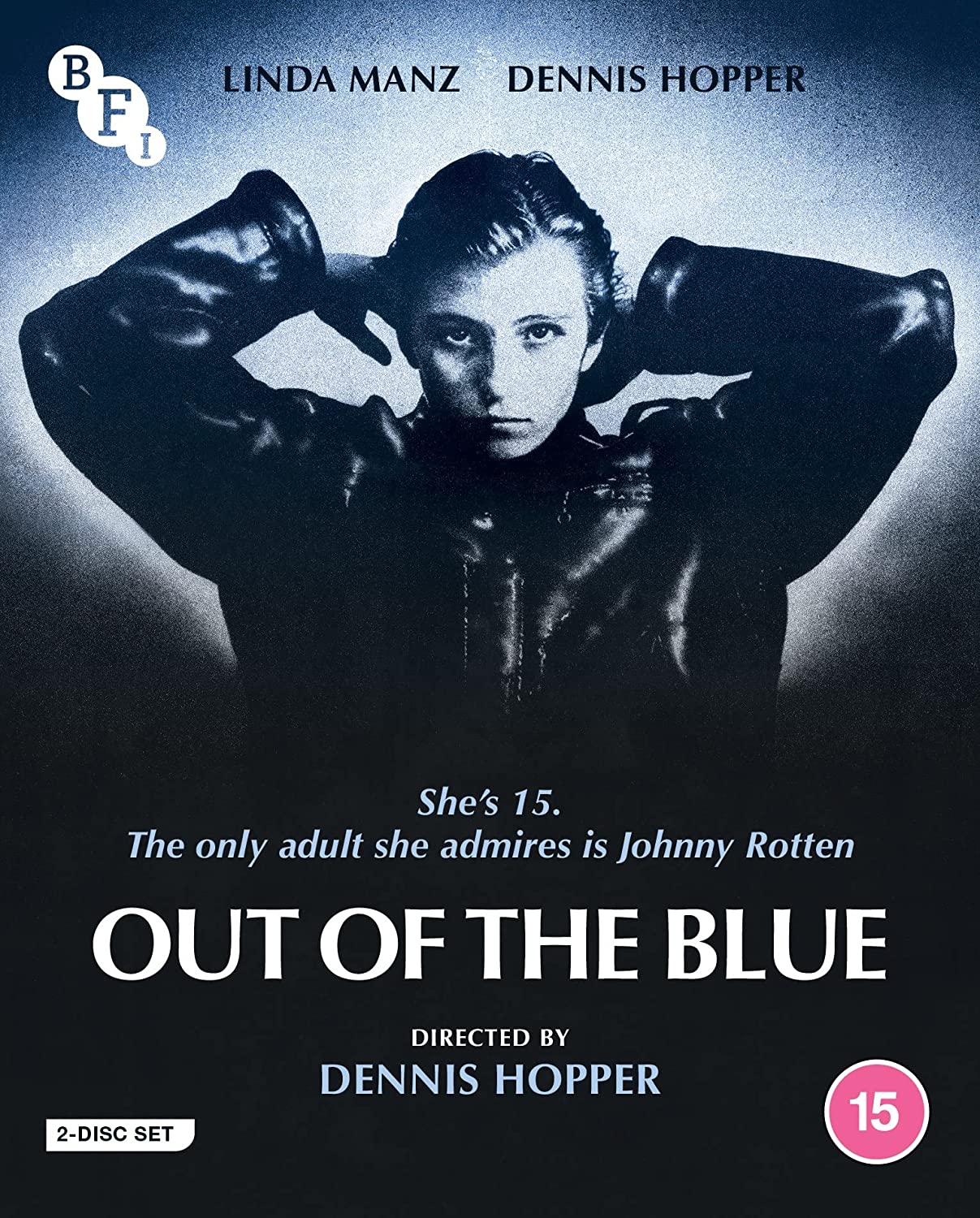 Out of the Blue (Blu-Ray)

Cebe (Linda Manz, Days of Heaven) is a teenage rebel obsessed with Elvis and the Sex Pistols. Her trucker father, Don (Dennis Hopper, Easy Rider) is in prison after drunkenly smashing his rig into a school bus, and her mother, Kathy (Sharon Farrell, It’s Alive) is a junkie waitress who takes refuge in the arms of other men, including Don’s best friend, Charlie (Don Gordon, Bullitt). With Don’s release, the family struggles to reconnect and the trauma of the past looms large as dark secrets slowly begin to emerge.

Initially only hired as an actor in the family-friendly drama ‘Cebe’, Hopper took over directing duties a week into production, rewriting the script and starting principal photography from scratch. The bleak punk epic that resulted – Out of the Blue – arguably represents Hopper’s strongest outing as a filmmaker and features an astonishing performance by Manz. Newly restored in 4K, this cult-classic is ripe for rediscovery and is on Blu-ray for the first time in the UK.