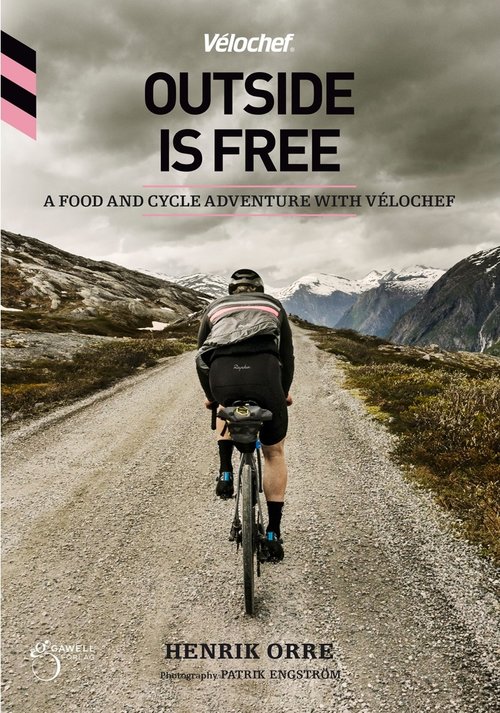 Outside is free, a food and cycle adventure with Velochef

Author: Henrik Orre
Paperback, 2019
265 SEK
Out of stock
E-mail when item is available for order

Cycling and food are a great fit, as chef Henrik Orre has shown in both his earlier cookbooks that focus on food for competition and training. This time speed and performance hasn’t been the main focus, but a nature experience on a gravel bike. Having decided to move on after five successful years cooking to some of the best cyclists on the planet in TeamSky, Henrik wanted to return to his roots and to the playgrounds of his childhood. He invited a bunch of friends on an outdoor cooking and cycle adventure among the mountains in Erefsjord, Norway.

Henrik and his friends rode their bikes along gravel roads, down steep mountain faces and through deep valleys in a breathtakingly beautiful landscape. In his bags were a saucepan, a small frying pan and a few kitchen tools. The challenge was to see if it was possible to make real good and simple food with fresh ingredients as an alternative to pouring boiling water over freeze-dried meat or vegetables. The smell and the cracking of the campfire raise expectations and the food somehow just tastes better enjoyed outdoors with friends. And what a lovely reward after a long days ride, or after a long hike for that matter. The result is 50 recipes grouped by ¨ Bike ¨ and ¨ Basecamp ¨, this book presents dishes composed for both campstove and campfire- food that you can just as easily cook and eat during a quick break as when you set up camp with more equipment and more accessories at hand.

The recipes are wonderfully simple and are presented flexibly to suit different situations, tastes and moods. You can easily make them at home as well. Not only that, but the book presents a selection of 25 tips for a successful cycling adventure, and some good recipes on how to make the most vital of brews- coffee.

Henrik ¨ Velochef ¨ Orre, was a cook for renowned cycling team, TeamSky, for five seasons. Before that he was part of the Norwegian Culinary Team. He has worked at a number of prestigious restaurants and is also the author of Velochef- food for training and competition and Velochef in Europe- 80 local recipes, 17 epic rides. The photographs were taken by Patrik Engström who has been a cyclist for as long as he can remember and specialises in photographing landscapes, food and people.