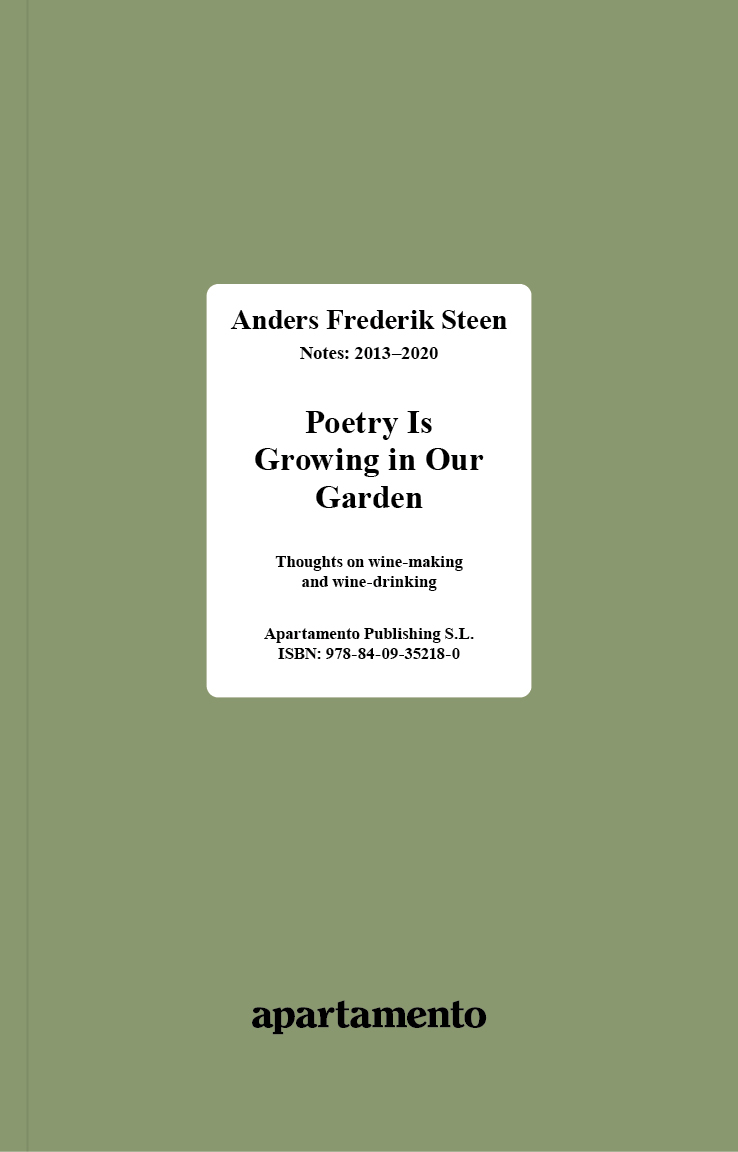 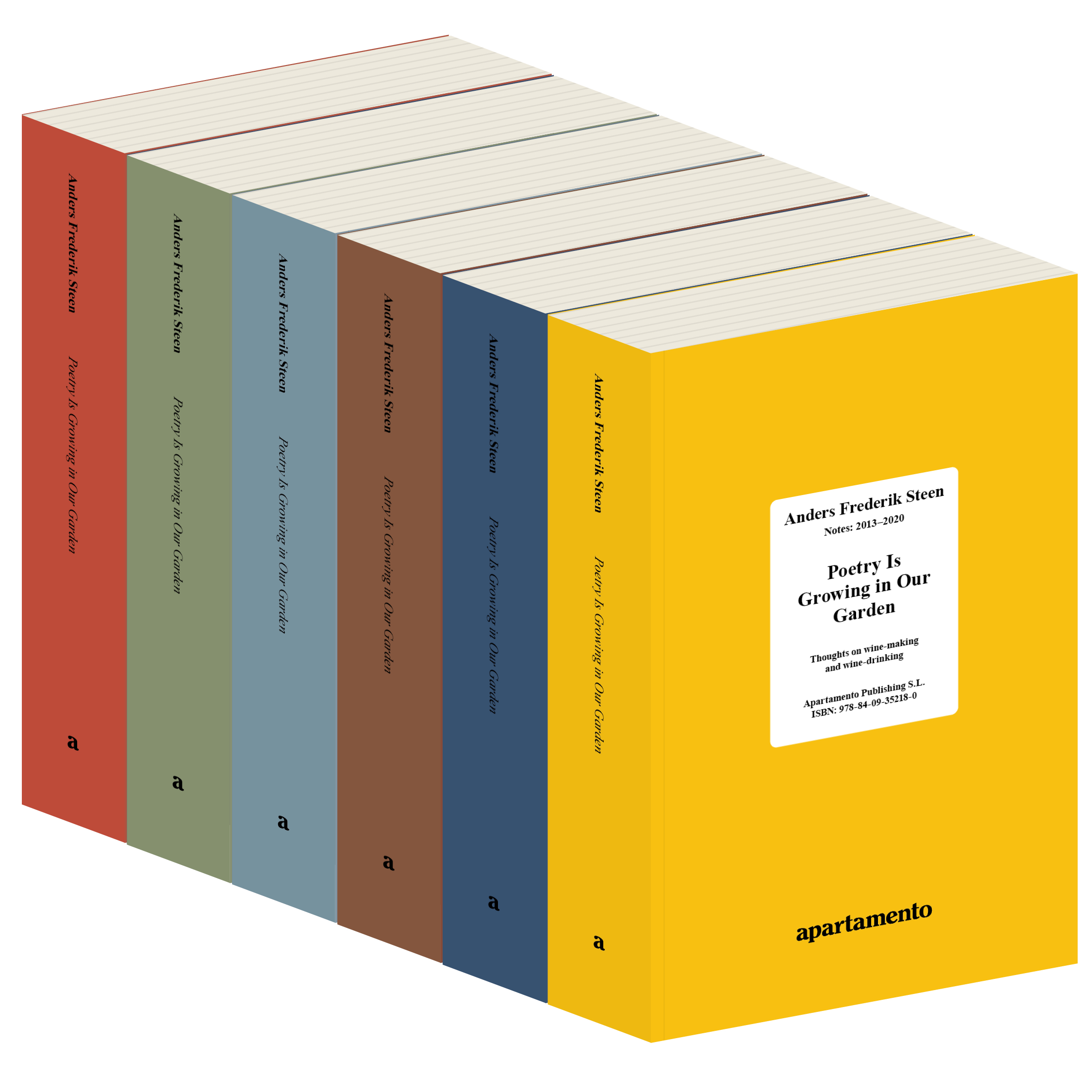 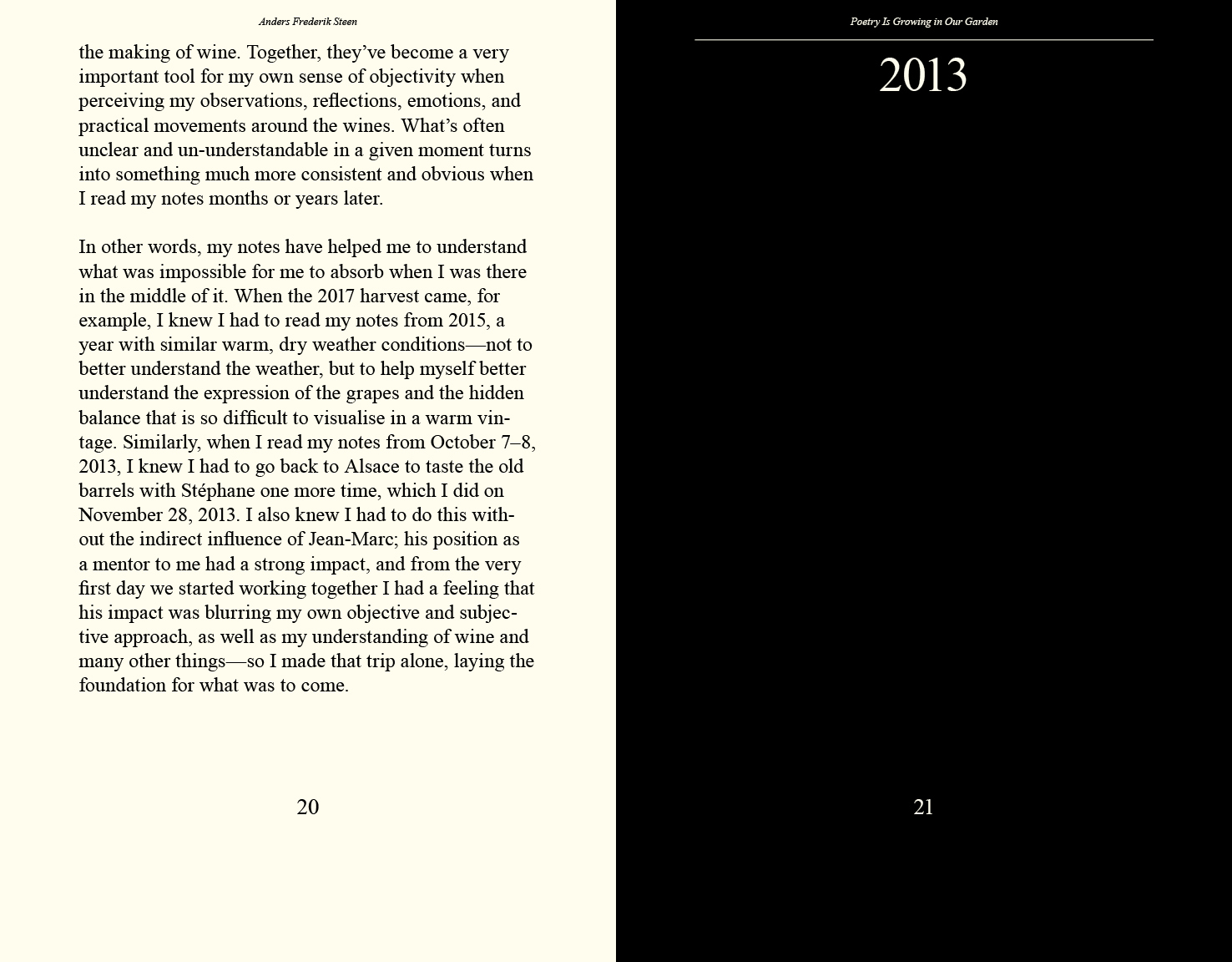 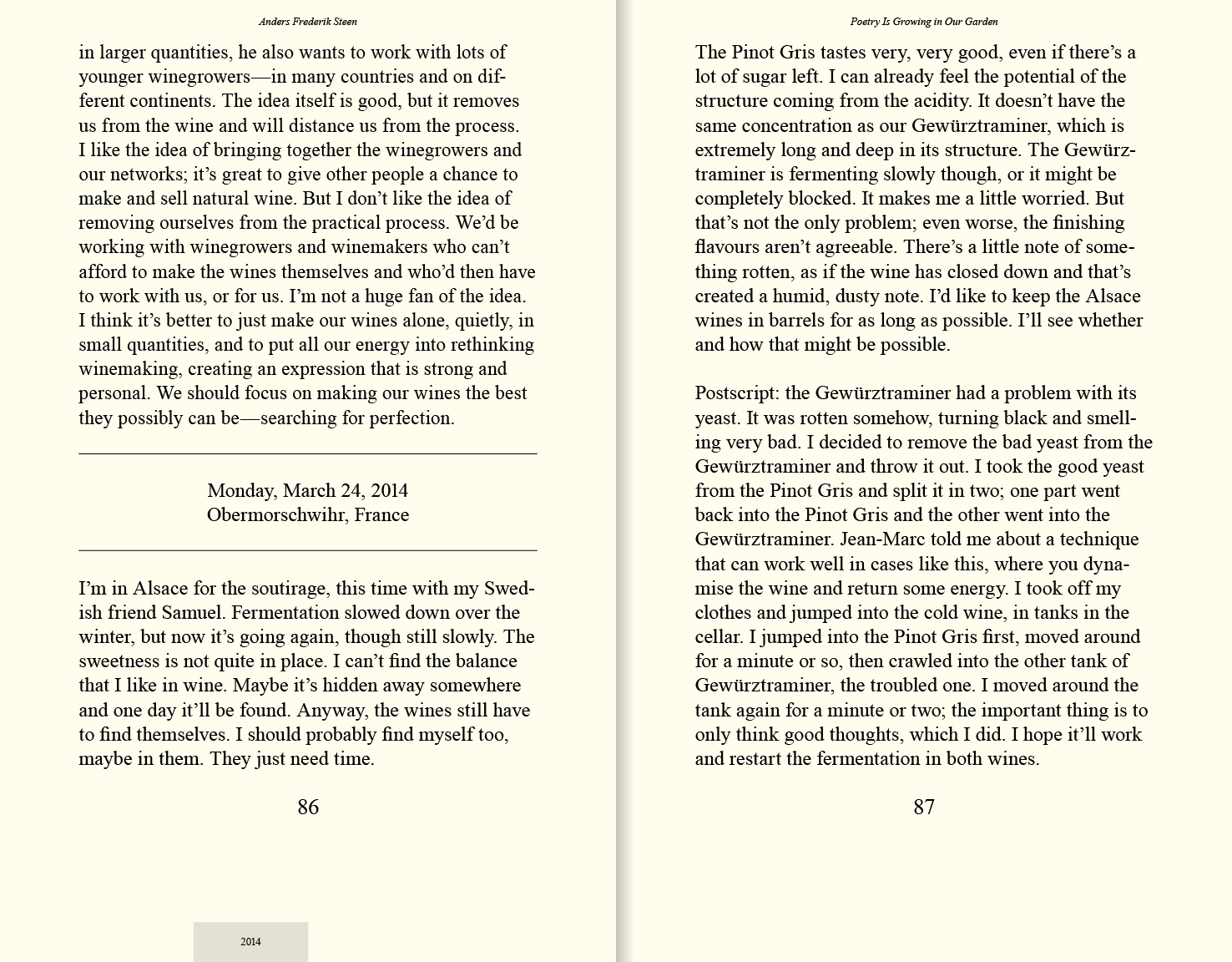 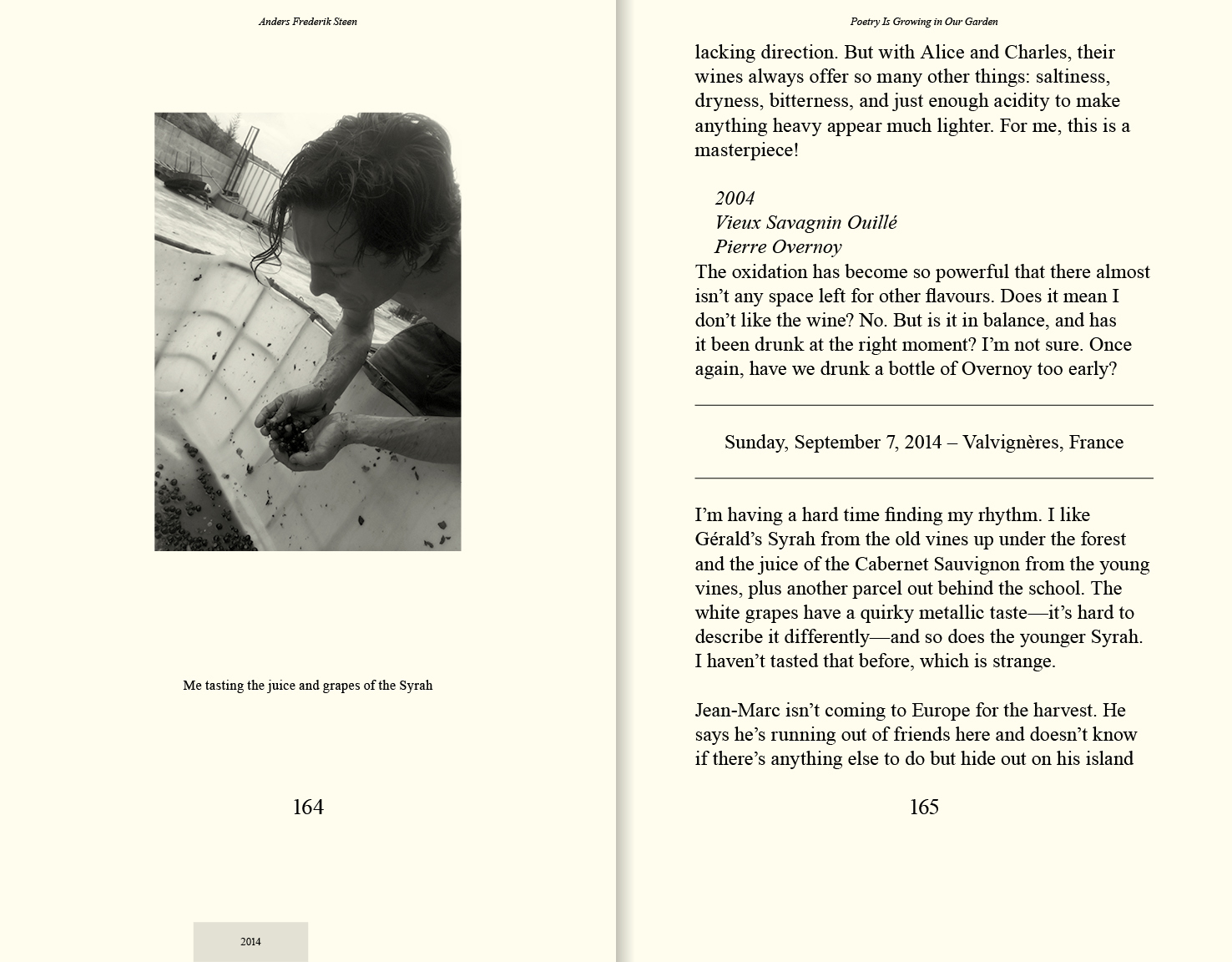 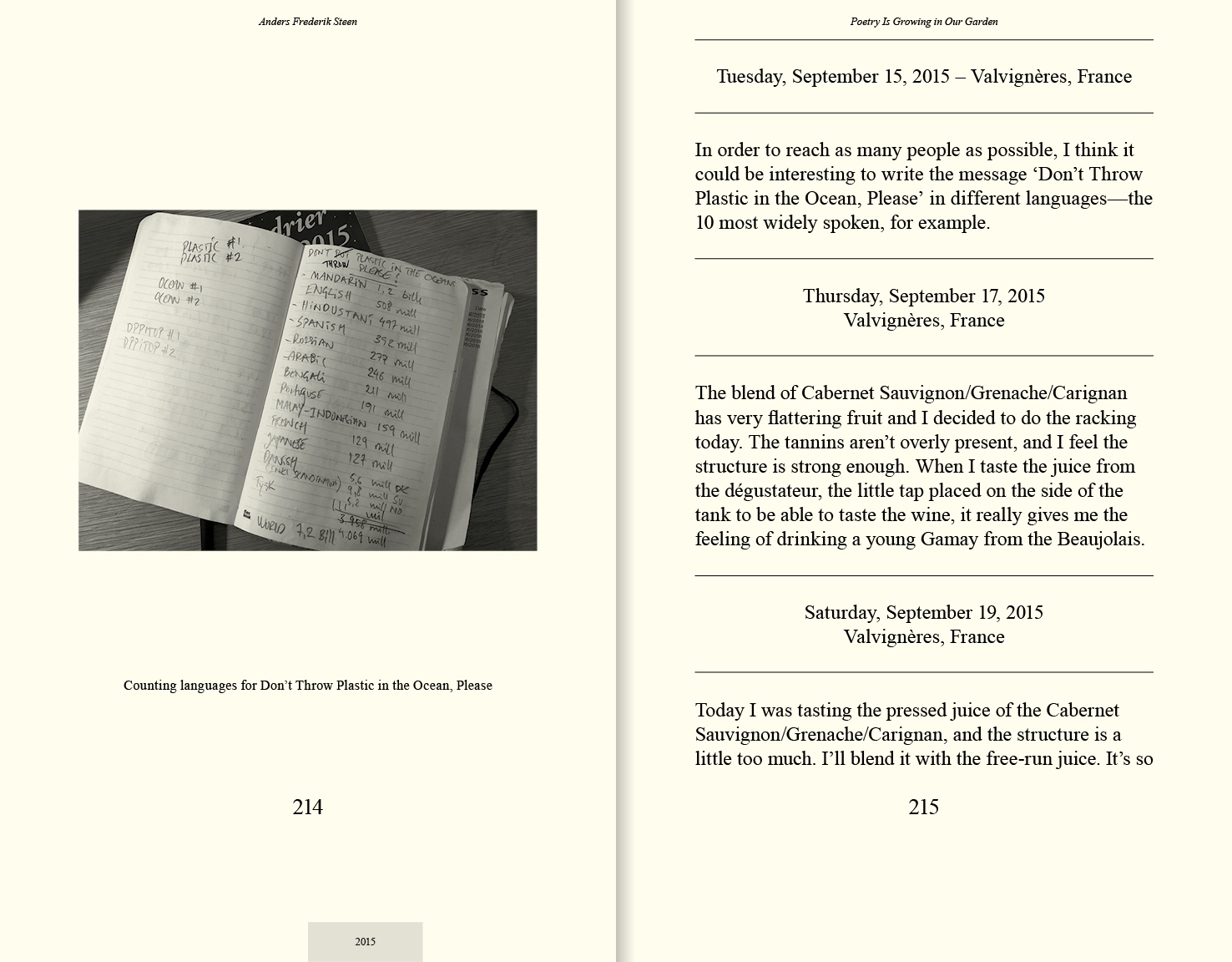 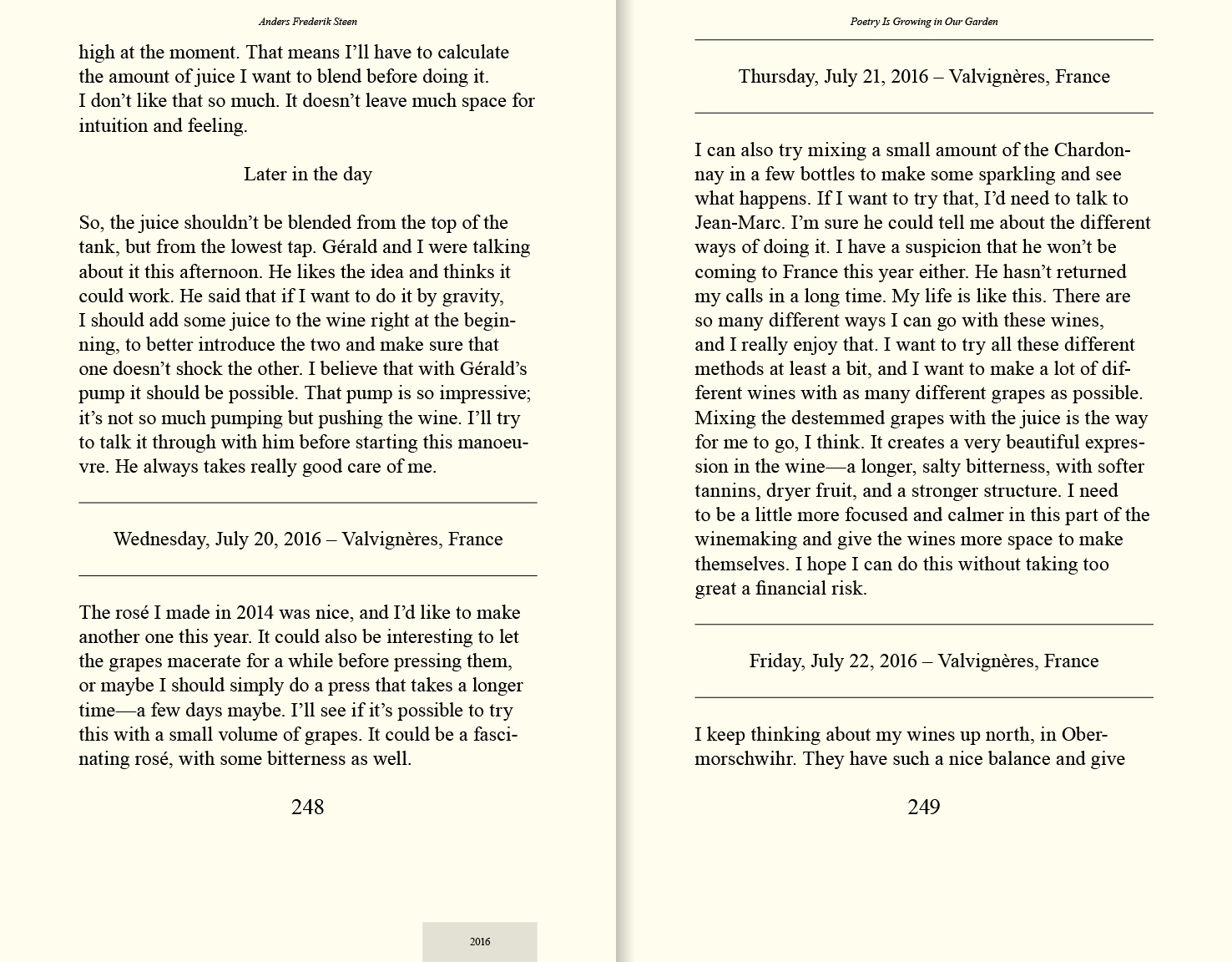 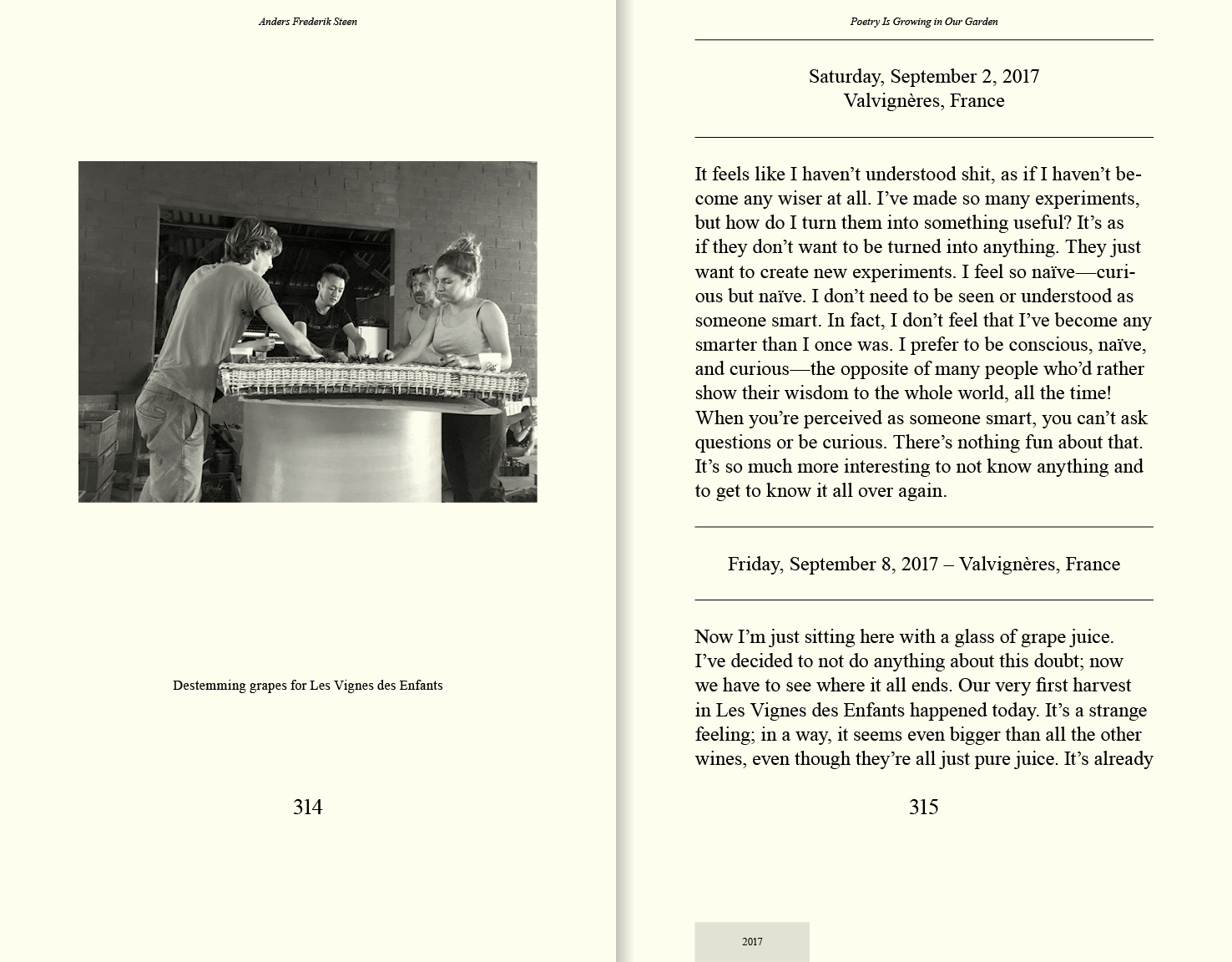 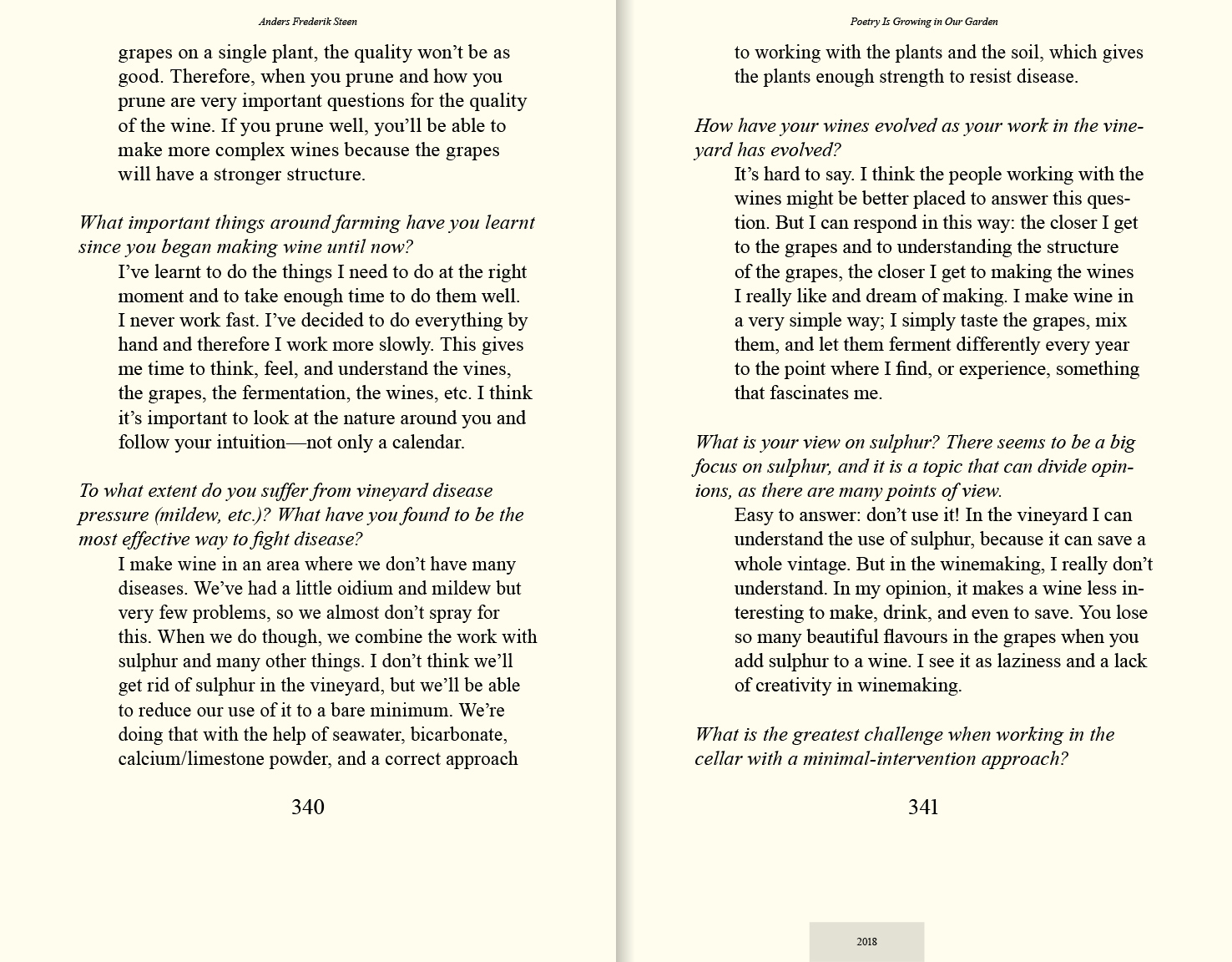 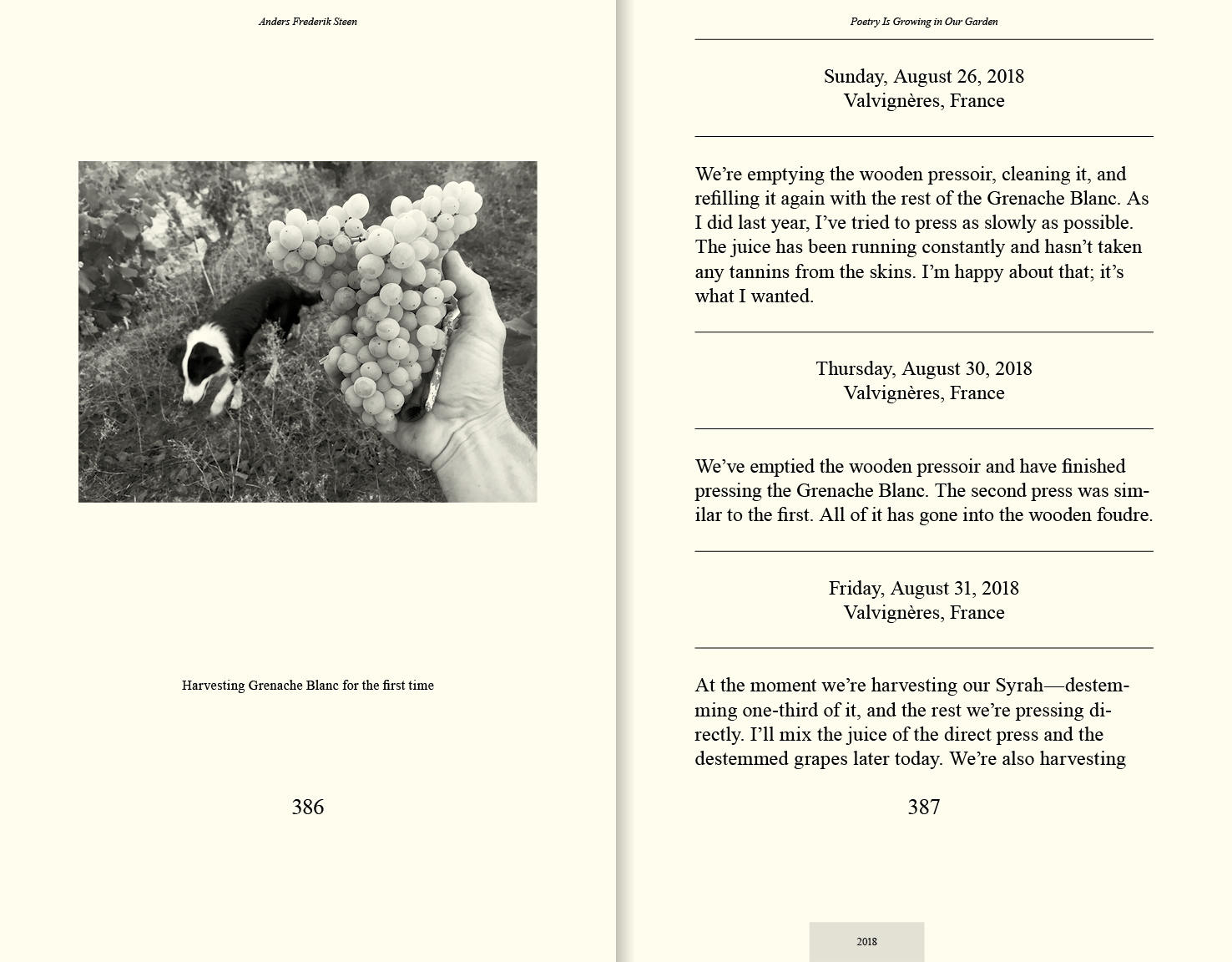 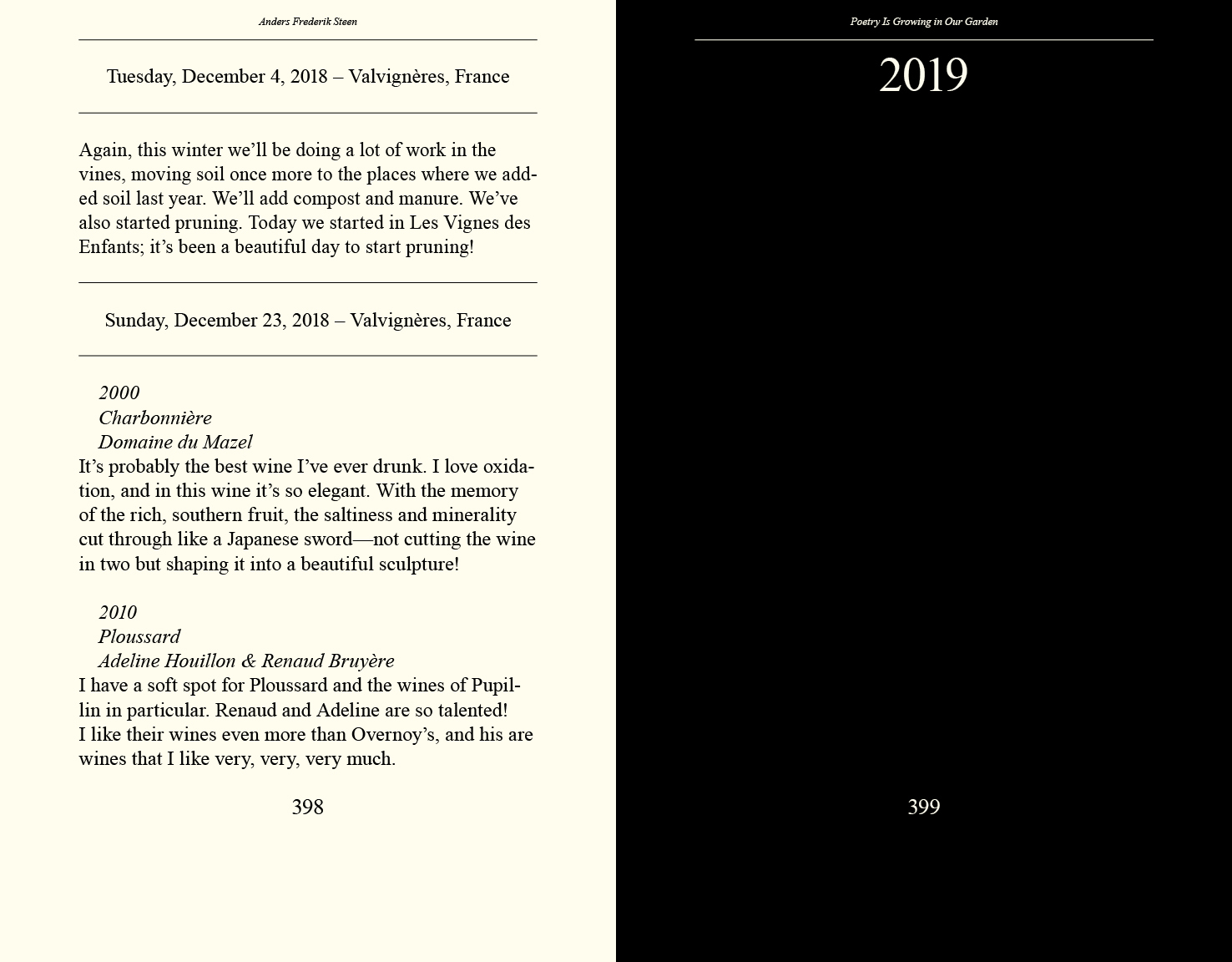 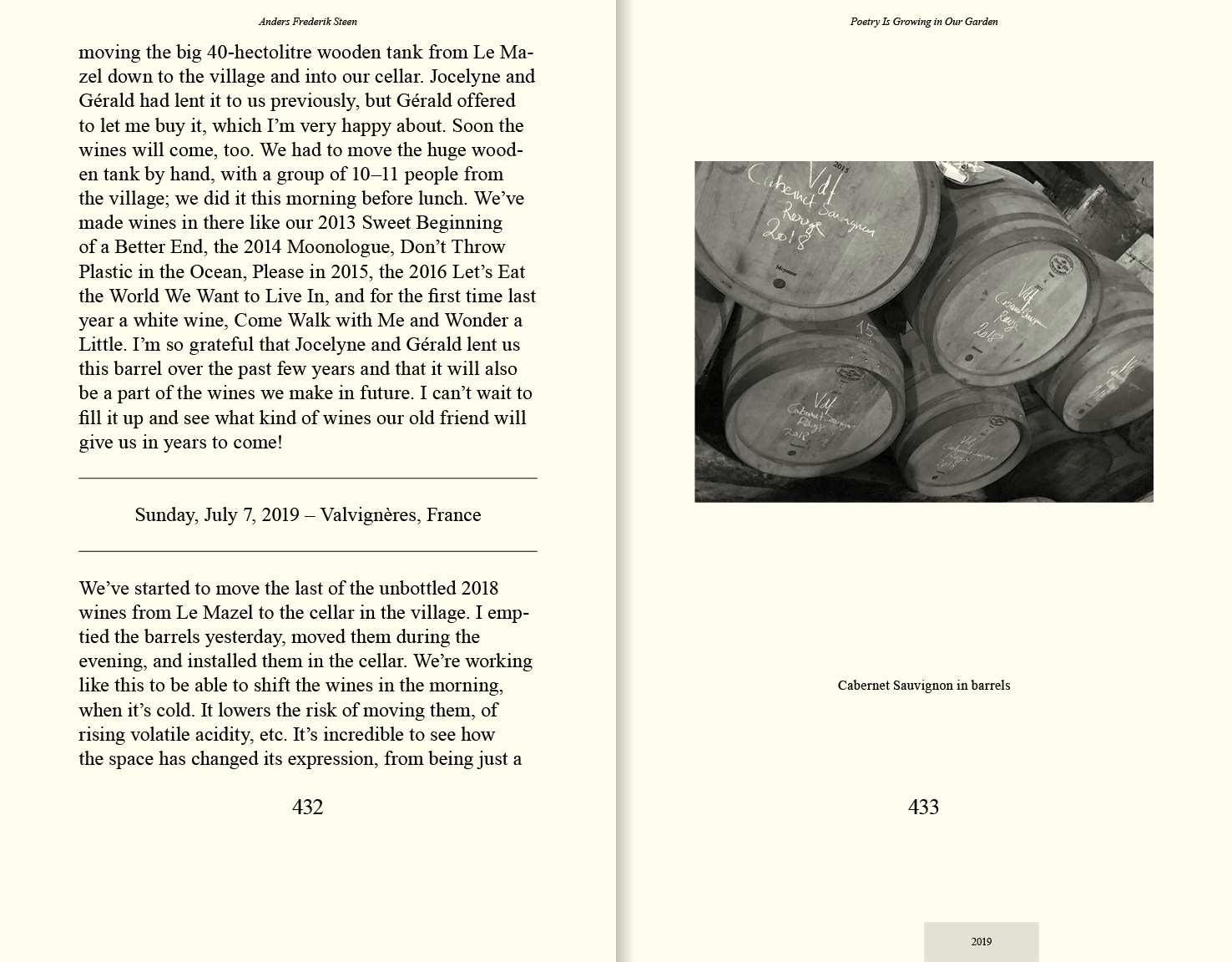 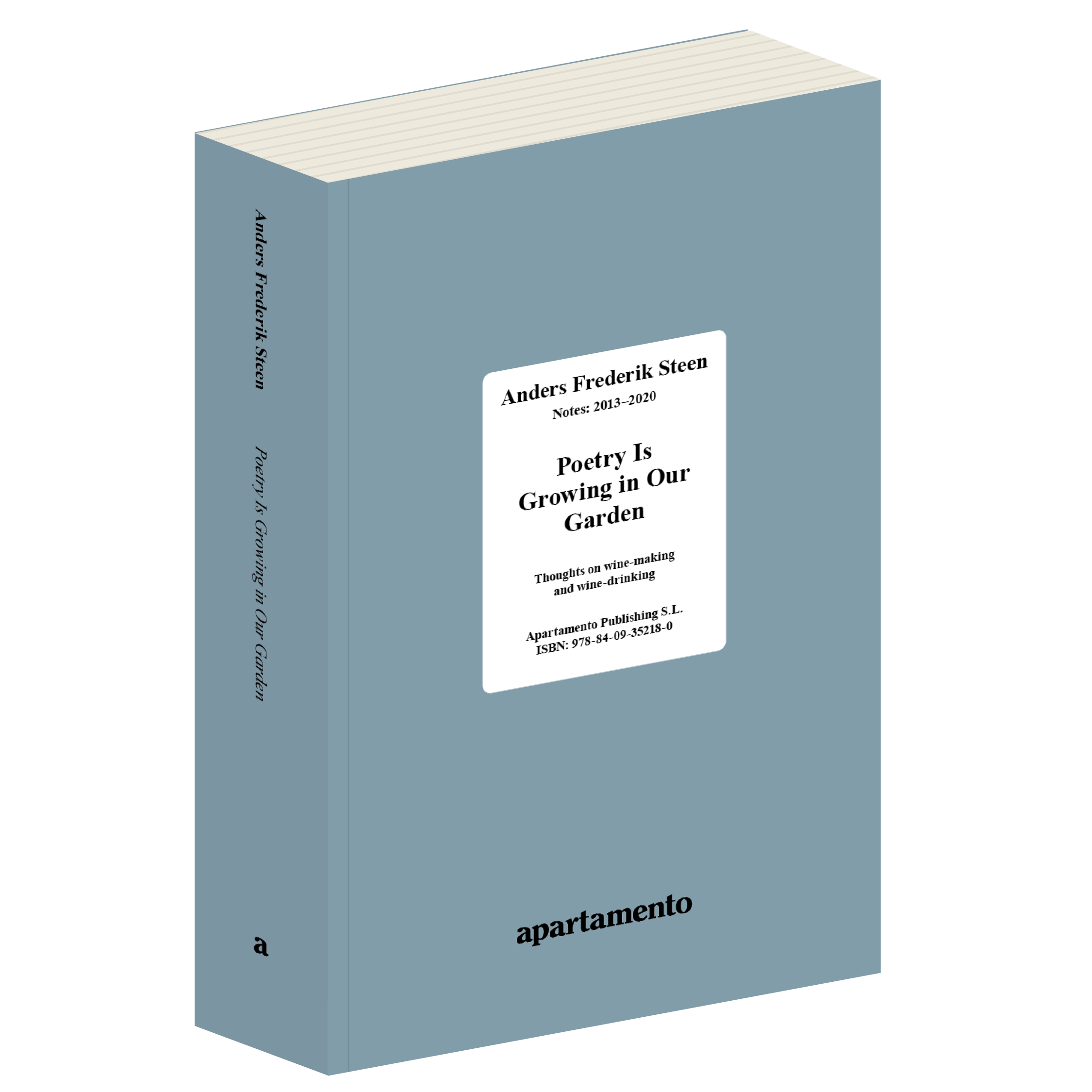 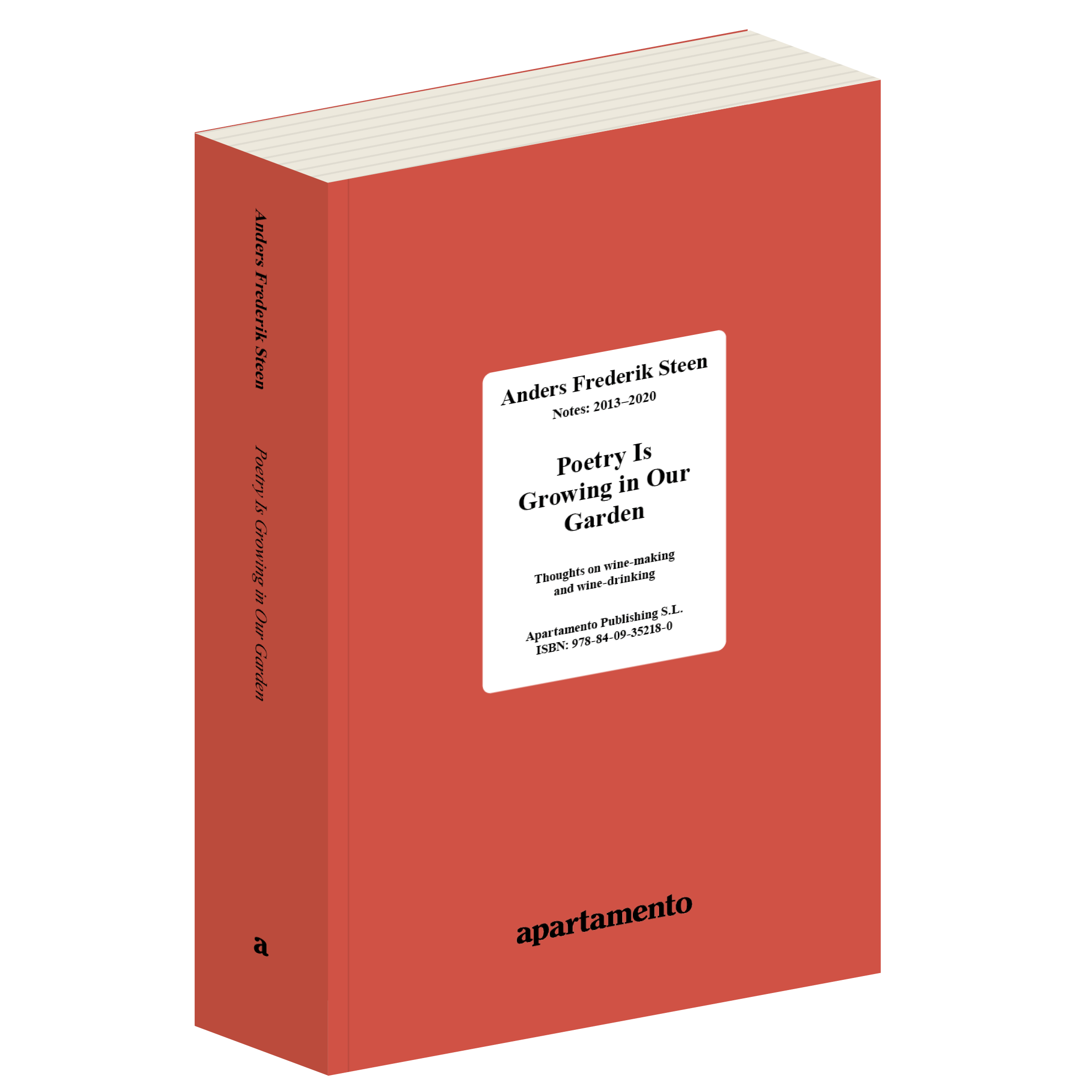 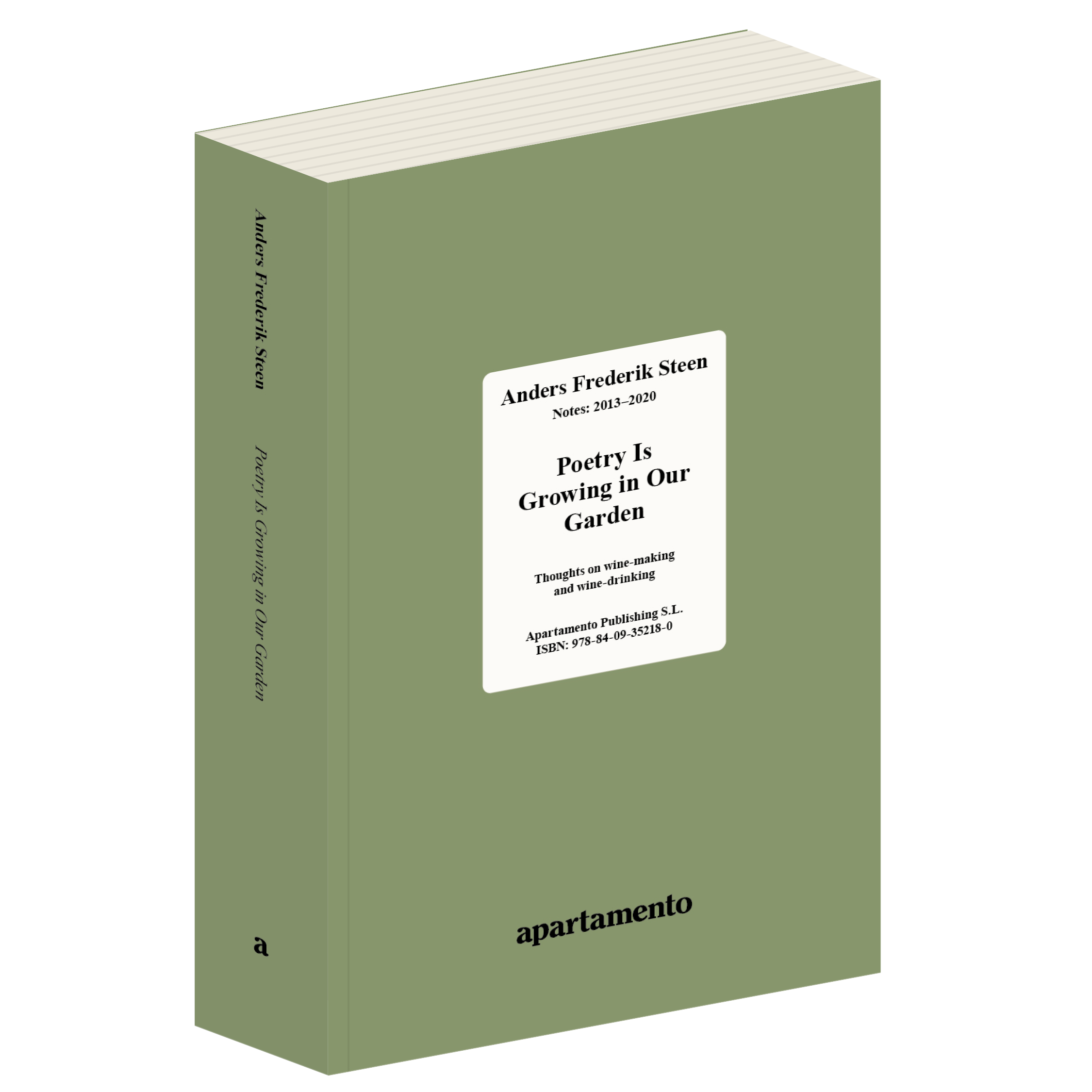 Poetry Is Growing in Our Garden: Anders Frederik Steen

PLEASE NOTE:
The Front covers varies and particular cover cannot not be specified for order, but you can state your cover preference in the order notes at checkout and, if available, we will send that one.

One of the cult figures in natural winemaking, Anders Frederik Steen started as a sommelier in his native Copenhagen—first at Noma, then opening Relæ and Manfreds—before starting as a winemaker in southern France in 2013. In the eight years since, Anders has filled notebooks: ruminations on what it means to understand (and misunderstand) wine, taste and pair it, leave the restaurant industry behind, where the balance lies between manual skill and abstract philosophy in a winemaker’s practice, and the technical minutiae of someone deep into his craft.

These are his notes on wine-making and wine-drinking, but they’re also the doubts and deviations of any learning process and the work that goes into forming any kind of practice. Over the years they show someone exploring the far corners of a discipline in order to come back to the thing itself and eventually grow with it.

The book opens with a foreword by French chef Pierre Jancou, whose restaurants, including Racines, Achilles, and Vivant, were among those to redraw the lines of Parisian dining in the early 2000s, pairing exceptional cooking with a wine list that completely eschewed added sulphites. The rest is divided into Anders’ day-to-day notes. With three different colour options for the cover, it spans more than 500 pages—a definitive work, but one that lets you draw your own conclusions about the wines you drink.