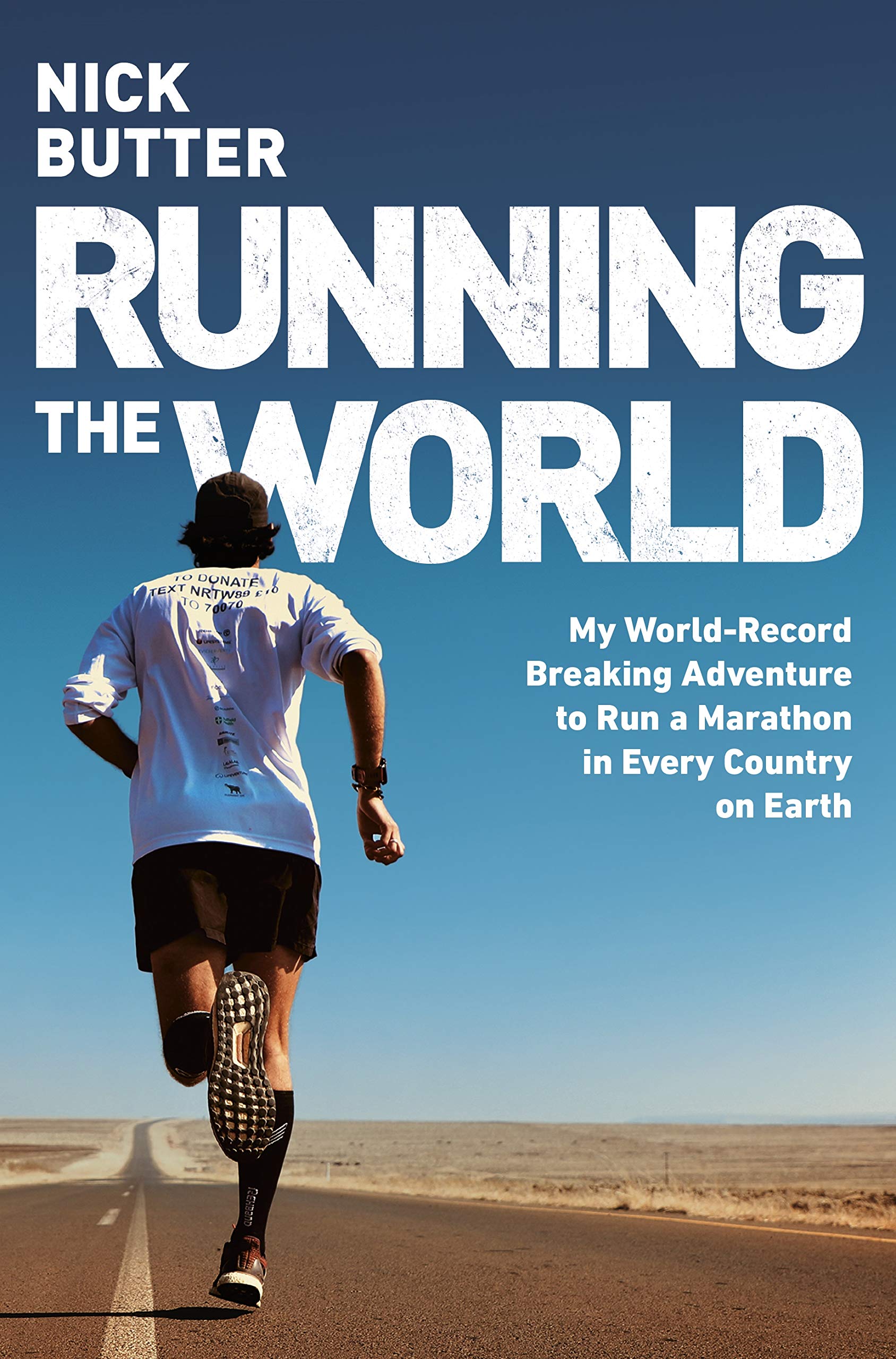 The remarkable story of a world record breaking adventure to run a marathon in every country in the world.

On January 6th 2018, Nick Butter tied his laces and stepped out on to an icy pavement in Toronto, where he began to take the first steps of an epic journey that would see him run 196 marathons in every one of the world’s 196 countries. Spending almost two years on the road and relying on the kindness of strangers to keep him moving, Nick’s odyssey allowed him to travel slowly, on foot, immersing himself in the diverse cultures and customs of his host nations.

Running through capital cities and deserts, around islands and through spectacular landscapes, Nick dodges bullets in Guinea-Bissau, crosses battlefields in Syria, survives a wild dog attack in Tunisia and runs around an erupting volcano in Guatemala. Along the way, he is often joined by local supporters and fellow runners, curious children and bemused passers-by. Telling their stories alongside his own, Nick captures the unique spirit of each place he visits and forges a new relationship with the world around him.

Running the World captures Nick’s journey as he sets three world records and covers over five thousand miles. As he recounts his adventures, he shares his unique perspective on our glorious planet, celebrates the diversity of human experience, and reflects on the overwhelming power of running.