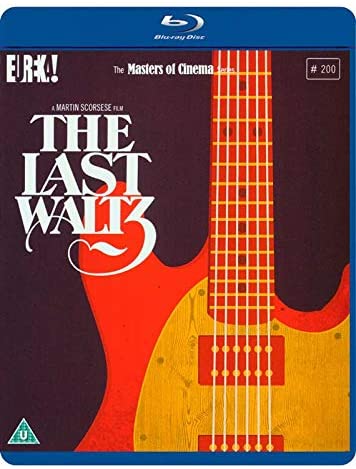 Perhaps the greatest rock documentary ever made, Martin Scorsese s The Last Waltz captures what was advertised as legendary rock group The Band s final farewell concert appearance. Joined on stage by more than a dozen special guests, including Eric Clapton, Bob Dylan, Neil Young, Muddy Waters and Joni Mitchell, The Last Waltz started as a concert, but it became a celebration.

Interspersed with candid discussions between director Scorsese and members of The Band, The Last Waltz has been called “the greatest rock concert movie ever made – and maybe the best rock movie, period”, and The Masters of Cinema Series is proud to present this iconic documentary on Blu-ray.

And remember, “This film should be played loud! ”