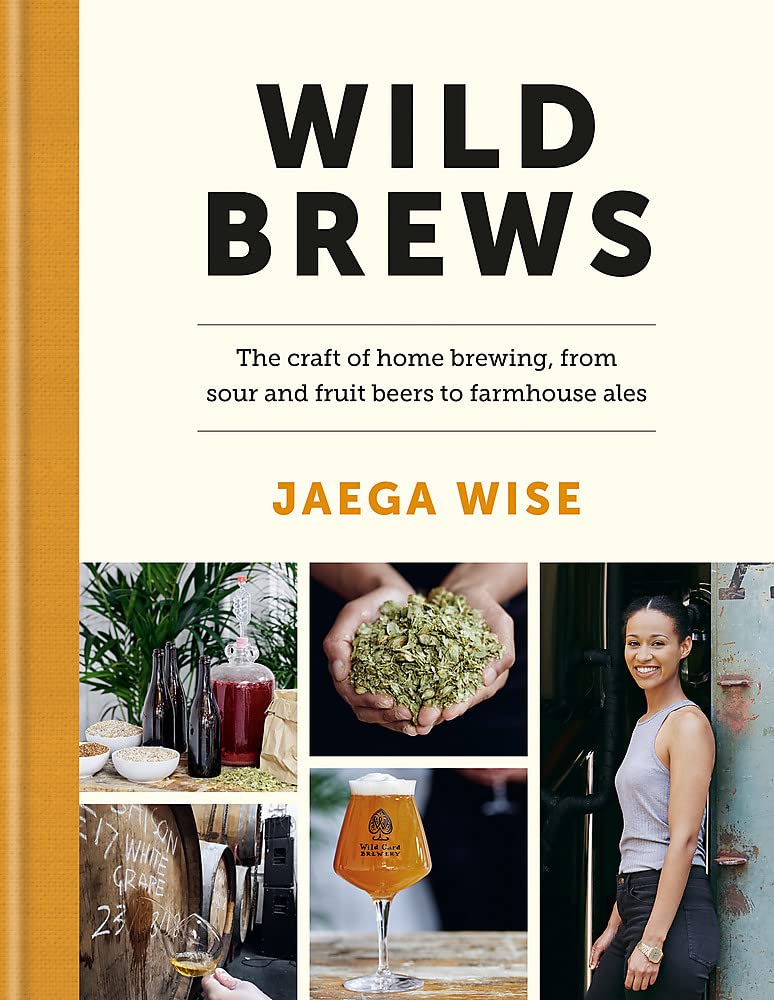 Produced using a mixture of naturally occurring yeasts and bacteria, wild fermented beers offer the ‘fine dining’ of the beer world. These beers are how beer tasted 200 years ago, before brewing was industrialised, and are enjoying a worldwide revival.

Jaega Wise, head brewer at East London’s Wild Card Brewery and presenter of Amazon Prime’s Beermasters, is one of the UK’s experts in wild fermentation. Here, she explains the science behind the brewing process and shares her recipes so that you can experiment at home. Learn how to brew, bottle, and age your beer in wooden barrels, and produce a range of different sour beer styles, farmhouse ales and fruit beers.


Also included is a trouble-shooter section to guide you through what happens when wild yeast and bacteria get out of control and how to remedy it. Whether you are a beer geek or a home brewing novice, Wild Brews contains everything you need to replicate today’s sour and wild beer styles at home.