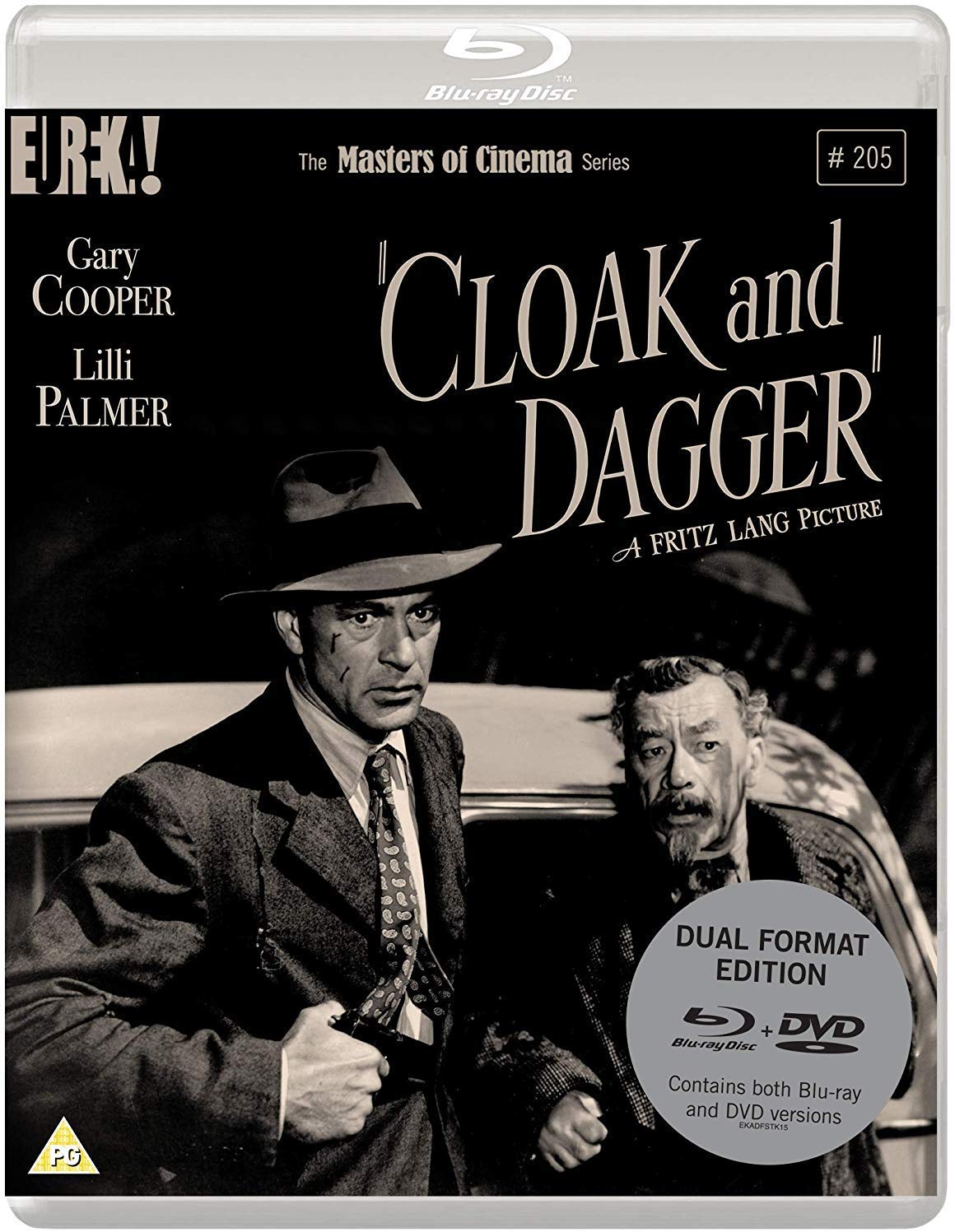 A virtuoso World War II espionage thriller directed by Fritz Lang as his follow-up to the noir classic Scarlet Street (and not long after the war itself had ended), Cloak and Dagger is an underrated entry in Lang’s oeuvre, a crackerjack spy saga with a commanding Gary Cooper performance and a wealth of masterful Langian suspense sequences (as well as some genuinely hard-hitting action set pieces).

Nuclear physicist Alvah Jesper (Cooper) is recruited by the U.S. Office of Strategic Services to become a reluctant undercover agent, traveling to Switzerland to meet with a fellow scientist regarding information on Germany’s plans to construct an atomic bomb. After this colleague is assassinated, Jesper must sneak into Italy via the underground resistance, to contact another scientist. While there, Jesper falls in love with resistance fighter Gina (Lilli Palmer, in her first Hollywood role), and the two must battle shootouts, double crosses, and narrow escapes to smuggle the scientist out of Italy.

A more perfectly titled film would be difficult to imagine, as Cloak and Dagger is a consummate wartime espionage suspense picture, and an intriguing mixture of genres for Lang: part spy thriller, part romantic melodrama, and part patriotic war movie, Cloak and Dagger is another triumph among Lang’s U.S. features, and an expert exercise in genre fusion that’s ripe for rediscovery.