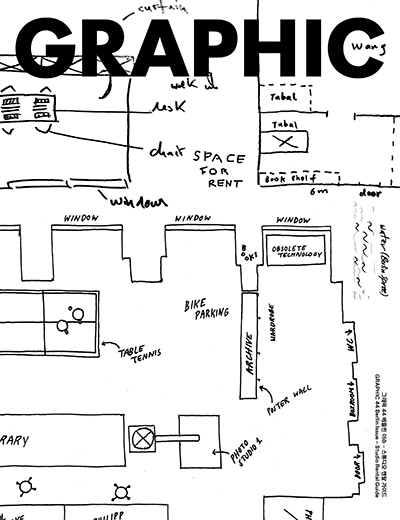 Graphic is a quarterly magazine published in Seoul, Korea. Graphic, which was first published in January 2006, focuses its attention on the other trends of graphic design which is different from the mainstream of it and on the phenomena thereof. It has a characteristic of in-depth approach for one theme with the editorial policy of one issue-one theme.

Graphic is an independent magazine which does not depend upon sponsors or any governmental organizations for financial help but rather aims at more creative and independent journalism by emancipating its own editorship from them.

Graphic has been written and edited in Korean language from the first issue to 8th but from 9th issue, it is being issued in both Korean and English. Graphic is currently being circulated in Korea and Europe, and it’s expected to extend its area of circulation toward America, Asia and so on.

In this issue:
Berlin is considered as one of the most desirable cities for young creatives. But the average wage in Berlin is significantly lower than any other city in Germany, and the city has long suffered from deficit spending. Reasonable living costs and rents actually pushed Berlin to become a powerhouse of creativity, and yet a recent surge in rent prices threatens to fundamentally change the city’s cultural ecology. Fourteen different studios from all over the city, from iconic studios to lesser-known practices, share stories about Berlin from their own perspectives, about what has and has not changed, and about their expectations and worries, preconceptions and realities.