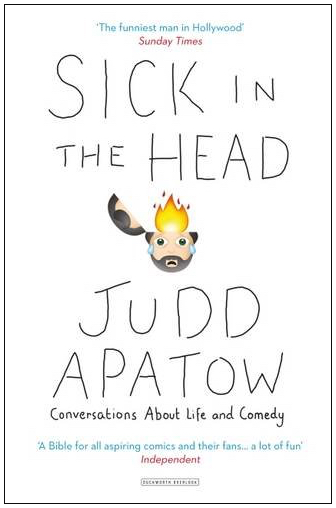 Sick in the Head: Conversations About Life and Comedy

Before becoming one of the most successful filmmakers in Hollywood, Judd Apatow was the original comedy nerd. At fifteen, he took a job washing dishes in a local comedy club-just so he could watch endless stand-up for free. At sixteen,he was hosting a show for his local high school radio station in Syosset, Long Island-a show that consisted of Q&As with his comedy heroes, from Garry Shandling to Jerry Seinfeld.

Thirty years later, Apatow is still that same comedy nerd-and he’s still interviewing funny people about why they do what they do. Sick in the Head gathers Apatow’s most memorable and revealing conversations into one hilarious, wide-ranging and incredibly candid collection. Here are the comedy legends who inspired and shaped him, the contemporaries he grew up with in Hollywood, and the brightest stars in comedy today, from Mel Brooks, Jerry Seinfeld and Steve Martin to Chris Rock, Seth Rogen and Lena Dunham. Sick in the Head is Apatow’s gift to comedy nerds everywhere.

‘Open this book anywhere, and you’re bound to find some interesting nugget from someone who has had you in stitches many, many times’ – The New York Times